Phil Cutchin (September 9, 1920 – January 7, 1999) was an American football player and coach. He served as the head football coach at Oklahoma State University–Stillwater from 1963 to 1968, compiling a record of 19–38–2. Although he never had a winning season at Oklahoma State, he led the team to their first win over Oklahoma in 20 years. He played college football at the University of Kentucky, where he subsequently worked as an assistant coach under coach Bear Bryant and accompanied Bryant to coach at Texas A&M and Alabama. 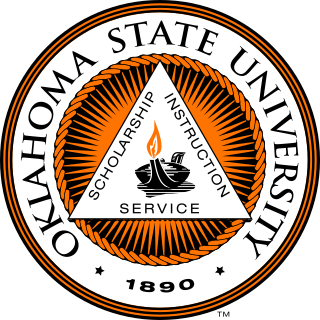 Oklahoma State University is a public land-grant and sun-grant research university in Stillwater, Oklahoma. OSU was founded in 1890 under the Morrill Act. Originally known as Oklahoma Agricultural and Mechanical College, it is the flagship institution of the Oklahoma State University System. Official enrollment for the fall 2010 semester system-wide was 35,073, with 23,459 students enrolled at OSU-Stillwater. Enrollment shows the Freshman class of 2012 was the largest on record with 4,298 students. OSU is classified by the Carnegie Foundation as a research university with highest research activity. 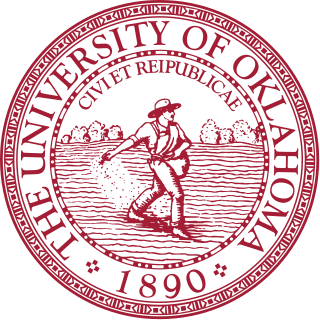 The University of Oklahoma (OU) is a public research university in Norman, Oklahoma. Founded in 1890, it had existed in Oklahoma Territory near Indian Territory for 17 years before the two became the state of Oklahoma. In Fall 2018 the university had 31,702 students enrolled, most at its main campus in Norman. Employing nearly 3,000 faculty members, the school offers 152 baccalaureate programs, 160 master's programs, 75 doctorate programs, and 20 majors at the first professional level. David Boren, a former U.S. Senator and Oklahoma Governor, served as the university's president from 1994 to 2018. James L. Gallogly succeeded Boren on July 1, 2018.

Paul William "Bear" Bryant was an American college football player and coach. He was best known as the head coach of the University of Alabama football team. During his 25-year tenure as Alabama's head coach, he amassed six national championships and thirteen conference championships. Upon his retirement in 1982, he held the record for most wins as head coach in collegiate football history with 323 wins. The Paul W. Bryant Museum, Paul W. Bryant Hall, Paul W. Bryant Drive, and Bryant–Denny Stadium are all named in his honor at the University of Alabama. He was also known for his trademark black and white houndstooth fedora, deep voice, casually leaning up against the goal post during pre-game warmups, and holding his rolled-up game plan while on the sidelines. Before arriving at Alabama, Bryant was head football coach at the University of Maryland, the University of Kentucky, and Texas A&M University. 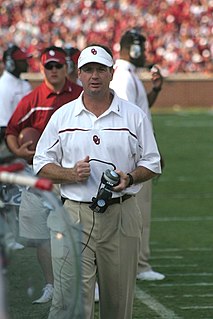 Robert Anthony Stoops is an American football coach who serves as head coach and general manager of the planned Dallas-based XFL team. He was the head football coach at the University of Oklahoma from 1999 until he announced his retirement June 7, 2017. During the 2000 season, Stoops led the Sooners to an Orange Bowl victory and a national championship.

Larry Edward Coker is an American football coach and former player. From 2001 to 2006, he served as the head coach at the University of Miami. His 2001 Miami team was named the consensus national champion after an undefeated season that culminated with a victory in the Rose Bowl over Nebraska. In the process of winning the championship, Coker became the second head coach since 1948 to win the national championship in his first season. Coker was fired by Miami on November 24, 2006 following his sixth loss that season. After a stint as a television analyst for ESPNU, he was announced as the head coach for UTSA, whose Roadrunners football team began play in 2011. He resigned as UTSA coach on January 5, 2016.

Howard Leslie Schnellenberger is a retired American football coach with long service at both the professional and college levels. He held head coaching positions with the National Football League's Baltimore Colts and in college for the University of Miami, University of Oklahoma, University of Louisville and Florida Atlantic University. He won a national championship with Miami in 1983. Schnellenberger also worked extensively as an assistant coach at the college and pro levels, including as part of the staff of the undefeated 1972 Miami Dolphins. He is also famous for recruiting Joe Namath to Alabama for Bear Bryant in 1961.

Travon Levar Bryant is an American former professional basketball player who currently works as an assistant coach working with player development for the Brooklyn Nets of the National Basketball Association (NBA). He played college basketball for the University of Missouri.

Mark Craig Bryant is an American retired professional basketball player who was selected by the Portland Trail Blazers in the 1st round of the 1988 NBA draft. Bryant played for 10 NBA teams during his career, averaging 5.4 ppg and appeared in the 1990 and 1992 NBA Finals as a member of the Blazers. He played collegiately at Seton Hall University. He is currently an assistant coach for the Oklahoma City Thunder.

The Oklahoma Sooners football program is a college football team that represents the University of Oklahoma. The team is a member of the Big 12 Conference, which is in Division I Football Bowl Subdivision of the National Collegiate Athletic Association (NCAA). The program began in 1895 and is one of the most successful programs since World War II with the most wins (606) and the highest winning percentage (.762) since 1945. The program has 7 national championships, 48 conference championships, 162 First Team All-Americans, and seven Heisman Trophy winners. In addition, the school has had 23 members inducted into the College Football Hall of Fame and holds the record for the longest winning streak in Division I history with 47 straight victories. Oklahoma is also the only program that has had four coaches with 100+ wins. They became the sixth NCAA FBS team to win 850 games when they defeated the Kansas Jayhawks on November 22, 2014. The Sooners play their home games at Gaylord Family Oklahoma Memorial Stadium in Norman, Oklahoma. Lincoln Riley is currently the team's head coach.

Jennings Bryan "Ears" Whitworth was an American football player and coach of football and baseball. He served as the head football coach at Oklahoma Agricultural and Mechanical College—now known as Oklahoma State University–Stillwater—from 1950 to 1954 and the University of Alabama from 1955 to 1957, compiling a career college football coaching record of 26–51–4. Whitworth also coached baseball at Alabama from 1933 to 1934 and the University of Georgia in 1943, tallying a career college baseball coaching mark of 22–21.

The Oklahoma State Cowboys football program represents Oklahoma State University–Stillwater in college football. The team is a member of the Big 12 Conference and competes at the NCAA Division I Football Bowl Subdivision level. The Cowboys are led by Mike Gundy, who is in his fourteenth year as head coach. Oklahoma State plays their home games at Boone Pickens Stadium in Stillwater, Oklahoma.

The Bryant Bulldogs football program represents Bryant University in college football. The Bulldogs are members of the Northeast Conference and compete at the NCAA Division I Football Championship Subdivision level. Since its inception in 1999, the team has played its home game at Bulldog Stadium in Smithfield, Rhode Island.

James Bedford Harris was an American football defensive back in the National Football League (NFL) for the Philadelphia Eagles, Los Angeles Rams, and Dallas Cowboys. He also was a member of the Dallas Texans in the American Football League (AFL). He played college football at the University of Oklahoma. 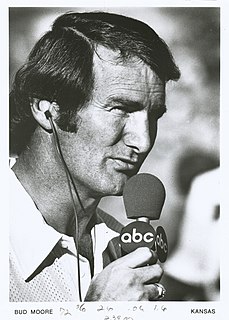 Robert W. "Bud" Moore is a former American football player and coach. He served as the head coach at the University of Kansas from 1975 to 1978, compiling a record of 18–26–1. In his first season in 1975, Moore was named Big Eight Coach of the Year and was runner up to Woody Hayes of Ohio State as the Football Writers Association of America National Coach of the Year. Moore led his team to a 23–3 upset over eventual national champion Oklahoma, breaking the Sooners' 37-game unbeaten streak and handing coach Barry Switzer his first loss.

Larry Lacewell is a former American football player, coach, scout, and college athletics administrator. He served as the head football coach at Arkansas State University from 1979 to 1989, compiling a record of 69–58–4. Lacewell was later the longtime director of scouting for the Dallas Cowboys of the National Football League. 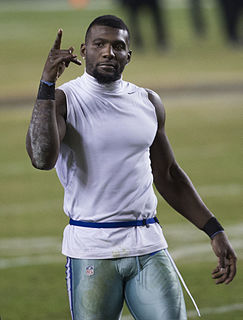 Desmond Demond Bryant is an American football wide receiver who is currently a free agent. He played college football at Oklahoma State, where he earned All-American honors in 2008. He was drafted by the Dallas Cowboys in the first round of the 2010 NFL Draft and has earned three Pro Bowl berths and was a First-team All-Pro player in 2014.

Chad Walker is an American football coach who is an offensive assistant for the Atlanta Falcons. Chad spent his first season in Atlanta as the assistant defensive backs coach. He was formerly a quality control assistant at the University of Oklahoma before he joined the Falcons as a defensive assistant.