Philip Hauge Abelson (April 27, 1913 – August 1, 2004) was an American physicist, scientific editor and science writer. Trained as a nuclear physicist, he co-discovered the element neptunium, worked on isotope separation in the Manhattan Project, and wrote the first study of nuclear marine propulsion for submarines. He later worked on a broad range of scientific topics and related public policy, including organic geochemistry, paleobiology and energy policy.

Abelson served as editor-in-chief of the journal Science from 1962-84, president of the Carnegie Institution of Washington from 1971-78, and president of the American Geophysical Union from 1972-74. His frequent editorials in Science, both during and after his term as editor, became known for their strident and thought-provoking views. A collection of 100 of his editorials was published as a book, entitled Enough of Pessimism. He may have been the original source of the phrase 'extraordinary claims require extraordinary evidence'.

Abelson was born on April 27, 1913, [1] in Tacoma, Washington. He attended Washington State University, where he received degrees in chemistry and physics, and the University of California, Berkeley (UC Berkeley), where he earned his PhD in nuclear physics. As a young physicist, he worked for Ernest Lawrence at the UC Berkeley. He was among the first American scientists to verify nuclear fission in an article submitted to the Physical Review in February 1939. [2] From 1939 until 1941, he worked as an assistant physicist at the Carnegie Institution in Washington, D.C. It was while he was here that he worked on a substance that emitted beta rays and was produced by irradiation of uranium with neutrons. After he collaborated with the Nobel Prize laureate Luis Alvarez they isolated the material, and became the co-discoverer of neptunium on 8 June 1940 with Edwin McMillan. [1] McMillan was awarded the Nobel Prize for this discovery among other elements.

Abelson was a key contributor to the Manhattan Project during World War II, while working with the Naval Research Laboratory. [1] Although he was not formally associated with the atom bomb project, the liquid thermal diffusion isotope separation technique that he invented at the Philadelphia Navy Yard was used in the S-50 plant in Oak Ridge, Tennessee, and proved a critical step in creating the large amount of nuclear fuel required for building atomic bombs.

After the war, he turned his attention under the guidance of Ross Gunn to applying nuclear power to naval propulsion. While not written at an engineering-design level, he wrote the first physics report detailing how a nuclear reactor could be installed in a submarine, providing both propulsion and electrical power. His report anticipated the nuclear submarine's role as a missile platform. This concept was later supported by Admiral Hyman G. Rickover and others. Under Rickover, the concept became reality in the form of USS Nautilus, the world's first nuclear submarine.

Abelson was outspoken and well known for his opinions on science. In a 1964 editorial published in Science magazine, Abelson identified overspecialization in science as a form of bigotry. He outlined his view that the pressure towards specialization beginning in undergraduate study and intensifying in PhD programs leads students to believe that their area of specialization is the most important, even to the extreme view that other intellectual pursuits are worthless. He reasoned that such overspecialization led to obsolescence of one's work, often through a focus on trivial aspects of a field, and that avoidance of such bigotry was essential to guiding the direction of one's work. [4]

In a 1965 article he described his work in paleobiology and reported evidence of amino acids recovered from fossils hundreds of millions of years in age and fatty acids in rocks dating over a billion years old. [1] He estimated that based on his experiments alanine would be stable for billions of years. [5]

Abelson may have been the original source of the phrase 'extraordinary claims require extraordinary evidence', which he used in 1978 and was subsequently popularised by Carl Sagan. [6] [7] [8]

Perhaps his most famous work from this time period is an editorial entitled "Enough of Pessimism" ("enough of pessimism, it only leads to paralysis and decay"). This became the title of a 100 essay collection. [9]

During the 1970s he became interested in the problem of world energy supplies. Books on the topic include Energy for Tomorrow (1975), from a series of lectures at the University of Washington, and Energy II: Use Conservation and Supply. He pointed out the possibilities of mining the Athabascan tar sands, as well as oil shale in the Colorado Rockies. In addition he urged conservation and a change of attitude towards public transit. [10]

After 1984, he remained associated with the magazine. Some have claimed him to be an early skeptic of the case for global warming on the basis of a lead editorial in the magazine dated March 31, 1990, in which he wrote, "[I]f the global warming situation is analyzed applying the customary standards of scientific inquiry one must conclude that there has been more hype than solid fact." However, this contrasts what is said in a US National Research Council, Energy and Environment report on which his name appears along with Thomas F. Malone over a decade earlier in 1977:

What is important is not that there are differences [in the models] but that the span of agreement embraces a fourfold to eightfold increase in atmospheric carbon dioxide in the latter part of the twenty-second century. Our best understanding of the relation between an increase in carbon dioxide in the atmosphere and change in global temperature suggests a corresponding increase in average world temperature of more than 6°C, with polar temperature increases of as much as three times this figure. This would exceed by far the temperature fluctuations of the past several thousand years and would very likely, along the way, have a highly significant impact on global precipitation.

Abelson died on August 1, 2004, from respiratory complications following a brief illness. He was married to Neva Abelson, a distinguished research physician who co-discovered the Rh blood factor test (with L. K. Diamond). Their daughter, Ellen Abelson Cherniavsky, worked as an aviation researcher for the MITRE corporation in Virginia.

The mineral abelsonite is named after Abelson in recognition of his contribution to organic geochemistry. [15]

The Philip and Neva Abelson Hall at Washington State University was named in his honor. [16] 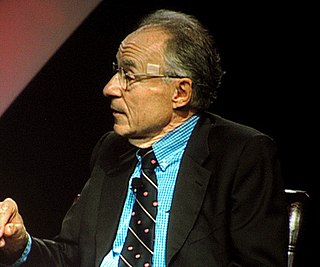 The year 1940 in science and technology involved some significant events, listed below.

Philip Warren Anderson was an American theoretical physicist and Nobel laureate. Anderson made contributions to the theories of localization, antiferromagnetism, symmetry breaking, and high-temperature superconductivity, and to the philosophy of science through his writings on emergent phenomena. 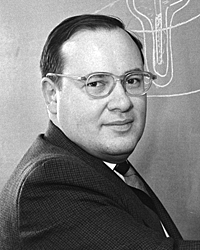 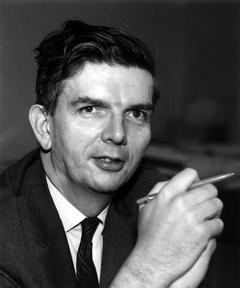 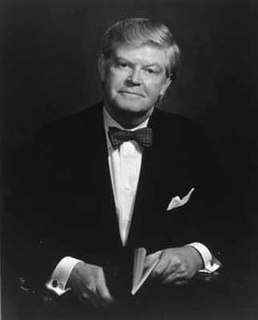 Phaedon Avouris is a Greek chemical physicist. He is an IBM Fellow and the group leader for Nanometer Scale Science and Technology at the Thomas J. Watson Research Center in Yorktown Heights, New York.

Brian Todd O'Leary was an American scientist, author, and NASA astronaut. He was part of NASA Astronaut Group 6, a group of scientist-astronauts chosen with the intention of training for the Apollo Applications Program. 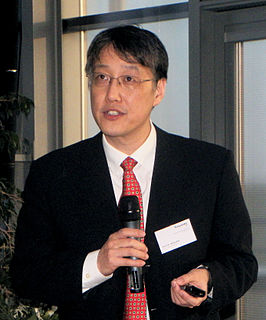 Philip Kim is a South Korean physicist. He is a condensed matter physicist known for study of quantum transport in carbon nanotubes and graphene, including observations of quantum Hall effects in graphene.

Joseph Carl Hafele was an American physicist best known for the Hafele–Keating experiment, a test of Einstein's theory of general relativity.

Ross Gunn was an American physicist who worked on the Manhattan Project during World War II. The New York Times described him as "one of the true fathers of the nuclear submarine program".

Robert G. Sachs was an American theoretical physicist, a founder and a director of the Argonne National Laboratory. Sachs was also notable for his work in theoretical nuclear physics, terminal ballistics, and nuclear power reactors. Sachs was also a member of the National Academy of Sciences, chairman of the Academy's Physics Section, chairman of the Academy's Class I, and director of the Enrico Fermi Institute of the University of Chicago. Sachs was the author of the standard textbook Nuclear Theory (1953).

Lowell S. Brown is an American theoretical physicist, a retired Staff Scientist and Laboratory Fellow at Los Alamos National Laboratory, and Professor Emeritus of physics at University of Washington. He was a student of Julian Schwinger at Harvard University and a recipient of the John Simon Guggenheim Memorial Foundation Fellowship. Brown authored a book on Quantum Field Theory that has received over 5,000 citations, and he has authored or co-authored over 150 articles that have accumulated over 11,000 citations. 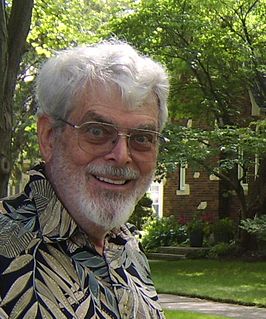 Johndale C. Solem is an American theoretical physicist and Fellow of Los Alamos National Laboratory. Solem has authored or co-authored over 185 technical papers in many different scientific fields. He is known for his work on avoiding comet or asteroid collisions with Earth and on interstellar spacecraft propulsion.

Bedangadas Mohanty is an Indian physicist specialising in experimental high energy physics, and is affiliated to National Institute of Science Education and Research, Bhubaneswar. He was awarded the Shanti Swarup Bhatnagar Prize for Science and Technology in 2015, the highest science award in India, in the physical sciences category. He has been elected as the fellow of the Indian National Science Academy, New Delhi, Indian Academy of Sciences, Bangalore and National Academy of Sciences, India.

George Curriden Baldwin was an American theoretical and experimental physicist. He was a professor of nuclear engineering at Rensselaer Polytechnic Institute and a scientist working at the General Electric Research Laboratory and at the Los Alamos National Laboratory. He wrote a book on Nonlinear Optics and authored or co-authored over 130 technical papers.

Erio Tosatti is an Italian theoretical physicist active at the International School for Advanced Studies (SISSA), and at the Abdus Salam International Centre for Theoretical Physics (ICTP), both in Trieste, Italy. He is a broad-scope theorist who carried out research on a wide range of condensed matter physics phenomena. His early work dealt with optical properties, electron energy loss, theory of excitons and nonlocal dielectric response in solids, including layer crystals such as graphite and semiconductors; charge- and spin-density-waves; surface physics in all its aspects, particularly reconstruction, roughening and melting, also in clusters; the prediction the Berry phase in fullerene; the first calculated STM map of graphite, now a standard in the field; matter at extreme pressures: carbon, oxygen, hydrogen, CO2, iron at earth core conditions, water and ammonia at deep planetary conditions, pressure-induced insulator-metal transitions in layer compounds like MoS2. In nanophysics, he and his group predicted helical structures of metal nanowires; the spontaneous magnetism of metal nanocontacts, including the electronic circumstances for normal or ferromagnetic Kondo effect therein. His and his collaborator's theory of strongly correlated superconductivity was recently confirmed in compounds such as Cs3C60. Pioneering papers on quantum annealing are now basic to current developments in quantum computing. More recently he moved on to the theory of nanofriction, a field where he also obtained the ERC Advanced Grant MODPHYSFRICT 2013-2019. More details of his current and past research activity can be found here.