Philip Nicholas Shuttleworth (9 February 1782 – 7 January 1842) was an English churchman and academic, Warden of New College, Oxford, from 1822 and Bishop of Chichester.

Soon after graduating he became tutor to the Hon. Algernon Herbert, and at a subsequent date to Charles Richard Fox, son of Henry Vassall-Fox, 3rd Baron Holland. He was Tutor and Fellow of New College until 1822, and proctor of the university in 1820. In 1822, he was unanimously chosen Warden of New College. He held strong whig views, which were toned down in later life, and was an opponent of the tractarian movement.

On 19 November 1824, he was presented by Lord Holland to the rectory of Foxley, Wiltshire, and in September 1840 was appointed bishop of Chichester. He died at his palace at Chichester on 7 January 1842. He married at Hambleton, Buckinghamshire, in 1823, Emma Martha, daughter of George Welch of High Leek in Tunstal parish, Lancashire. By her he had five daughters, one of whom as Frances Bevan the translator and poet. A son, Philip Ughtred, died as a student of Christ Church, Oxford, on 27 November 1848.

He wrote occasional verse, some of which appears in the Gentleman's Magazine for 1861, and in Elizabeth Oak Gordon's Life of William Buckland, 1891. His playful "Specimen of a Geological Lecture" is given in Charles Daubeny's Fugitive Poems connected with Natural History and Physical Science, 1869.

Henry Edward Manning was an English prelate of the Roman Catholic church, and the second Archbishop of Westminster from 1865 until his death in 1892. 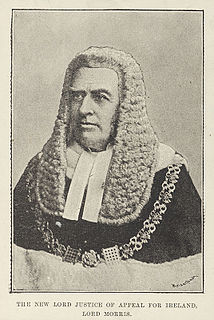 Edwyn Robert Bevan OBE, FBA was a versatile British philosopher and historian of the Hellenistic world. 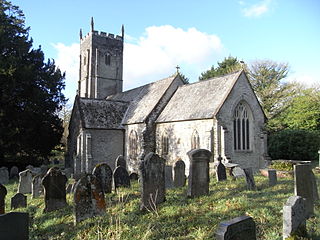 The Rt Rev Richard Durnford was the Bishop of Chichester from 1870 to 1895.

Nathaniel Baxter was an English clergyman and poet. In earlier life tutor to Sir Philip Sidney, and interested in the manner of Sidney's circle in literature and Ramist logic, he became more sternly religious in his opinions. He is now remembered for his 1606 poem Ourania, though not for its poetic merit.

Ashurst Turner Gilbert was an English churchman and academic, Principal of Brasenose College, Oxford from 1822 and bishop of Chichester.

Edmund Hobhouse was the English-born bishop of Nelson, New Zealand, and an antiquary.

Thomas Shuttleworth Grimshawe (1778–1850), was an English biographer and Anglican priest.

John Hannah was a Church of England clergyman and schoolmaster.

William Nicholas Darnell (1776–1865) was an English cleric, academic and antiquarian.