Philip Tannura (March 28, 1897 – December 7, 1973) was an American cinematographer who worked on over a hundred films during his career. Tannura also directed and acted in several short films and worked on a number of Three Stooges shorts as cinematographer.

Tannura spent much of his career making mid to low-budget films for the Hollywood studios. In the early 1930s, he went to London to work in the British film industry. He was able to work on more expensive, quality productions during these years including several films produced by the Hungarian-born tycoon Max Schach. Following the outbreak of the Second World War in Europe, he returned to America. In 1941, he was cinematographer for the Rita Hayworth and Fred Astaire musical You'll Never Get Rich . [1] Generally much of his later work, often at Columbia Pictures, was on film series such as the Lone Wolf and The Whistler . From the early 1950s, to the end of his career, he worked in television. 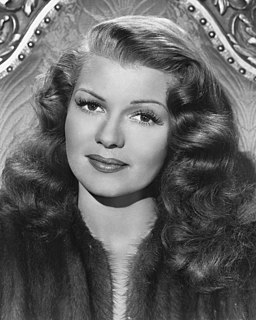 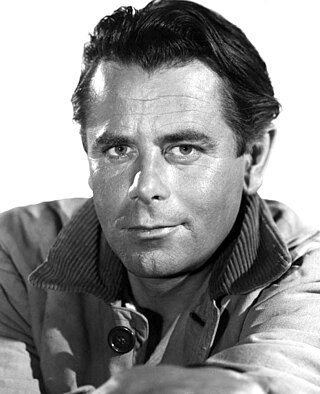 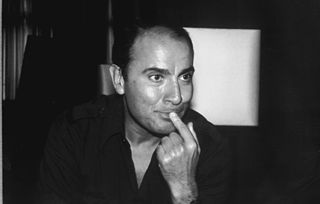 Juan Manuel Puig Delledonne, commonly called Manuel Puig, was an Argentine author. Among his best-known novels are La traición de Rita Hayworth, Boquitas pintadas, and El beso de la mujer araña which was adapted into the film released in 1985, directed by the Argentine-Brazilian director Héctor Babenco; and a Broadway musical in 1993. 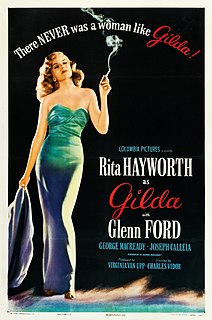 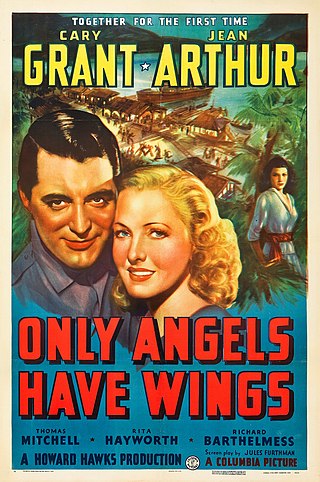 Only Angels Have Wings is a 1939 American adventure drama film directed by Howard Hawks, starring Cary Grant and Jean Arthur, and is based on a story written by Hawks. Its plot follows the manager of an air freight company in a remote South American port town who is forced to risk his pilots' lives while vying for a major contract. It features supporting performances from Thomas Mitchell, Richard Barthelmess, Noah Beery Jr., and Rita Hayworth, marking her first major role. 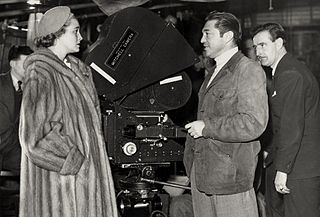 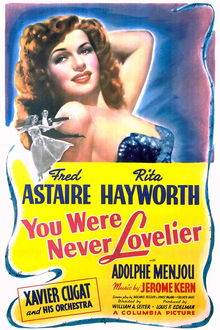 You Were Never Lovelier is a 1942 American musical romantic comedy film directed by William A. Seiter and starring Fred Astaire and Rita Hayworth. The supporting cast also features Adolphe Menjou, Xavier Cugat and Adele Mara. The music was composed by Jerome Kern and the lyrics by Johnny Mercer. The picture was released by Columbia Pictures and includes the elaborate "Shorty George" song and dance sequence.

James Goldstone was an American film and television director whose career spanned over thirty years.

Tonight and Every Night is a 1945 American musical film directed by Victor Saville and starring Rita Hayworth, Lee Bowman and Janet Blair. The film portrays wartime romance and tragedy in a London musical show, loosely modelled on the Windmill Theatre in Soho, that determined not to miss a single performance during the Blitz. Hayworth plays an American showgirl who falls in love with an RAF pilot played by Bowman. 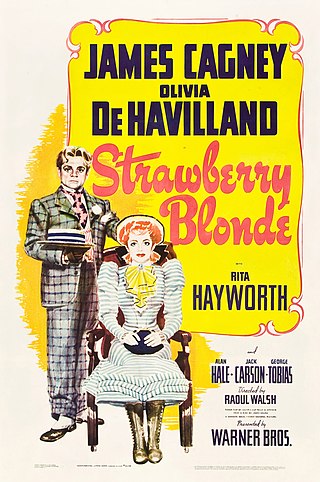 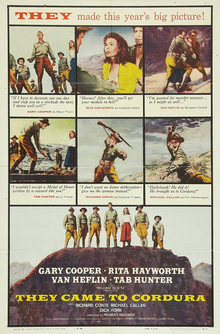 They Came to Cordura is a 1959 American Western film co-written and directed by Robert Rossen and starring Gary Cooper, Rita Hayworth, Van Heflin and Tab Hunter. It was based on a 1958 novel by Glendon Swarthout. 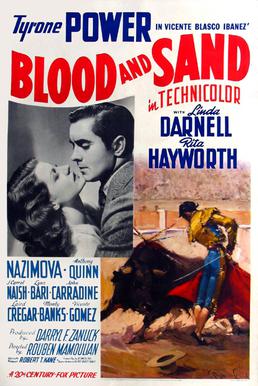 Blood and Sand is a 1941 American romantic Technicolor film directed by Rouben Mamoulian and starring Tyrone Power, Linda Darnell, Rita Hayworth, and Nazimova. It was produced by 20th Century Fox and was based on the 1908 Spanish novel, which was critical of bullfighting, Blood and Sand, by Vicente Blasco Ibanez. The supporting cast features Anthony Quinn, Lynn Bari, Laird Cregar, J. Carrol Naish, John Carradine and George Reeves. Rita Hayworth's singing voice was dubbed by Gracilla Pirraga. 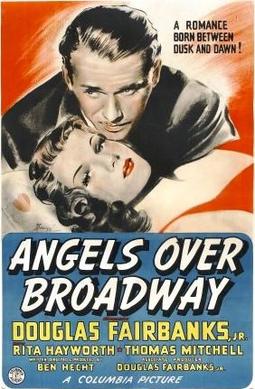 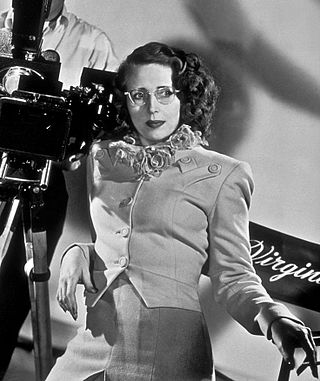 The Bronze Screen directed and produced by Susan Racho, and Alberto Dominguez, examines, analyzes, and critiques the portrayal of Latinos in Hollywood over the course of a century. Released in 2002, the documentary traces the different stereotypes evoked by Hollywood throughout the mid 19th and 20th century. This is done through the use of silent films and small excerpts from a variety of movie genres that feature Latinos. Carmen Miranda and Margarita Cansino are a few of the many Latin actors and actresses whose careers, according to film historians, directors, and fellow actors featured in the documentary, were fabricated and highly manipulated by Hollywood. Furthermore, these actresses are used to illustrate the politics behind American Cinema and Latino/a negative representations in Hollywood. In addition to exploring stereotypes and negative representations of Latinos, The Bronze Screen also acknowledges the contribution and emergence of Latino writers, directors, cinematographers, composers, and graphic designers. Luis Valdez, Pablo Ferro, Moctesuma Esparza, and John Alonzo are a few, among the many featured in the documentary, that have paved the way for other Latinos who want to work in the industry, as well as, portrayed Latinos in a more positive manner through their films. 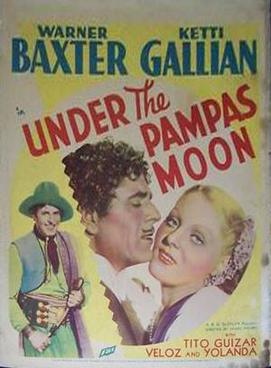 Under the Pampas Moon, also known as The Gaucho, is a 1935 American Western film directed by James Tinling and starring Warner Baxter and Ketti Gallian. Baxter plays an Argentine gaucho. Rita Hayworth also had an early role in the film. The film has been cited as a "ludicrously dated essay into South American caricature". 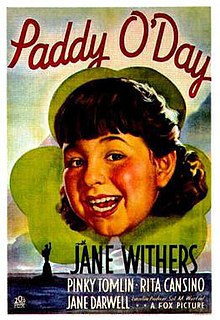 Paddy O'Day is a 1936 American comedy-drama film directed by Lewis Seiler and released by 20th Century Fox. It stars Jane Withers, Pinky Tomlin, and Rita Hayworth. The story follows the adventures of a plucky Irish girl who arrives at Ellis Island only to discover that her mother, a cook in a wealthy Long Island home, has died. Hiding from the immigration officers who want to deport her, she charms everyone she meets, including the service staff and reclusive young master of the house. She goes to live with a family of Russian dancers that she met on the ship, and performs with them in their nightclub. Withers uses a heavy Irish brogue for her character and sings one song with an Irish accent and another song with a Russian accent. She also dances in several numbers, while Hayworth performs a traditional Russian dance in a nightclub revue.

Henry C. Rogers was an American publicist in the entertainment industry. He worked with notable actors and singers, such as Rita Hayworth, Joan Crawford, Frank Sinatra, Shirley MacLaine, Dean Martin, Audrey Hepburn, Paul Newman, Steve McQueen, Paul McCartney, and many others. Rogers wrote four books, titled Walking the Tightrope: the private confessions of a public relations man, Rogers' Rules for Success, The One-Hat Solution: Rogers' Strategy for Creative Middle Management, and Rogers' Rules for Businesswomen: How to Start a Career and Move Up the Ladder.