Phineas Gladney John (1910–1985) was a Welsh professional boxer who fought from 1927 and 1940. John ended his career as a featherweight, but in his early professional bouts, he fought as a flyweight before increasing to bantamweight. Soon after he turned professional John competed for area titles, taking the Welsh flyweight belt in 1928 and then the Welsh bantamweight in 1929. After 1929 John failed to pursue any further titles, but continued fighting across the United Kingdom, ending his career with at least 242 professional fights. [1]

Rhondda born Phineas John, turned professional around 1926, fighting local fighters in the Glamorgan area of south Wales, mainly in Bridgend and Pontypridd. [1] Initially a flyweight fighter, one of his first notable fights was a win over Jack Glover in February 1928 at Milford Haven. A month later he was invited to fight at the National Sporting Club in London, losing on points to Dick Manning. He followed this with two fights in Liverpool in April 1928, before returning to Wales to face Minty Rose in an eliminator for the Welsh Area flyweight title. The fifteen round fight went the full distance with John being given the bout on points decision. Despite the fight being an eliminator, when the vacant title was contended on 11 August 1928 at Merthyr Tydfil, his rival was again Minty Rose, the fighter he had defeated to be given the title shot. The fight was scheduled for fifteen rounds and again went the distance, and as before John was given the points decision, making John the Welsh flyweight champion. John completed 1928 with a string of seven fights without defeat.

1929 started with a loss through disqualification to Billy Clarke, before recording seven straight wins, including a victories over Cuthbert Taylor and Bert Kirby, and a successful defence of his flyweight title to Merthyr fighter Jerry O'Neil. During this period, John and his brother Eddie, who was also fighting at flyweight, were classed as the highest ranked fighters in the Welsh Area and a fight for the title was considered between them. [2] The Welsh Boxing Association wrote to the British Boxing Board of Control who decided the fight should not take place. His winning streak was stopped on 22 April 1929, when he faced Jackie Brown at the National Sporting Club. John lost on points to Brown, who later that year would become British flyweight champion. John faced further disappointment that year when he lost his Welsh flyweight title to Freddy Morgan on 22 July.

John responded to his title loss by moving up a weight division to bantamweight. His first bout at his new weight saw him take the Welsh Area bantamweight title from Cuthbert Taylor in a contest on 2 September 1929 at Pontypridd. By 1930 John had moved up the weights again, settling at featherweight. He took on-board manager Ted Broadribb, and in 1931 John moved his family to London and centred his boxing career there. [3] His time fighting out of London was very successful winning 19 out of 25 fights, with only three losses. Of those three losses two were against Benny Sharkey. In April 1932, John travelled to South Africa, where he undertook three fights at City Hall in Johannesburg. He won all three bouts, including a points win over South African featherweight champion Willie Smith and future South African champion, Len McLoughlin. On his return to Great Britain, John fought another six times that year, with patchy results; winning three but losing against Ginger Jones, Seaman Tommy Watson and another defeat at the hands of Benny Sharkey.

In 1933, the News Chronicle and the Sporting Life set up a knockout contest between 16 featherweight contenders, to find a challenger to face British champion Nel Tarleton. [3] The final, contested at Belle Vue in Manchester on 15 May, was between John and Benny Sharkey, the fighter who had beaten John on their previous three fights. Despite their previous form, John won the fight on points and was awarded a handsome gold belt for his achievement. [4] The challenge for the British title against Tarleton didn't occur, as both men were managed by Broadribb and the fight was never on. [3]

In 1934, John again travelled abroad to fight, this time to Australia. John was forced to retire from both his Australian fights, suffering a cut eye against Varias Milling, and then a tenth round retirement, again from an open cut above the eye, against Merv 'Darkie' Blandon. [5] [6] On his return from Australia, John's form suffered, finishing 1934 with losses to Johnny King, Dick Corbett and Cuthbert Taylor. His form didn't recover until 1938 when he lost only four of his seventeen bouts, which saw John defeat the likes of George Marsden and Tommy Hyams.

John continued to box until 1940, ending his career fighting in exhibition boxes for the armed forces. [3] He and his family moved back to Wales in 1946 where he became a founder member of the Welsh ex-Boxers' Association in 1976. John died in 1985. [3]

In a 1977 interview for the BBC, John was involved in a disagreement with fellow Welsh fighter Glen Moody, who believed that a fighter of class would not attack an open wound of an opponent. John disagreed and stated that he would work on the wound to win the fight. [7] 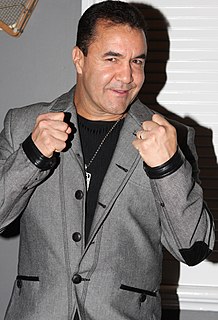 Jeff Fenech is a retired Australian professional boxer. He won world titles in three weight divisions, and is best known for his trilogy with Ghanaian boxer Azumah Nelson. Fenech was trained by renowned Sydney-based trainer Johnny Lewis. He is currently a boxing trainer himself. 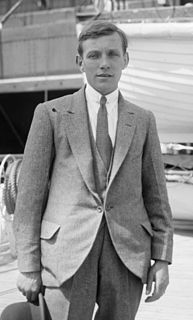 William James Wilde was a Welsh professional boxer who competed from 1911 to 1923. He held the IBU world flyweight title in 1916, the EBU European flyweight title twice; firstly in 1914 and again from 1916 to 1917, the BBBofC British flyweight title in 1916 and the National Sporting Club’s British flyweight title from 1916 to 1918. Often regarded as the greatest British fighter of all time, he was the first official world flyweight champion and was rated by American boxing writer Nat Fleischer, as well as many other professionals and fans including former boxer, trainer, manager and promoter, Charley 'Broadway' Rose, as "the Greatest Flyweight Boxer Ever". Wilde earned various nicknames such as, "The Mighty Atom," "Ghost with the Hammer in His Hand" and "The Tylorstown Terror" due to his bludgeoning punching power. While reigning as the world's greatest flyweight, Wilde would take on bantamweights and even featherweights, and knock them out. As well as his professional career, Wilde participated in 151 bouts judged as 'newspaper decisions', of these the results were: Won 7 and lost 1, with 143 being declared as 'no decisions'. Wilde has the longest recorded unbeaten streak in boxing history, having gone 92-0-1. 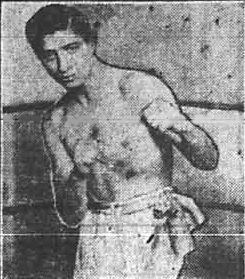 Benny Valgar, frequently spelled "Valger", won the Featherweight Boxing Championship of the world in the resounding decision of newspapers on February 25, 1920. However, he did not knockout Johnny Kilbane, the reigning champion, so by previous agreement, could not take the title. Other sources observed that Valgar forfeited the match because he was less than a pound overweight from the featherweight limit of 124 pounds. Kilbane could have waved the forfeit, but chose not to.

Kennedy McKinney is an American former professional boxer, who won the bantamweight gold medal at the 1988 Summer Olympics. As a professional, he won the IBF and WBO super bantamweight titles.

Pinky Silverberg was a Connecticut-based American boxer who briefly held the National Boxing Association (NBA) World Flyweight title in late 1927. With an efficient defense, Silverberg was knocked out only once in his career by Willie LaMorte in 1926. His managers were Johnny Herman, Lou Anger, and Joe Smith. Problems with his hands, which were often broken during his career, may have hampered many of his boxing performances.

John Lisky, better known as Johnny Buff, was an American boxer. He was World Bantamweight Champion from 1921 to 1922.

Cuthbert Taylor was a Welsh boxer who competed for Great Britain in the 1928 Summer Olympics. He was Welsh Bantamweight Champion. 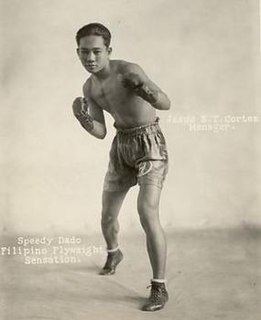 Diosdado Posadas, better known as Speedy Dado, was a Filipino boxer who contended for the world flyweight, bantamweight and featherweight championships. His managers included Frank Churchill, and Jesus Cortez.

Bryn "Ginger" Jones was a professional boxer from Wales. Born in Ferndale, but later based in Ammanford, Jones was notable for becoming the Welsh featherweight champion in 1929.

George Sutton, Sr was a Welsh boxer who held the Welsh flyweight title on two occasions. His brother, Jackie Sutton, also held a Wales boxing belt and his son, George Jr, contested the British Bantamweight title. Sutton's career record was poor, and his few wins tended to coincide with the challenges he made for the Welsh titles. 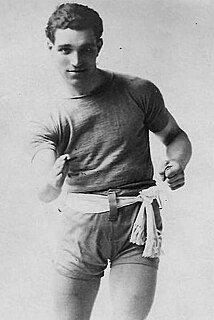 Eugène Huat was a French boxer who was champion of France and Europe at flyweight, and fought four times for world titles at bantamweight.