The Phoenix Roadrunners were a professional ice hockey team in Phoenix, Arizona. They were a member of the Western Hockey League from 1967 to 1974. After the 1974 season, the franchise moved to the World Hockey Association. The team played at the Arizona Veterans Memorial Coliseum, aka “The Madhouse on McDowell.”

The franchise originally competed in the Western Hockey League (WHL) from 1967 to 1974. The team was established after a group from Phoenix purchased the Victoria Maple Leafs in June 1967 from Maple Leaf Gardens Limited for $500,000 [1] [2] [3] [4] and relocated the team from Victoria, British Columbia, where they had played for the three previous seasons, to become the Roadrunners. [5] [6] [7]

They won the championship trophy, the Lester Patrick Cup, twice during their tenure in the WHL (1972–73 and 1973–74). In 1974 they joined the WHA with their roster mostly intact when the minor pro WHL ceased operations.

The Phoenix Roadrunners were a minor league ice hockey team based in Phoenix, Arizona. They played in the ECHL beginning in the 2005–06 season and ceasing operations at the end of the 2008–09 season. 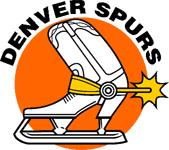 The Denver Spurs were a professional ice hockey team based out of Denver. The Spurs began play in the Western Hockey League in 1968, and played at the Denver Coliseum. The Spurs became the first professional sports team in Colorado to win a championship in 1971–72. After the WHL folded in 1974, the team transferred to the Central Hockey League for the 1974–75 season. 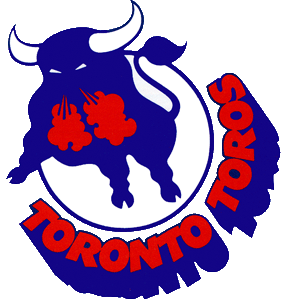 The Toronto Toros were an ice hockey team based in Toronto that played in the World Hockey Association from 1973 to 1976. 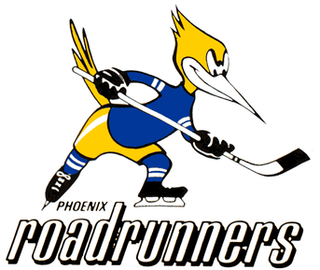 The Phoenix Roadrunners were a professional ice hockey team in the World Hockey Association (WHA) from 1974 to 1977. They played at Arizona Veterans Memorial Coliseum in Phoenix, Arizona. The organization folded for financial reasons before the remaining teams in the WHA merged with the NHL in 1979. The colors of the team were blue and gold. 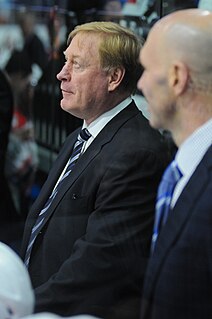 John Murray Anderson is a Canadian former ice hockey right winger. He most recently served as an assistant coach for the Minnesota Wild. He was re-hired as the head coach of the Chicago Wolves of the AHL on July 10, 2013 after coaching them from 1997 to 2008. He is a former head coach of the Atlanta Thrashers and assistant coach of the Phoenix Coyotes of the National Hockey League. He played 12 seasons in the NHL for the Toronto Maple Leafs, Quebec Nordiques and Hartford Whalers. 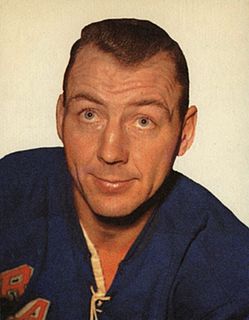 The Denver Invaders were a minor pro ice hockey team that played in Denver, Colorado in the Western Hockey League (WHL) during the 1963-1964 season. In June 1963 the Spokane Comets WHL franchise was purchased by a group led by the Toronto Maple Leafs of the National Hockey League which relocated them to Denver to act as their farm team. Though the league did not acknowledge that the Maple Leafs had an ownership stake in the team, they held a majority position with the Denver partners only owning roughly 36%.

Howard John Edward "Cowboy" Young was a Canadian professional ice hockey player and actor, best known for his time in the National Hockey League with the Detroit Red Wings in the 1960s. 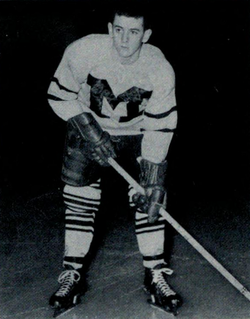 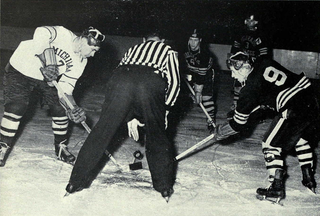 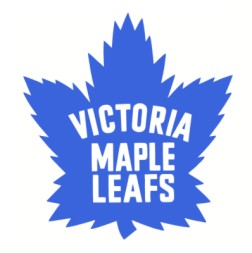 The Victoria Maple Leafs were a minor pro ice hockey team in the Western Hockey League (WHL) that played three seasons in Victoria, British Columbia, beginning in 1964. They were the farm team of the Toronto Maple Leafs. The previous season the team had played as the Denver Invaders, with the best regular season record in the WHL, and from 1959 to 1963 the team had played as the Spokane Comets. In 1967 they became the Phoenix Roadrunners.

The 1973–74 Toronto Maple Leafs season was the 57th season of the Toronto NHL franchise, 47th as the Maple Leafs. The Leafs placed fourth to make the playoffs, but were swept in the first round by the Boston Bruins. 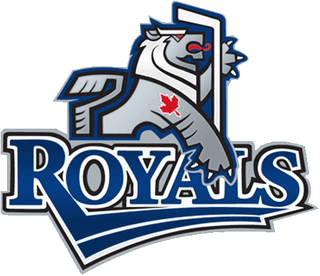 The Victoria Royals are a Canadian major junior ice hockey team currently members of the B.C. Division of the Western Conference in the Western Hockey League (WHL). The team began play during the 2011–12 season after the League announced the relocation of the Chilliwack Bruins to Victoria. It marked the return of the WHL to Vancouver Island, 17 years after the departure of the Victoria Cougars. The Royals are based in Victoria, British Columbia, and play their home games at the Save-On-Foods Memorial Centre.