Pierre Moerlen (23 October 1952, Colmar, Haut-Rhin – 3 May 2005, Sainte-Marie-aux-Mines, near Strasbourg) was a French drummer and percussionist, best known for his work with Gong and Mike Oldfield and as Pierre Moerlen's Gong.

Pierre Moerlen was born in Colmar (Haut-Rhin) on 23 October 1952, third of five children. His father was an organist and his mother was a music teacher. All five siblings learned music with their parents and all became musicians. Pierre's younger brother, Benoît Moerlen, is also a percussionist (he also worked with Gong and Mike Oldfield).

Pierre left Colmar for Strasbourg to learn percussion with Jean Batigne, founder of Les Percussions de Strasbourg. He was also a member of two rock and rock-jazz bands, including Hasm Congélateur (with included future Magma guitarist Gabriel Federow), whose most notable performance was the opening slot at the Seloncourt Festival in September 1972, headlined by Ange, Genesis and Robert Wyatt's Matching Mole.

In January 1973, Moerlen joined Daevid Allen's Gong, debuting on the Angel's Egg (1973) album. In June 1973 he was asked by Virgin Records's boss Richard Branson to play percussion with Mike Oldfield for the premiere of Tubular Bells (1973), to replace the incapacitated Robert Wyatt. Steve Hillage, guitar player of Gong, also took part. Between 1975-87, beginning with Ommadawn (1975), Moerlen would be Oldfield's percussionist of choice for his albums and his tours.

Moerlen left and returned to Gong several times to tour with Les Percussions de Strasbourg (he created with them Musik im Bauch by Karlheinz Stockhausen and Hiérophonie V by Yoshihisa Taïra at Festival international d'art contemporain de Royan, 1975), and although he recorded You (1974) he left just before the tour promoting that album began.

In the summer of 1975, by which time band founder, Daevid Allen, had left, he was asked to return to co-lead the band with Didier Malherbe and Steve Hillage, who himself left shortly thereafter, only appearing on a couple of tracks on the next album Shamal (1976). Another series of line-up changes resulted in the Gazeuse! (1976) album (released as Expresso in the US) with Allan Holdsworth on guitar, following which Malherbe left, leaving Moerlen as the only link with the "classic" Gong line-up. He retained the name for the next album, Expresso II (1978), but to avoid confusion the band's concerts were often announced as Gong-Expresso. Since this wasn't clear enough, the name Pierre Moerlen's Gong (PMG) was used from 1978 onwards.

At this point the band – which included American musicians Bon Lozaga (guitar) and Hansford Rowe (bass) – were playing jazz fusion rather than the Canterbury scene-influenced psychedelia of old. In 1978, PMG were released from the Virgin contract, and signed with Arista, releasing Downwind (1979), Time is the Key (1979), Pierre Moerlen's Gong Live (1980) and Leave It Open (1980). During this period, Moerlen regularly toured internationally with Mike Oldfield.

PMG reformed for two albums and tours in the late 1980s. After spending several years as orchestra pit musician for various musicals, he returned to active service in 1997 when he joined the British jazz-rock outfit Brand X for international touring in 1997. Later that year, he was asked to rejoin Gong, and toured with the band until 1999. He then concentrated on putting together a new PMG line-up and repertoire, which resulted in the live album Pentanine (2004), recorded in Moscow in 2002.

Pierre Moerlen died unexpectedly on 3 May 2005, aged 52, of natural causes. At the time of his death he was rehearsing with a new incarnation of Pierre Moerlen's Gong.

In November 1973, Moerlen participated in a live-in-the-studio performance of Mike Oldfield's Tubular Bells for the BBC. [1] [Dead link] It is available on Oldfield's Elements DVD. 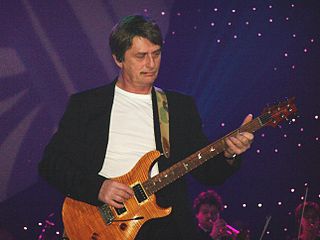 Michael Gordon Oldfield is an English multi-instrumentalist and composer. His work blends progressive rock with world, folk, classical, electronic, ambient, and new-age music. His biggest commercial success is the 1973 album Tubular Bells – which launched Virgin Records and became a hit in America after its opening was used as the theme for the horror film The Exorcist. He recorded the 1983 hit single "Moonlight Shadow" and a rendition of the Christmas piece "In Dulci Jubilo". 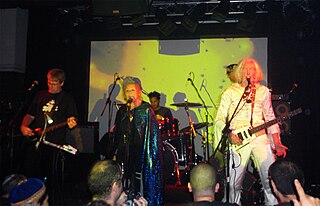 Stephen Simpson Hillage is an English musician, best known as a guitarist. He is associated with the Canterbury scene and has worked in experimental domains since the late 1960s. Besides his solo recordings he has been a member of Khan, Gong and System 7. 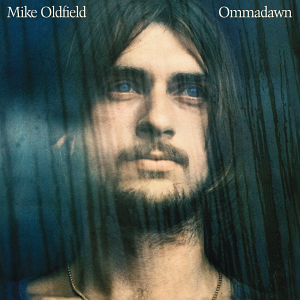 Ommadawn is the third studio album by English musician, songwriter, and producer Mike Oldfield, released on 28 October 1975 on Virgin Records. It peaked at No. 4 on the UK Albums Chart. The album was reissued by Mercury Records in June 2010 with additional content. A sequel album, titled Return to Ommadawn, was released on 20 January 2017.

Pierre Moerlen's Gong was an instrumental jazz fusion band led by French drummer Pierre Moerlen which developed as an offshoot of the psychedelic progressive rock band Gong founded and led by Daevid Allen. It was notable for the prominent use of mallet percussion, particularly vibraphone, in a jazz-rock context. 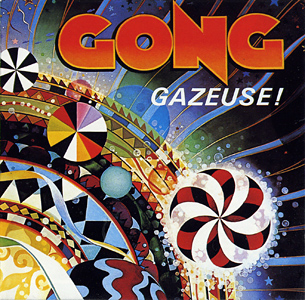 Gazeuse! is the seventh album released under the name Gong and the de facto debut album by Pierre Moerlen's Gong. It was released in late 1976. The title was changed to Expresso for the U.S. release. 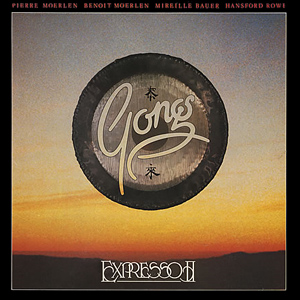 Expresso II is the eighth studio album released under the name Gong and the de facto second album by Pierre Moerlen's Gong. It released in February 1978. 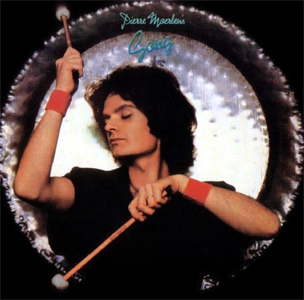 Downwind is the third album by Pierre Moerlen's Gong, although it was the first to be released under that name, the previous two having been released as Gong albums for contractual reasons. It was released in February 1979.

Michael Roland "Mike" Ratledge is a British musician. A part of the Canterbury scene, he was a long-time member of Soft Machine.

Gong est Mort, Vive Gong is a double live album by the progressive rock group Gong, recorded on 28 May 1977 at the Hippodrome, Paris, France, and originally released in 1977 as a double LP by Tapioca Records, France.

Angels Egg is the fourth studio album by the progressive rock band Gong, released on Virgin Records in December 1973. 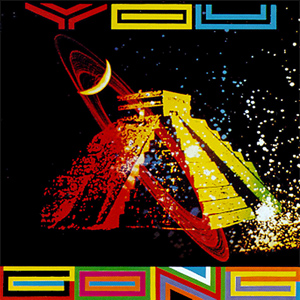 You is the fifth studio album by the progressive rock band Gong, released by Virgin Records in October 1974. It is the last album by Gong with founder Daevid Allen until 1992's Shapeshifter. Recorded at Virgin's Manor Studios in Oxfordshire, England, side 1 was mixed at Pye Studios, Marble Arch, London, while side 2 was mixed at The Manor. It was produced by Simon Heyworth and Gong "under the universal influence of C.O.I.T., the Compagnie d'Opera Invisible de Thibet", and also engineered by Heyworth. 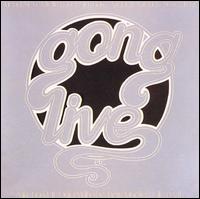 Gong Live Etc. is a live album by Gong, recorded between 1973 and 1975 and originally released in 1977. It is a set of live recordings, studio out-takes and BBC session recordings spanning the years 1973 to 1975.

Francis Moze is a French bass player, best known for his work in Magma, Gong and Pierre Moerlen's Gong.

In Concert 1980 was a concert tour by the British multi-instrumentalist Mike Oldfield.

The Five Miles Out World Tour 1982 was a concert tour by the British multi-instrumentalist Mike Oldfield. It was in promotion of Oldfield's Five Miles Out album.

The Crises Tour 1983 was a concert tour by the British multi-instrumentalist Mike Oldfield.

Benoît Moerlen is a French percussionist, best known for his work in Gong, Pierre Moerlen's Gong and a later offshoot Gongzilla.