Pierre Samuel du Pont de Nemours (English: /duːˈpɒnt/ [1] or /djuːˈpɒnt/ [1] ; French:  [dypɔ̃] ; 14 December 1739 – 7 August 1817) was a French-American writer, economist, publisher and government official. During the French Revolution, he, his two sons and their families immigrated to the United States.

His son Éleuthère Irénée du Pont was the founder of E.I. du Pont de Nemours and Company. He was the patriarch and progenitor of one of the United States' most successful and wealthiest business dynasties of the 19th and 20th centuries.

Pierre du Pont was born December 14, 1739, the son of Samuel du Pont and Anne Alexandrine de Montchanin. His father was a watchmaker and French Protestant, or Huguenot. His mother was a descendant of an impoverished minor noble family from Burgundy.

With a lively intelligence and high ambition, Pierre became estranged from his father, who wanted him to be a watchmaker. The younger man developed a wide range of acquaintances with access to the French court during the Ancien Régime period. Eventually he became the protégé of Dr. François Quesnay, the personal physician of Louis XV's mistress, Madame de Pompadour. Quesnay was the leader of a faction known as the économistes, a group of liberals at the court dedicated to economic and agricultural reforms. By the early 1760s du Pont's writings on the national economy had drawn the attention of intellectuals such as Voltaire and Turgot. His 1768 book on physiocracy (Physiocratie, Ou Constitution Naturelle du Gouvernement le Plus Avantageux au Genre Humain) advocated low tariffs and free trade among nations, deeply influenced Adam Smith of Scotland.

In 1774, he was invited by King Stanisław August Poniatowski of the Polish-Lithuanian Commonwealth to help organize that country's educational system. [3] The appointment to the Commission of National Education, with which he worked for several months, helped push his career forward, bringing him an appointment within the French government. [3]

He served as Inspector General of Commerce under Louis XVI. He helped negotiate the treaty of 1783, by which Great Britain formally recognized the independence of the United States, and arranged the terms of a commercial treaty signed by France and England in 1786.

In 1784, he was ennobled by lettres patentes (letters patent) from the king Louis XVI (a process known as noblesse de lettres), which added the de Nemours ("of Nemours") suffix to his name to reflect his residence.

Du Pont initially supported the French Revolution and served as president of the National Constituent Assembly.

He and his son Eleuthère were among those who physically defended Louis XVI and Marie Antoinette from a mob besieging the Tuileries Palace in Paris during the insurrection of 10 August 1792. Condemned to the guillotine during the Reign of Terror, du Pont was awaiting execution when Robespierre fell on 9 thermidor an IV (27 July 1794), and he was spared.

He married Françoise Robin on 5 vendémiaire an IV (27 September 1795). Robin was the daughter of Antoine Robin de Livet, a French aristocrat who lived in Lyon, and the widow of Pierre Poivre, the noted French administrator. After du Pont's house was sacked by a mob during the events of 18 Fructidor V (4 September 1797), he, his sons and their families immigrated to the United States in 1799.

They hoped (but failed) to found a model community of French exiles. In the United States, du Pont developed strong ties with industry and government, in particular with Thomas Jefferson, with whom he had been acquainted since at least 1787 and who had referred to him as "one of the very great men of the age" and "the ablest man in France." [4]

Du Pont engaged in informal diplomacy between the United States and France during the reign of Napoleon. He was the originator of an idea that eventually became the Louisiana Purchase, as a way to avoid French troops landing in New Orleans, and possibly sparking armed conflict with U.S. forces.[ citation needed ] Eventually, he would settle in the U.S. permanently; he died there in 1817.

His son Éleuthère, who had studied chemistry in France with Antoine Lavoisier, founded a gunpowder manufacturing plant, based on his experience in France as a chemist. It would become one of the largest and most successful American corporations, known today as DuPont. 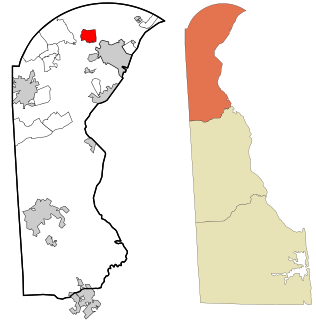 Greenville is a census-designated place (CDP) in New Castle County, Delaware, United States. The population was 2,326 at the 2010 census. The CDP is an affluent bedroom community and a suburb of Wilmington, Delaware. The community is also home to many Du Pont family descendants. 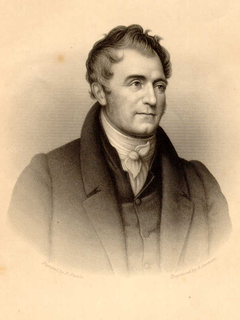 Éleuthère Irénée du Pont de Nemours was a French-American chemist and industrialist who founded the gunpowder manufacturer E. I. du Pont de Nemours and Company. His descendants, the du Pont family, have been one of America's richest and most prominent families since the 19th century, with generations of influential businessmen, politicians and philanthropists. 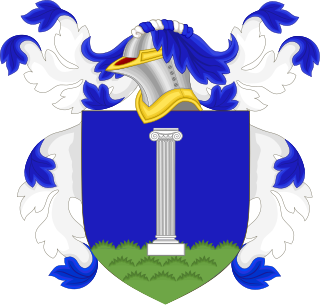 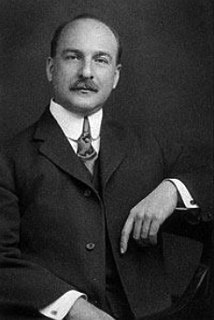 Irénée du Pont I was a U.S. businessman, former president of the DuPont company and head of the Du Pont trust.

Henry Algernon du Pont was an American military officer, businessman, and politician from Delaware. A member of the famed Du Pont family, he graduated first in his class from West Point shortly after the beginning of the American Civil War and served in the U.S. Army, earning the Medal of Honor for his actions during the Battle of Cedar Creek in October 1864. 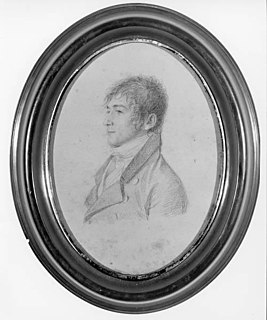 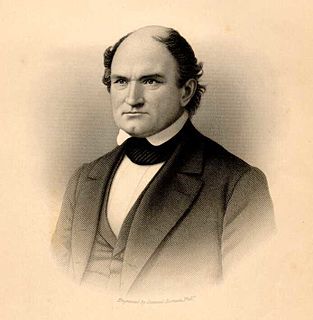 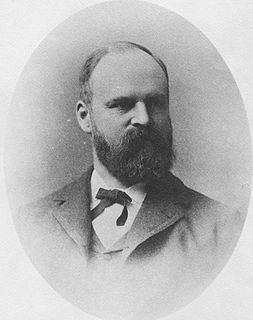 Eugène du Pont was an American businessman who served as the first head of the modern-day DuPont corporation. 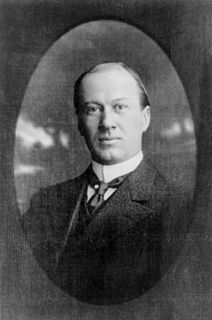 Alfred Irénée du Pont was an American industrialist, financier, philanthropist and a member of the influential Du Pont family.

Francis Irénée du Pont was an American chemist, and manager at the E.I. du Pont de Nemours Company. He was the great grandson of its founder, Eleuthère Irénée du Pont.

Lammot du Pont I was a chemist and a key member of the du Pont family and its company in the mid-19th century. 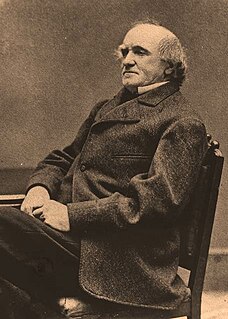 Alexis Irénée du Pont "Lex" Bayard was an American lawyer and politician from Rockland, near Greenville, in New Castle County, Delaware. He was a member of the Democratic Party, who served as the 13th Lieutenant Governor of Delaware. 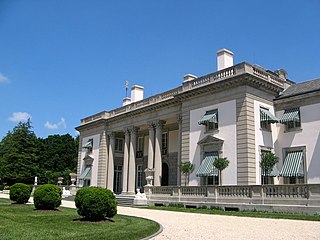 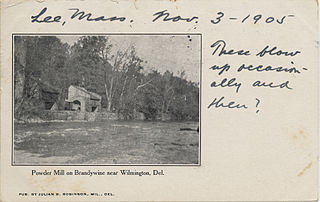 Lammot du Pont II was an American businessman who was the head of the du Pont family's E. I. du Pont de Nemours and Company for 22 years.

Irénée may refer to: 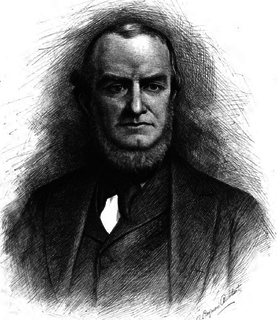 Henry du Pont was an American military officer and businessman from Delaware, and a member of the Du Pont family.

Dupont, variously styled as DuPont, duPont, Du Pont, or du Pont is a French surname meaning "of the bridge", historically indicating that the holder of the surname resided near a bridge. As of 2008, the name was the fourth most popular surname in Belgium, and as of 2018, it was the 26th most popular in France.