Pippi Longstocking is a 1961 US-American film, shown in Shirley Temple's Storybook , directed by Frank Bunetta and starring Gina Gillespie as Pippi Longstocking. It is based on the famous children's novel of the same name by Astrid Lindgren.

Susan Scholfield and her little sister are sent to bed by their parents. Susan is angry. She does not want to go to bed, because she is not tired. Susan also finds it stupid that her parents decide when she has to get up or go to school. She is constantly told to do things she absolutely does not feel like doing.

Susan says that if she had it her way she would live in a big house with a monkey and a horse and a box full of gold. Then she would not be Susan any more, but Pippi Longstocking. She would be able to do whatever she wanted. In addition, she would have many friends, such as Tommy and Annika, two children from her neighbourhood.

Then Susan tells Pippi's story. Pippi moves one day into the abandoned house next to Tommy and Annika. Tommy and Annika are surprised that Pippi lives there all alone, but Pippi tells them she has her monkey and her horse.

The next day, Pippi, Tommy and Annika go to school together. The teacher wants to convince Pippi that she has to go to school, so she can learn something. But Pippi can convince her quickly that she knows everything. She can answer even the most difficult questions.

Later, Pippi is visited by two policemen. They want to put Pippi in a children's home. But Pippi throws them out of her house.

Afterwards, burglars arrive at Pippi's house. They want to steal Pippi's gold. But Pippi can persuade them to end their criminal career and do some real and honest work. The mother of the burglars thanks Pippi for that. She had been worried about her sons, and had been afraid, that it might not end well with them.

Soon Pippi fights against the strongest man in the world, the strong Alfons. She wins the fight. For the winner money she buys peanuts and popcorn for all children.

In bed Susan's sister wonders if Pippi ever returns. Susan thinks she does not. Then suddenly the parents of them realize that someone has moved into the abandoned house next door. Outside, only a horse and a monkey can be seen and a small girl. Susan and her sister are sure that the new resident of the house can only be Pippi Longstocking.

Pippi Longstocking was shown in Shirley Temple's Storybook , a weekly storybook anthology on NBC. [1] It was first broadcast on 8 January 1961 in the US-American television. [2] The film was the first US-American adaption of Pippi Longstocking. Some changes were made to the storyline, among them were Pippi's heightened intellect and her ability to fly. [3] In the United States the film was released on DVD at 3 October 2006. [4] Next to the United States it was shown in Hungary, [5] Poland [6] and Germany.

The Music for the Film was composed by Walter Scharf. Vic Mizzy wrote the theme music for the film. One song of the film was released on the Soundtrack Shirley Temple Storybook Collection (Original Television Soundtrack), which featured songs from all the films shown in Shirley Temple's Storybook. The song was called Sleepy, sleepy head and was sung by Pippi before she went to bed. [7]

The Dove Foundation believes that the comedy film shows that everybody needs rules. They give the film the Family Approved Seal. [8] 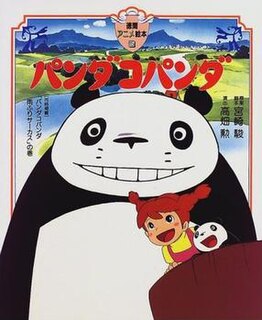 Panda Kopanda is a children's Japanese animated film, first released in 1972. It was created by the team of Isao Takahata (director), Hayao Miyazaki, Yoichi Kotabe and Yasuo Otsuka. This short movie was released in Japan at the height of the panda craze, initiated in September 1972, when the government announced the loan of a pair of giant pandas from China to the Ueno Zoo as part of panda diplomacy. 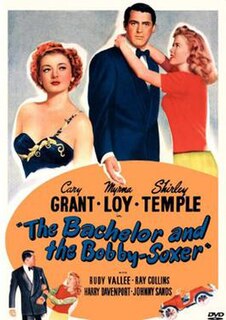 The Bachelor and the Bobby-Soxer is a 1947 American comedy film directed by Irving Reis and written by Sidney Sheldon. The film stars Cary Grant, Myrna Loy, and Shirley Temple in a story about a teenager's crush on an older man. The film was a critical success. Sheldon won an Oscar for his screenplay. 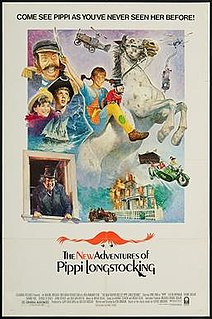 The New Adventures of Pippi Longstocking is a 1988 adventure-children's film written and directed by Ken Annakin, based on the Pippi Longstocking book series by Astrid Lindgren. It is a Swedish-American joint venture produced by Columbia Pictures, Longstocking Productions, and Svensk Filmindustri. While the title suggests a continuation of previous entries, it is in fact a remake of the original story.

"Smart and Smarter" is the thirteenth episode of The Simpsons' fifteenth season. It originally aired on the Fox network in the United States on February 22, 2004. When Maggie takes an IQ test, she is informed that she may be smarter than Lisa, who worries that her life will go nowhere. The episode was written by Carolyn Omine and directed by Steven Dean Moore. Simon Cowell also has a guest-voice appearance, playing the role of a brutally honest judge. 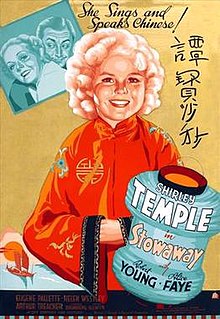 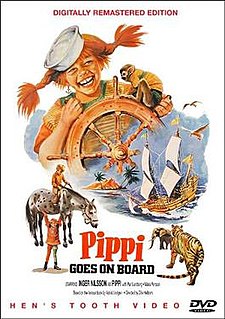 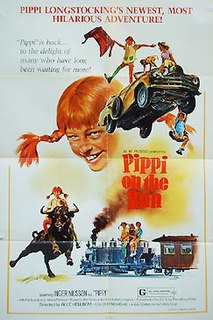 Ingeborg Viola Öllegård Wellton-Hell was a Swedish actress. She was married to actor Erik Hell from 1960 until his death in 1973. 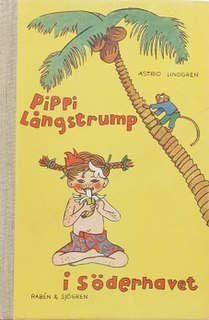 War Diaries, 1939-1945 is a book written by Astrid Lindgren. It contains the diary entries that Lindgren made during the Second World War. The book has been translated into many different languages including German and English.