Oradea is a city in Romania, located in Crișana, a sub-region of Transylvania. Seat of the Bihor county, Oradea is one of the most important economic, social and cultural centers in the western part of Romania. The city is located in the north-west of the country, nestled between hills on the Crișana plain, on the banks of the river Crișul Repede, that divides the city into almost equal halves.

Romania is one of the world's largest wine producers and fifth-largest among European wine-producing countries, after Italy, France, Spain, and Germany. Similar in size to wine-producing countries such as Chile and Portugal but lesser-known on the world wine stage. In 2018 it produced around 5.2 million hectolitres of wine. In recent years, Romania has attracted many European business people and wine buyers, due to the affordable prices of both vineyards and wines compared to other wine-producing nations such as France, Germany, and Italy.

Pleşeşti may refer to several places in Romania: 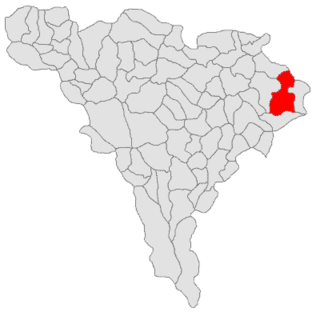 Jidvei is a commune in Alba County, Transylvania, Romania, located on the river Târnava. Jidvei is located in the north-western part of Romania, in the Transylvanian Plateau. Jidvei was first mentioned in documents in 1309, but traces of human presence go further back in time. The oldest building in the village is the church, which was originally constructed in the Gothic style but was later modified in 1707 in the baroque style. In the 15th century, a fortification wall was raised around the church, of which the gate tower remains. 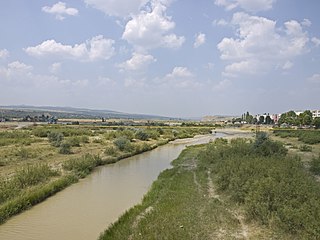 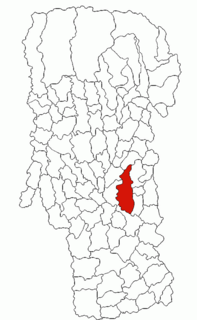 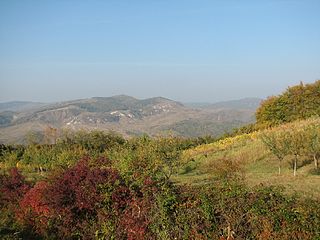 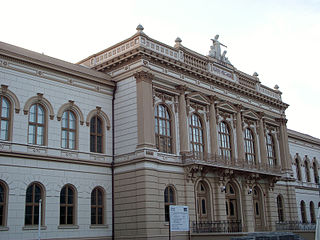 Arad is the capital city of Arad County, situated in the regions of Crișana and Banat, both of which are sometimes considered parts of Transylvania. It is the third largest city in Western Romania, behind Timișoara and Oradea, and the 12th largest in Romania, with a population of 159,704.

Dragimir or Dragomir (Драгомир) was ruler of Travunia and Zachlumia, medieval Serbian principalities located in present-day regions of Herzegovina and south Dalmatia, from an unknown date before 1000 to 1018. The only preserved medieval source that mentions Dragimir is the dubious Chronicle of the Priest of Duklja, specifically its Chapters 34–37. Chapter 34 relates that "King" Chvalimir of the Belojević dynasty divided his domain among his sons, giving Zenta to his first-born Petrislav, Travunia and Zachlumia to Dragimir, and Podgoria to the youngest Miroslav. After Miroslav died without an heir, his land was taken over by Petrislav, who thus ruled all of Duklja. However this is contradictory to the earlier and more trusted De Administrando Imperio which states that Hvalimir's son was Čučimir, leaving up to question whether Dragimir was Hvalimir's grandson, or whether he existed at all. In 1009 or 1010, Bulgarian Emperor Samuel occupied Dragimir's lands, together with Duklja, Bosnia, and Raška. Dragimir retreated before the emperor's army on a mountain, but was soon invited by Samuel to come down and resume ruling Travunia and Zachlumia as his vassal. The emperor had previously made a similar arrangement in Duklja with Jovan Vladimir, son and successor of Petrislav. Vladimir was killed in 1016 by Samuel's son's successor Ivan Vladislav who was killed at the end of 1017.

The Podgoria Copou Monastery, dedicated to Ss. Athanasius and Cyrill, is a Romanian Orthodox monastery, located on Copou Hill neighborhood in Iași, Romania. 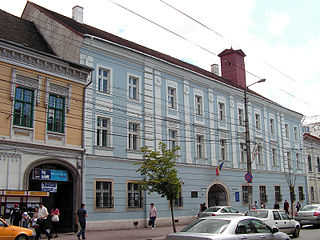 The Ethnographic Museum of Transylvania is situated in Cluj-Napoca, Romania. With a history of almost 100 years, the Ethnographic Museum of Transylvania is one of the first and greatest of its kind in Romania. It has two exhibition sections, one of which is to be found in downtown Reduta Palace, while the other exhibition section is the open-air Romulus Vuia Park situated on the city's north-west side, in Hoia Forest.

Muscel County is a former first-order administrative district of Romania. It was located in the southern central part of Greater Romania, in the northwestern part of the historic region of Muntenia. Its territory is now mostly part of Argeș County, while some communes now belong to Dâmbovița County. The county seat was Câmpulung.

The 2011–12 Liga IV Prahova, commonly known as Liga A Prahova, was the 44th season of the Liga IV Prahova, the fourth tier of the Romanian football league system. The season began on 13 August 2011. and ended on 8 June 2012.