Pont-Aven (French pronunciation: ​ [pɔ̃tavɛn] , Breton: 'River Bridge') is a commune in the Finistère department in the Brittany region in Northwestern France. In 2019, it had a population of 2,821.

Inhabitants of Pont-Aven are called Pontavenistes in French. Pont-Aven absorbed the former commune of Nizon in 1954, which had a population of 1,837 at the time. [3]

Pont-Aven is mentioned among the towns which took part in the Breton anti-tax Rebellion of the Red Bonnets against Louis XIV of France in 1675.

Pont-Aven is mainly known because of the group of artists who flocked round Émile Bernard and Paul Gauguin, and who were joined in 1888 by Paul Sérusier. They were collectively known as "Pont-Aven School" (French: École de Pont-Aven, Breton: Skol Pont-Aven).

The Musée des Beaux Arts de Pont-Aven houses a historical reconstruction of Pont-Aven at the end of the 19th century as well as a permanent collection dedicated to the Pont-Aven School.

Pont Aven still attracts artists and art lovers with many commercial galleries in addition to the town's public gallery.

The river Aven runs through Pont-Aven. The river has relatively favourable water quality, with pH levels slightly alkaline at about 8.5 and electrical conductivity of 19 micro Siemens per centimetre. [5]

The town is at the interface of the tidal estuary and the freshwater river.

Before Pont-Aven attracted Gauguin and other artists it was a centre for milling with the river Aven being divided above the town to provide a mill race which powers a series of water mills. Whilst several of these retain their wheels only the last, the Moulin Poulguin, is still capable of operating. The mill is now a restaurant and you can see the machinery inside.

Just outside the town are the beech woods of the Bois d'Amour, a source of inspiration for many artists. The town is close to Domaine de Kerlann Holiday Park on the road to the adjoining commune of Nevez. To the northwest of the town, in the small community of Nizon, the ruins of Château de Rustéphan are to be found. Nizon was more famous than Pont-Aven at the 19th century but the painters made it well known.

The Brittany Ferries flagship is named after the town.

Les Galettes de Pont-Aven is a 1975 drama on the life of a middle-aged aspirant painter who settles in the town.

Pont-Aven is the setting for Death in Brittany (2012), the first book in the series of Commissaire Dupin detective novels by Jean-Luc Bannalec (Jörg Bong).

Quimper is a commune and prefecture of the Finistère department of Brittany in northwestern France. 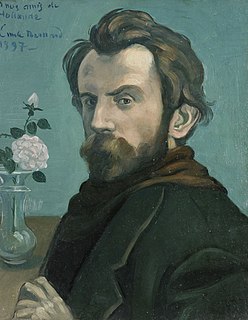 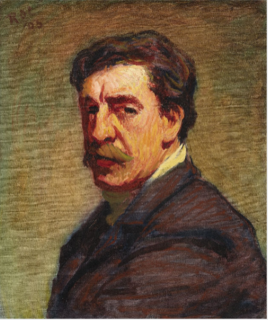 Roderic O'Conor was an Irish painter who spent much of his later career in Paris and as part of the Pont-Aven movement. O'Conor's work demonstrates Impressionist and Post-Impressionist influence.

Charles Cottet was a French painter, born at Le Puy-en-Velay and died in Paris. A famed post-impressionist, Cottet is known for his dark, evocative painting of rural Brittany and seascapes. He led a school of painters known as the Bande noire or "Nubians" group, and was friends with such artists as Auguste Rodin. 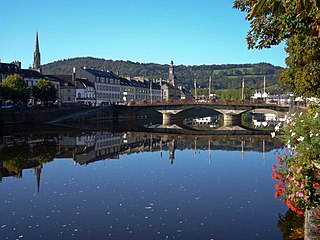 Châteaulin is a commune in the Finistère department and administrative region of Brittany in north-western France. It is a sub-prefecture of the department.

Pont-Aven School encompasses works of art influenced by the Breton town of Pont-Aven and its surroundings. Originally the term applied to works created in the artists' colony at Pont-Aven, which started to emerge in the 1850s and lasted until the beginning of the 20th century. Many of the artists were inspired by the works of Paul Gauguin, who spent extended periods in the area in the late 1880s and early 1890s. Their work is frequently characterised by the bold use of pure colour and their Symbolist choice of subject matter.

Henri Alphonse Barnoin was a French painter born in Paris in 1882.

The Musée des Beaux Arts de Pont-Aven also known as Museum of Pont-Aven was created in 1985 with the support of the French Museum Department and the Finistère Conseil Général. The modern wing built in 1985 is reserved for exhibitions and the old wing, which was renovated in 1987, houses a historical reconstruction of Pont-Aven at the end of the 19th century as well as the permanent collection dedicated to the Pont-Aven School.

Charles Filiger was a French Symbolist painter. He was one of the artists who associated with Gauguin at Pont-Aven in Brittany. 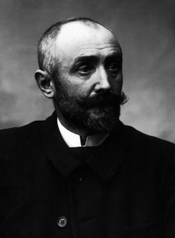 Émile Jourdan was a French painter who became one of the artists who gathered in the village of Pont-Aven in Brittany.

Henri Delavallée was a French Post-Impressionist painter who became a member of the artists colony in Pont-Aven. 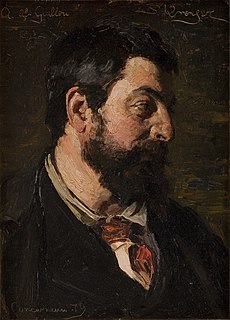 Alfred Guillou was a French painter of Breton heritage.

The Musée des Beaux-Arts de Quimper is an art museum located in Quimper, Brittany, France. It was founded after Jean-Marie de Silguy (1785-1864) left a legacy of 1200 paintings and 2000 drawings to the town of Quimper on condition that the town build a museum to accommodate them. Today, it is one of the principal art museums in western France, presenting rich collections of French, Italian, Flemish, and Dutch paintings from the 14th century to present day.

Ferdinand du Puigaudeau was a French painter. He was born in Nantes on 4 April 1864 and died in Croisic on 19 September 1930.

The Pension Gloanec was an inn in Pont-Aven, Brittany, France, that was a base for artists of the Pont-Aven School in the last half of the 19th century. It was known for economical but excellent quality food, where the diners served themselves from shared dishes set out on a long table in the dining room. There were few rooms, so most of the artists boarded elsewhere in the town. Its most famous resident was Paul Gauguin who stayed several times between 1886 and 1894. Today the building houses a bookstore, gallery and exhibition space. 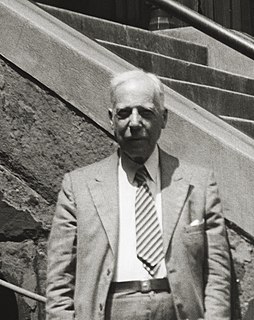 Georges Rasetti was a French Impressionist and Modernist painter and ceramicist who was born in Paris, France. Rasetti began by being a painter of genre and landscapes. In 1886, he married Céline Chaudet, sister of Georges Chaudet, painter and photographer. His son, Georges Estrel Rasetti, was also a painter and sculptor.

Maurice Paul Jean Asselin was a French painter, watercolourist, printmaker, lithographer, engraver and illustrator, associated with the School of Paris. He is best known for still lifes and nudes. Other recurring themes in his work are motherhood, and the landscapes and seascapes of Brittany. He also worked as a book illustrator, particularly in the 1920s. His personal style was characterised by subdued colours, sensitive brushwork and a strong sense of composition and design.

Wikimedia Commons has media related to Pont-Aven .
This page is based on this Wikipedia article
Text is available under the CC BY-SA 4.0 license; additional terms may apply.
Images, videos and audio are available under their respective licenses.