Postimees (The Postman) is an Estonian daily newspaper established on January 1, 1857, by Johann Voldemar Jannsen. In 1891, it became the first daily newspaper in Estonia. [1] Its current editor-in-chief is Mart Raudsaar. The paper has approximately 250 employees.

Postimees is currently published six days a week and has the largest circulation and readership in Estonia with 55,000 copies bought weekdays and over 72,000 at weekends. [2]

The publisher of Postimees, AS Postimees is owned by Postimees Group (until the autumn of 2013 it was owned by Norwegian group Schibsted).

Postimees is considered to be the oldest newspaper in Estonia. It was first established in Pärnu on 5 June 1857 by Johann Voldemar Jannsen. Karl August Hermann bought the paper in 1886, and he began publishing Postimees in Tartu. In 1891 Postimees became Estonia's first daily newspaper. In 1896 the newspaper was bought by Tartu's intellectuals. It was edited by Jaan Tõnisson who brought together many talented cultural figures such as August Kitzberg, Anna Haava and Karl August Hindrey. He became a long-time editor of the newspaper in the independent Republic of Estonia. Postimees has played an important role in Estonians’ educational and cultural development.

In 1995, Postimees launched its website, which started as an online version of the print edition. In 2000, the website was revamped and it began publishing online news on a daily basis. It has become one of the most frequently visited news portals in Estonia.

During the 2007 Bronze Soldier of Tallinn controversy, the Postimees website sustained damage in a cyberattack reportedly originating from Russia and, as a result of it, the website became inaccessible from outside Estonia for several days. [5]

In January-May 2020 the website postimees.ee was one of the most popular and reliable sources in Estonian Wikipedia. [8] [9]

Postimees also has 34 special editions in Estonian and 12 in Russian.

Postimees.ee is Estonia's largest news portal where all topical Estonian and foreign news are broadcast. Postimees.ee gets an average of 163,000 readers a day. The Editor in Chief of Postimees.ee is Aivar Reinap.

Dzd.ee is a portal directed at the Russian-speaking readership, providing original stories and opinion articles. In addition, it covers the stories from DzD paper copy as well as articles from partners, such as MK and Infopress. Dzd.ee gets an average of 14,000 readers a day. The Editor in Chief of Dzd.ee is Jevgenia Garanža.

E24.ee is Estonia's largest economics portal. The portal also offers news from the Financial Times. E24.ee also contains juhtimine.ee, a column meant for managers. E24.ee gets an average of 37,000 readers a day.

Tarbija24.ee is a consumer-oriented info portal for useful tips and news directed to consumers. Tarbija24.ee gets an average of 19,000 readers a day.

Elu24.ee is an entertainment portal that covers the lives of both domestic and foreign stars and everything related to entertainment. Elu24.ee gets an average of 44,000 readers a day. The Editor in Chief of Elu24.ee is Anu Saagim.

Naine24.ee is a portal directed at women. Additionally, advice can be asked from experts of their field via the portal. The portal also publishes summaries from different foreign and domestic women's magazines. Naine24.ee gets an average of 25,000 readers a day. The Editor in Chief of Naine24.ee is Anu Saagim.

Ilmajaam.ee is a weather environment in Estonia, made in cooperation with Norway's largest weather site yr.no. In addition to the Estonian weather page there is also a weather page directed at Russian-speaking readers, called Prognoz.ee. Ilmajaam.ee gets an average of 11,000 readers a day.

Limon.ee is a Russian entertainment portal that covers the lives of both domestic and foreign stars and everything related to entertainment. Limon.ee gets an average of 9,000 readers a day. The Editor in Chief of Limon.ee is Olesja Truvorova.

Rein Lang is an Estonian politician, a member of the Estonian Reform Party since 1995, and a diplomat. He was the Minister of Culture in Andrus Ansip's third cabinet until his resignation. 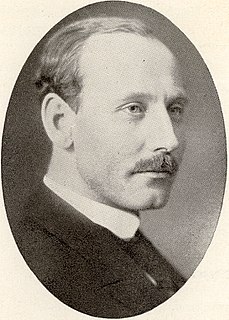 Gohar Markosjan-Käsper was an Armenian writer who lived in Tallinn, Estonia. 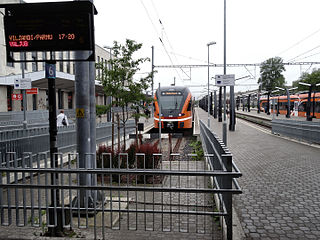 The rail transport system in Estonia consists of about 1,200 kilometres (750 mi) of railway lines, of which 900 kilometres (560 mi) are currently in public use. The infrastructure of the railway network is mostly owned by the state and is regulated and surveyed by the Estonian Technical Surveillance Authority. 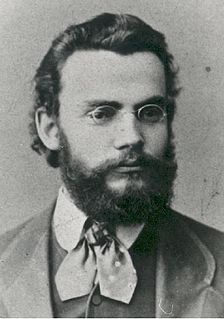 Jan Uuspõld is an Estonian stage, television, radio and film actor and musician.

Thavet Atlas is an Estonian poet and prose writer.

Kersti Kaljulaid is an Estonian politician who is the fifth and current President of Estonia, in office since 10 October 2016. She is the first female head of state of Estonia since the country declared independence in 1918, as well as the youngest ever President, age 46 at the time of her election.

Merle Palmiste is an Estonian stage, film and television actress.

Kalle Kurg is an Estonian poet, writer, critic, translator and editor. As a versatile figure in Estonian culture, he has also published caricatures and worked as a theatre director.

Kärt Tomingas is an Estonian stage, television, voice and film actress, singer, lecturer and acting and theatre pedagogue. Tomingas' career began in the 1980s as a folk-pop, rock and jazz singer and soon after began a career as an actress. Since 2008, she has been an acting lecturer and has taught acting.

Merle Jääger is an Estonian television, stage and film actress, poet and author who frequently uses the pen name Merca. Initially associated with the burgeoning Estonian punk rock scene of the early to mid 1980s, she has been described as the "bard of protest". Her career as an actress began in her early 20s and she has received a number of high-profile awards for stage roles.

Merle Talvik is an Estonian stage, film and television actress whose career began in the mid-1970s.

Anna Haava was an Estonian poet, writer and translator in the late 19th and 20th centuries.