Power electronics was originally coined by William Bennett as part of the sleevenotes to the Whitehouse album Psychopathia Sexualis , and is related to the early Industrial Records scene but later became more identified with noise music. [1] It consists of static, screeching waves of feedback, analogue synthesizers making sub-bass pulses or high frequency squealing sounds, and screamed, distorted, often hateful and offensive lyrics. Deeply atonal, there are no conventional melodies or rhythms. [2] Tellus Audio Cassette Magazine produced a compilation compact cassette tape called Power Electronics in 1986 that was curated by Joseph Nechvatal. [3] 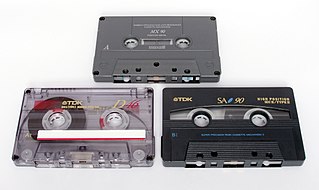 Nicolas Collins is a composer of mostly electronic music and former student of Alvin Lucier. He received a B.A. and M.A. from Wesleyan University. Subsequently, he was a Watson Fellow. 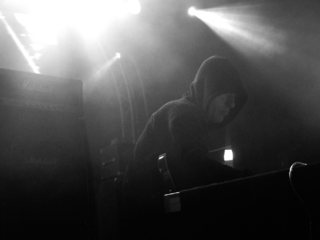 C.C.C.C. is a Japanese noise band.

Sutcliffe Jügend was an English power electronics band, which began in early 1982 as the main project of Kevin Tomkins', who was formally in Whitehouse, and instantly gained notoriety as one of the harshest groups of the original power electronics scene.

Brenda Hutchinson is a composer and sound artist who has developed a body of work based on a perspective about interacting with the public and non-artists through personal, reciprocal engagement with listening and sounding. Hutchinson encourages her participants to experiment with sound, share stories, and make music. She often bases her electroacoustic compositions on recordings of these individual collaborative experiences, creating "sonic portraits" or "aural pictures" of people and situations... In addition to her ethnographic pieces, Hutchinson has composed for film, invented instruments, and is active as a performer/improviser. Hutchinson earned her M.A. in Music Composition from the University of California, San Diego, where she studied with Pauline Oliveros, Roger Reynolds, Bernard Rands, and Robert Erickson. Performances of her work have been presented in New York City at Lincoln Center, Merkin Concert Hall, and The Kitchen, as well as in San Francisco at New Langton Arts, The Lab, and the Exploratorium.

Launched from the Lower East Side, Manhattan, in 1983 as a subscription only bimonthly publication, the Tellus cassette series took full advantage of the popular cassette medium to promote cutting-edge downtown music, documenting the New York scene and advancing experimental composers of the time – the first 2 issues being devoted to NY artists from the downtown no wave scene. The series was financially supported along the years by funding from the New York State Council of the Arts, Colab and the National Endowment for the Arts.

Ron Kuivila is an American sound artist from Boston, MA. He is primarily known for his sound installations, performances, and recorded materials that make use of computers, and for his contributions to the SuperCollider audio programming language.

Bodychoke was an experimental noise rock side project of power electronics band Sutcliffe Jügend active between 1993 and 1999. The band released four studio albums, most notably their debut Mindshaft produced by British psychedelic dub musician Ott and Five Prostitutes which was produced by Steve Albini. Their music expressed themes of hate and disgust, as well as some of the sexual perversion and death tackled by Sutcliffe Jügend.

Minóy was the pseudonym of the electronic art musician and sound artist Stanley Keith Bowsza. He was a major figure in the DIY noise music and homemade independent cassette culture scene of the 1980s. He released over 100 compositions.

Ramleh are a British experimental music group formed by musician Gary Mundy in 1982. The current line-up of the band includes Gary Mundy, Anthony di Franco and Stuart Dennison. Originally a part of the English power electronics and industrial music scene in early 1980s, Ramleh experimented with a more traditional rock format in their later releases.