Born in Kasur, British India, Pran graduated with a BA from Gwalior and Master of Arts (Political Science) degree from evening Camp College, Delhi. He then pursued a five-year course in Fine Arts from Sir J. J. School of Art, Mumbai through distance as a private student while in Delhi, so that he could apply as a drawing teacher at schools, but he discontinued. [2]

Pran began his career in 1960 as a cartoonist for the Delhi-based newspaper Milap with comic strip Daabu . Apart from Daabu, Indian comics scenario was largely based on reprints of The Phantom and Superman. [3] In 1969, Pran sketched Chacha Chaudhary for the Hindi magazine Lotpot , which made him famous. [4] Pran has also created other cartoon characters like Shrimatiji , Pinki , Billoo , Raman, Channi Chachi and others, which are regularly published in Indian magazines. Pran reached lakhs of Kannadigas through his Putti, Raman that were published in Kannada daily Prajavani and Shrimathi which publishes in Kannada magazine Sudha. He was included in People of the Year 1995 by Limca Book of Records for popularizing comics in India. [5] In 1983, the then Prime Minister of India, Mrs. Indira Gandhi released Pran's comics "Raman - Ham Ek Hain" which promoted national integration. Pran received a Lifetime Achievement Award 2001, from Indian Institute of Cartoonists. [6] Pran has also given lessons in cartooning at the Pran's Media Institute, run by his son Nikhil. [1] [2]

Maurice Horn notes that Pran has been given the title of "Walt Disney of India" in The World Encyclopedia of Comics. [7] The Chacha Chaudhary strips find permanent place in International Museum of Cartoon Art, United States.

He had been suffering from colon cancer and subsequently was admitted to a hospital in Gurgaon, where he died on 5 August 2014 at approximately 9:30 pm local time. [8] He was posthumously awarded the Padma Shri, the fourth highest civilian award of India, in 2015. [9]

Chacha Chaudhary is an Indian comic book character, created by cartoonist Pran Kumar Sharma. The comic comes in ten Indian languages including Hindi and English and has sold over ten million copies. It has also been made into a television series with Raghubir Yadav playing the role of Chacha Chaudhary.

Rasipuram Krishnaswami Iyer Laxman, commonly known as R. K. Laxman, was an Indian cartoonist, illustrator, and humorist. He is best known for his creation The Common Man and for his daily cartoon strip, You Said It in The Times of India, which started in 1951. 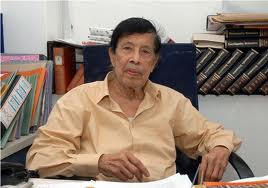 Anant Pai, popularly known as Uncle Pai, was an Indian educationalist and a pioneer in Indian comics. He is most famous as the creator of two comic book series viz. Amar Chitra Katha, which retold traditional Indian folk tales, mythological stories, and biographies of historical characters; and Tinkle, a children's anthology.

Diamond Comics Pvt. Ltd. is a comic book distributor and publisher in India.

Indian comics are comic books and graphic novels associated with the culture of India published in a number of Indian languages.

Mário João Carlos do Rosário de Brito Miranda, popularly known as Mario Miranda or Mario de Miranda, was an Indian cartoonist and painter based in Loutolim in the Indian state of Goa.

Sahara One is an Indian Hindi general entertainment channel based in New Delhi. It is operated by Sahara India Pariwar.

Billoo is an Indian comic character created by Pran Kumar Sharma. It is published by Diamond Comics. The character was created in 1973. The stories are set in and around Delhi during seventies and eighties.

Sudhir Tailang was an Indian cartoonist.

Kesava Shankara Pillai, better known as Shankar, was an Indian cartoonist. He is considered the father of political cartooning in India. He founded Shankar's Weekly, India's Punch in 1948. Shankar's Weekly also produced cartoonists like Abu Abraham, Ranga and Kutty, he closed down the magazine during the Emergency of 25 June 1975. From then on he turned to making children laugh and enjoy life.

Pinki a comics series by Diamond Comics characterizes a five-year-old girl. The Character of Pinki was created by Cartoonist Pran Kumar Sharma in year 1978. The comic is distributed in 10 languages. Pinki is often seen with her pet squirrel named Kut-Kut. The other notable characters in this comic are her neighbor Jhapatji, her friends Bhiku and Champu. Pinki has also appeared in Chacha Chaudhary and Billoo comic books. 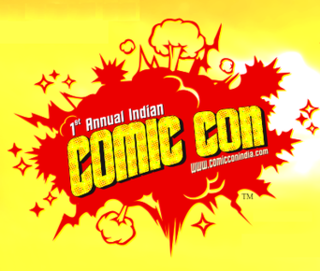 Comic Con India (CCI) is a series of annual comic-based conventions held in India. The first edition was held in New Delhi in 2011 and over the years has expanded to other major cities in India such as Mumbai, Bangalore, Pune, Hyderabad and Ahmadabad. There are annual comic cons now in all these cities. Cumulatively these five cities attract over 200,000 visitors with over 1200 exhibitors. Jatin Varma, the founder & managing director of Comic Con India, launched the first comic con in India in Delhi in 2011. Since 2014, Comic Con India has been conducted in collaboration with Reed Exhibitions (ReedPOP), the organisers of the New York Comic Con and the MCM London Comic Con. 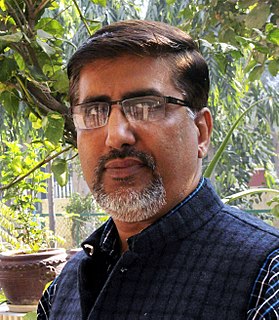 Jitendra Nath Pande or J. N. Pande was an Indian Pulmonologist and Professor and Head of Medicine at the All India Institute of Medical Studies (AIIMS). He was working as Senior Consultant (Medicine) at Sitaram Bhartia Institute of Science & Research, New Delhi. He died on 23 May 2020 during sleep when he was home quarantined due to COVID-19 positivity, in New Delhi.

Shrimatiji is an Indian comic based on a middle class housewife Sheela, popularly known as Shrimatiji. The series started in magazine Sarita. It was created by Pran Kumar Sharma. Her first appearance was in 1968. She has a husband and two kids.