Precious Lara San Agustin Quigaman-Alcaraz (born January 3, 1983) is a Filipino actress, multi-product endorser and beauty queen who won the Miss International 2005 beauty pageant held in Tokyo, Japan. [2] She is the fourth Filipino to have won the crown, after Gemma Cruz in 1964, Aurora Pijuan in 1970, and Melanie Marquez in 1979. Prior to winning Miss International, Quigaman joined Binibining Pilipinas twice, first in 2001 and last in 2005. The latter ultimately earned her the title of Binibining Pilipinas International. [3]

Based in Bristol, United Kingdom, Quigaman is the eldest of four children of Nelson Quigaman of Ligao City in the province of Albay and Princesita San Agustin, a registered nurse. She grew up in Biñan, Laguna, and eventually Bahrain, where her father worked. After five years, she returned to Biñan and finished high school at La Consolacion College. Before moving to Bahrain, she studied for a semester at the University of Santo Tomas in Manila. In England, she attended South Gloucestershire and Stroud College, originally called Filton College where she studied Media Production and Communication. [4]

Quigaman got engaged to her longtime boyfriend, Marco Alcaraz in 2010 and got married in a civil ceremony on January 1, 2011 in Vancouver, Canada. Got married again on July 8, 2012 in a Christian wedding ceremony that was held at the Hacienda Isabela in Tagaytay City. [5]

She gave birth to a seven-pound baby boy on November 10, 12:52 a.m. via cesarean section at the Asian Hospital and Medical Center in Alabang, Muntinlupa. [6]

Quigaman is a Born-again Christian and was criticized by netizens after several of her Instagram post were taken to oppose Pope Francis visiting the country. [7]

Marco Alcaraz is a Filipino actor, commercial model, and former varsity basketball player at San Sebastian College-Recoletos. His first movie was Aishite Imasu 1941: Mahal Kita with Dennis Trillo. He wed on July 8, 2012 to the former beauty queen and the winner of the 2005 Miss International, Precious Lara Quigaman.

Miss International 2005, the 45th Miss International pageant, was held on September 26, 2005 at the Koseinenkin Hall in Tokyo, Japan. 52 contestants from all over the world competed for the crown. Jeymmy Vargas of Colombia crowned her successor Lara Quigaman of the Philippines as the new Miss International. She became the fourth Filipino to win the pageant.

Binibining Pilipinas 2008, the 45th Binibining Pilipinas Charities, Inc. (BPCI) beauty pageant, was held at the Araneta Coliseum in Quezon City on 8 March 2008. Twenty-four candidates competed in the event, which was broadcast by GMA Network in the Philippines, and by GMA Pinoy TV internationally on 9 March. The event was hosted by Paolo Bediones and Charlene Gonzales. 2005 Miss International Precious Lara Quigaman was the pageant correspondent. 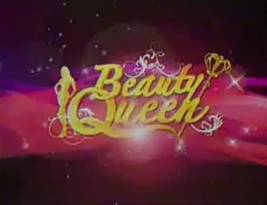 Beauty Queen is a Philippine television drama series broadcast by GMA Network. Directed by Joel Lamangan, it stars Iza Calzado, Katrina Halili and Maggie Wilson. It premiered on October 18, 2010 on the network's Telebabad line up replacing Endless Love. The series concluded on February 4, 2011 with a total of 80 episodes. It was replaced by I Heart You, Pare! in its timeslot. 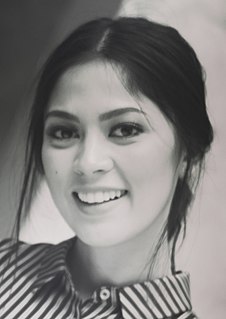 Bea Rose Monterde Santiago is a Filipino-Canadian actress, model and beauty queen who was crowned Miss International 2013 on December 17, 2013. Prior to her win at Binibining Pilipinas, she was a Mutya ng Pilipinas 2011 titleholder who represented the Filipino Community in Canada. She was a fashion model for Elite Model Management before joining Binibining Pilipinas 2013.

Gwendoline Gaelle Sandrine Ramos Ruais is a Filipino-French beauty queen, fashion model, actress and TV presenter who was crowned Miss World 2011 1st Princess. Ruais won Miss World Philippines 2011 and went on to represent the Philippines at the Miss World 2011 pageant in London, England, where she was placed as the 1st Runner-Up.