Prentice Hall is the publisher of Magruder's American Government as well as Biology by Ken Miller and Joe Levine, and Sociology and Society: The Basics by John Macionis. Their artificial intelligence series includes Artificial Intelligence: A Modern Approach by Stuart J. Russell and Peter Norvig and ANSI Common Lisp by Paul Graham. They also published the well-known computer programming book The C Programming Language by Brian Kernighan and Dennis Ritchie and Operating Systems: Design and Implementation by Andrew S. Tanenbaum. Other titles include Dennis Nolan's Big Pig (1976), Monster Bubbles: A Counting Book (1976), Alphabrutes (1977), Wizard McBean and his Flying Machine (1977), Witch Bazooza (1979), Llama Beans (1979, with author Charles Keller, and The Joy of Chickens (1981).

A Prentice Hall subsidiary, Reston Publishing, [11] [12] was in the foreground of technical-book publishing when microcomputers were first becoming available. It was still unclear who would be buying and using "personal computers", and the scarcity of useful software and instruction created a publishing market niche whose target audience yet had to be defined. In the spirit of the pioneers who made PCs possible, Reston Publishing's editors addressed non-technical users with the reassuring, and mildly experimental, Computer Anatomy for Beginners by Marlin Ouverson of People's Computer Company. They followed with a collection of books that was generally by and for programmers, building a stalwart list of titles relied on by many in the first generation of microcomputers users.

The Dallas Observer is a free digital and print publication based in Dallas, Texas. The Observer publishes daily online coverage of local news, restaurants, music, and arts, as well as longform narrative journalism. A weekly print issue circulates every Thursday. The Observer has been owned by Voice Media Group since January 2013. 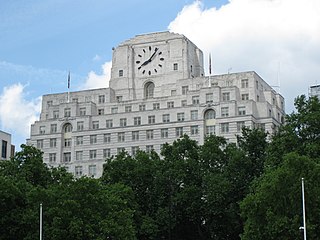 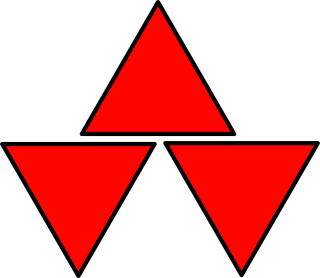 Addison-Wesley is an American publisher of textbooks and computer literature. It is an imprint of Pearson PLC, a global publishing and education company. In addition to publishing books, Addison-Wesley also distributes its technical titles through the O'Reilly Online Learning e-reference service. Addison-Wesley's majority of sales derive from the United States (55%) and Europe (22%).

John J. Dreyfus, Jr. was an American financial expert and the founder of the Dreyfus Funds.

Scott Foresman was an elementary educational publisher for PreK through Grade 6 in all subject areas. Its titles are now owned by Savvas Learning Company which formed from former Pearson Education K12 division. The old Glenview headquarters of Scott Foresman is empty as of August, 2020, and Crain's Chicago Business reported that the broker hired to sell the property had missed a mortgage payment.

Eskatrol was an amphetamine weight loss agent which was removed by the U.S. Food and Drug Administration (FDA) in 1981 after its manufacturer, SmithKline & French (SKF), failed to prove the therapeutic effectiveness (Emax) of the medication. At the time it was among the 200 most widely prescribed drugs in the United States. A couple of others included Dexamyl and Desbutal pills. Eskatrol contained dextroamphetamine sulfate (Dexedrine) and prochlorperazine (Compazine), a typical antipsychotic.

Sams Publishing is dedicated to the publishing of technical training manuals and is an imprint of Pearson plc, the global publishing and education company.

Timetrap (ISBN 0671648705) is an original-series Star Trek novel by David Dvorkin, published by Pocket Books in 1988. For the week of June 12, 1988, Timetrap was the fifth-best-selling paperback book on The New York Times Best Seller list. The novel originally sold for US$3.95. Timetrap is Pocket's 40th numbered novel from the retronymed Star Trek: The Original Series. Simon & Schuster released an e-book version in September 2000.

Threshold Editions is an imprint of publishers Simon & Schuster, a division of ViacomCBS, specializing in conservative non-fiction. The publisher is Louise Burke; Mary Matalin was its founding editor-in-chief.

Leon Shimkin was an American businessman who helped to build Simon & Schuster into a major publishing company. Shimkin was responsible for many self-help bestsellers turning Dale Carnegie's lectures into the bestselling book How to Win Friends and Influence People and J.K. Lasser's tax books. Shimkin co-founded Pocket Books and was a pioneer by distributing mass market paperbacks through newsstands and drugstores. Shimkin became the third partner to Simon & Schuster's Max Schuster and Richard L. Simon and remained as an executive after Simon & Schuster was sold to Field Enterprises, Inc. in 1944. Shimkin rose to become chairman of the board and owner of Simon & Schuster until he sold it to Gulf + Western in 1975.

Bernard J. Geis was an American editor and publisher who founded the now-defunct Bernard Geis Associates, which published and promoted several best-sellers in the 1960s and 70s, including Jacqueline Susann's Valley of the Dolls and Helen Gurley Brown's Sex and the Single Girl and David Wilkerson's The Cross and the Switchblade.