Last updated January 07, 2023
Head of state of the Republic of Kosovo

The president of the Republic of Kosovo (Albanian : Presidenti i Republikës së Kosovës, Serbian : Председник Републике Косова, romanized: Predsednik Republike Kosova), is the head of state and chief representative of the de facto Republic of Kosovo in the country and abroad.

The vote in the Assembly should take place no later than a month before the end of the incumbent president's term of office. [3] The president serves for a five-year term, renewable once.

The first post-war president, who served until his death in January 2006, was Ibrahim Rugova. His successor was Fatmir Sejdiu. When Sejdiu resigned from his post on 27 September 2010, Jakup Krasniqi served as acting president. [4] [5] On 22 February 2011, Behgjet Pacolli was elected as a president of Kosovo, [6] which was quickly evaluated as unconstitutional move. [7] On 4 April 2011, Behgjet Pacolli stepped down [8] and it was decided that another candidate would be elected to serve for up to a year. A constitutional reform will be undertaken to allow for a popular vote for the president in 2013. On 7 April 2011, Atifete Jahjaga, Deputy Director of the Kosovo Police, [9] with the rank of major general, [10] was elected as president.

Republic of Kosova (recognised only by Albania)

Fatmir Sejdiu is a Kosovar politician. He was the leader of the Democratic League of Kosovo (LDK) and was the 1st President of Republic of Kosovo.

New Kosovo Alliance is a liberal political party in Kosovo. The party was founded on 3 May 2006, by Behgjet Pacolli.

Foreign relations of Kosovo are accomplished by efforts of the Ministry of Foreign Affairs of Kosovo. Kosovo operates 33 embassies abroad and is host to 22 embassies in Pristina. Kosovo has membership in several international organisations.

Jakup Krasniqi is a Kosovo-Albanian politician and former acting President of Kosovo. He is former Chairman of the Assembly of Kosovo. In November 2020 he was arrested for charges of crimes against humanity and war crime filed before the Kosovo Specialist Chambers. 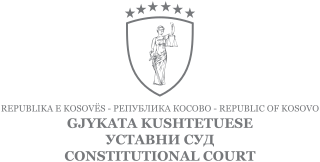 Parliamentary elections were held in Kosovo on 12 December 2010, following a vote of no-confidence in the government that brought forward the election. Those were the first elections after the country declared independence.

Indirect presidential elections were held in Kosovo on 22 February 2011 and 7 April 2011.

Atifete Jahjaga is a Kosovar Albanian politician who served as the third President of Kosovo. She was the first female President of the Republic of Kosovo, the first non-partisan candidate and the youngest female head of state to be elected to the top office. She served as Deputy Director of the Kosovo Police, holding the rank of General Lieutenant Colonel, the most senior among women officers in Southeastern Europe.

Adrian Prenkaj is a public policy consultant, former Kosovo diplomat and former Adviser for European Integration to the President of the Republic of Kosovo, Atifete Jahjaga, He joined Jahjaga's Cabinet in February 2012, following three years as First Secretary for Political Affairs at the Embassy of the Republic of Kosovo in the United States. Before joining the diplomatic service of Kosovo, he worked as a Senior European Affairs Officer in the Agency for European Integration of Kosovo.

Kosovo's declaration of independence from Serbia was enacted on Sunday, 17 February 2008 by a unanimous vote of the Assembly of Kosovo. All 11 representatives of the Serb minority boycotted the proceedings. International reaction was mixed, and the world community continues to be divided on the issue of the international recognition of Kosovo. Libya extended official diplomatic recognition to Kosovo on 25 September 2013.

Women in Kosovo are women who live in or are from the Republic of Kosovo. As citizens of a post-war nation, some Kosovar women have become participants in the process of peace-building and establishing pro-gender equality in Kosovo's rehabilitation process. Women in Kosovo have also become active in politics and law enforcement in the Republic of Kosovo. An example of which is the election of Atifete Jahjaga as the fourth President of Kosovo. She was the first female, the first non-partisan candidate, and the youngest to be elected to the office of the presidency in the country. Before becoming president, she served as Deputy Director of the Kosovo Police, holding the rank of major general, the highest among women in Southeastern Europe.

The parliament of Kosovo held indirect elections for president of Kosovo on 3 and 4 April 2021. The elections successfully concluded after three rounds, with Vjosa Osmani winning 71 votes out of a total possible 120. Three political parties boycotted the vote. Nasuf Bejta, also a member of Guxo, the political party Osmani founded, was the only other candidate who received a vote during any of the other rounds. 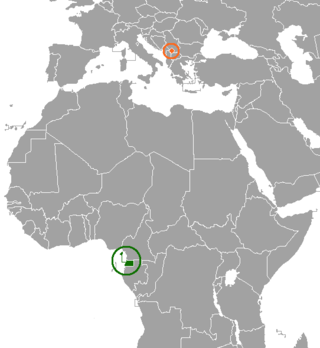