President of Serbia and Montenegro

Last updated December 15, 2022
Head of state of Serbia and Montenegro (1992–2006)
Not to be confused with President of Yugoslavia.

As head of state, the president had the power to

In 2003, the powers of the president were extended to include the right to chair the Council of Ministers and propose the composition of the Council of Ministers to the parliament, effectively merging the powers of the head of government into the office. However, although the president became de jure both head of state and head of government, his role was largely limited because all the institutions were indirectly elected by confederal parliament, which was itself elected by parliaments of member states.

The results of the direct presidential elections of 2000 were as follows:

There were six presidents of FR Yugoslavia (two acting) after its assertion of independence from the Socialist Federal Republic of Yugoslavia (SFRY) in 1992 up until its dissolution in 2003. Svetozar Marović of the Democratic Party of Socialists of Montenegro was the only President of the FR Yugoslavia after its constitutional reforms and reconstitution as a confederacy. He was inaugurated on March 7, 2003. After the declaration of independence of Montenegro, on June 3, 2006, the president announced on June 4, 2006 the termination of his office. [1] 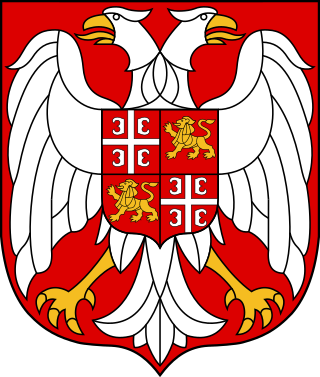 The Politics of Serbia and Montenegro, known as the Federal Republic of Yugoslavia, later renamed as Serbia and Montenegro, took place in a framework of a federal parliamentary republic with a multi-party system, and after 2003, in the context of a confederation. The president was head of state and, following constitutional reforms in 2003, simultaneously head of government. Executive power was exercised by the Council of Ministers. Federal legislative power was vested in the Serbia-Montenegro Parliament. 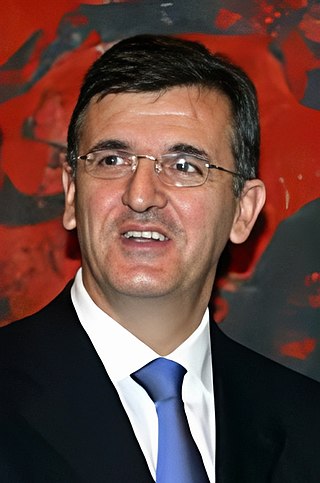 Svetozar Marović is a Montenegrin lawyer and politician who served as the last head of state and head of government of Serbia and Montenegro from 2003 until Montenegro's declaration of independence in 2006.

The Democratic Party of Socialists of Montenegro is a populist political party in Montenegro. A former long-time ruling party sitting at the opposition for the first time as of 2020, it was formed on 22 June 1991 as the successor of the League of Communists of Montenegro, which had governed Montenegro within the Socialist Federal Republic of Yugoslavia since World War II, and has remained a major force in the country ever since. The party is a member of the Socialist International and the Progressive Alliance, and an associate of the Party of European Socialists. During the 1990s, DPS was the major centre-left, social-democratic party in favour of Serbian-Montenegrin unionism. However, since 1997, the party has embraced Montenegrin independence and has been improving ties with the West, slowly turning into a catch-all party embracing Atlanticism, Montenegrin nationalism, neoliberalism, and pro-Europeanism. 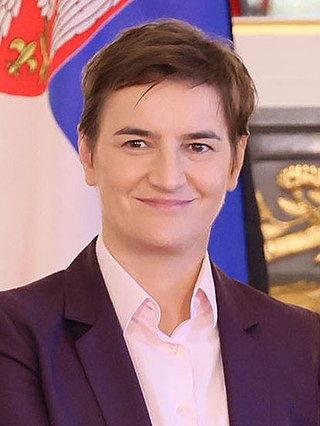 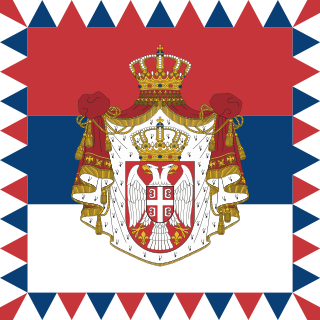 The president of Serbia, officially styled as the President of the Republic is the head of state of Serbia.

"Onamo, 'namo!" also known as the Serbian Marseillaise was a popular anthem in Montenegro in the late 19th to early 20th century. The royal state anthem of Montenegro at the time was To Our Beautiful Montenegro, while the education anthem was the Hymn to Saint Sava. 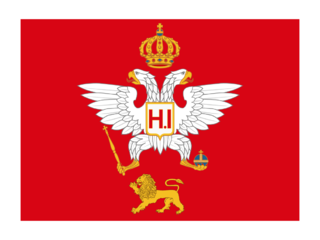 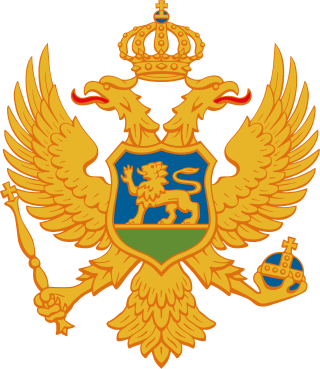 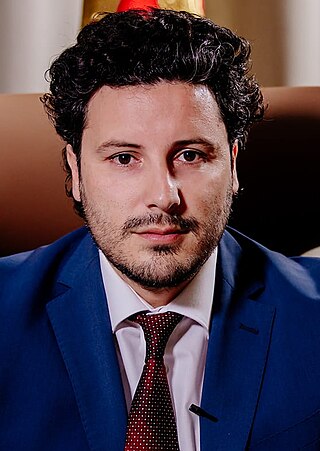 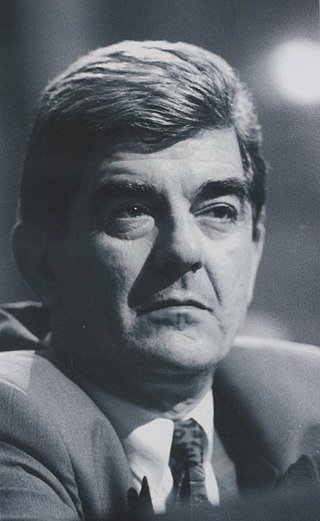 Montenegrin–Serbian relations are foreign relations between Montenegro and Serbia. From 1918 until 2006 the two states were united under the Kingdom of Yugoslavia, the Socialist Federal Republic of Yugoslavia, and Serbia and Montenegro. There is controversy regarding the national identity of Montenegro due to recent political developments in the region. There is a debate on the ethnic identification of Montenegrins, and the name of the national language. Despite this, the two countries have maintained mostly friendly relations. 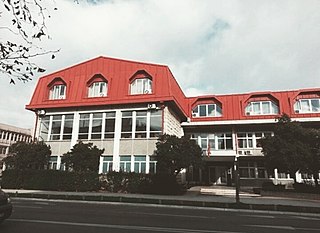 Toplica Đorđević is a former politician in Serbia. He was a leading figure in the city government of Niš in the early 2000s, and has also served in the assemblies of Serbia, the Federal Republic of Yugoslavia, and the State Union of Serbia and Montenegro. During his time as an elected official, Đorđević was a member of the Democratic Party.