A press subsidy (Luxembourgish : Staatlech Pressehëllef) is given by the government to newspapers in Luxembourg under the Law of 13 August 1998 on the Promotion of the Printed Press. They are awarded automatically to all general-interest newspapers appearing at least once a week that have full-time staffs of at least five journalists and of which advertisements constitute less than 50% of the newspaper. [1]

The total programme amounted to €7,754,499 in 2009. One-third of the total subsidy is spread evenly between qualifying newspapers, with the other two-thirds being proportional to the number of pages. All newspapers except the dominant Luxemburger Wort depend on the press subsidy for survival. [2]

Luxemburger Wort is a German-language Luxembourgish daily newspaper. There is an English edition named the Luxembourg Times.

In addition, newspapers received indirect subsidy by a preferential postal rate, a ceiling on television and radio advertising, and a reduced value added tax rate of 3%. [1] 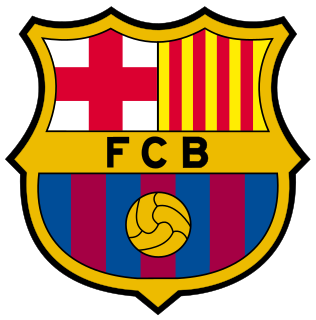 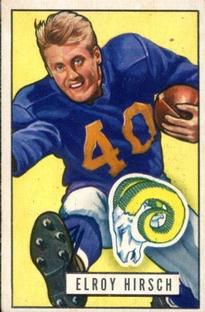 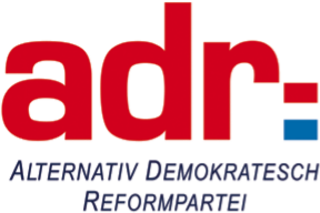 The Alternative Democratic Reform Party, abbreviated to ADR, is a national-conservative political party in Luxembourg. It has four seats in the sixty-seat Chamber of Deputies, making it the fifth-largest party. 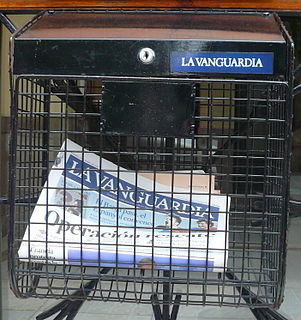 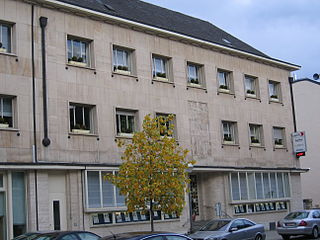 Tageblatt is a German language Luxembourgish daily newspaper published in Esch-sur-Alzette by Editpress.

The Lëtzebuerger Journal is a daily newspaper in Luxembourg. It holds a centrist liberal editorial position, supporting the Democratic Party.

The European School, Luxembourg II, also known as ESL2, is a European School, located on the border of the communes of Bertrange and Mamer in Luxembourg. Founded in 2004, the school prioritises, for enrolment purposes, pupils of EU staff based nearby. It is an all-through school, which offers a multilingual, multicultural education to its pupils, leading to the European Baccalaureate as its secondary leaving qualification.

Correio was a Portuguese-language newspaper published in Luxembourg. It was published by Editpress.

d'Lëtzebuerger Land is a weekly newspaper published in Luxembourg. It is in German, French and Luxembourgish.

La Voix du Luxembourg was a French-language newspaper published in Luxembourg between 2001 and 2011.

Le Jeudi is a French-language weekly newspaper published in Luxembourg.

Woxx is a multilingual weekly newspaper published in Luxembourg.

Zeitung vum Lëtzebuerger Vollek is a newspaper published in Luxembourg by the Communist Party of Luxembourg.

Editpress is a publishing company in Luxembourg. It publishes several newspapers, including its flagship daily Tageblatt, the Portuguese-language weekly Correio, the weekly Lux-Post, and 50% shares in the free daily L'essentiel and the French-language daily Le Quotidien as well as weekly newspaper Le Jeudi. 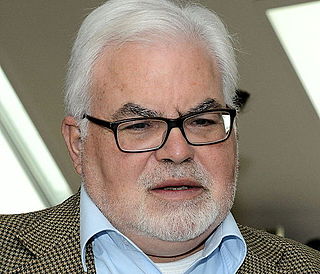 Mario Hirsch is a Luxembourgian political scientist and journalist.