Nikol Pashinyan is the current prime minister. He took the office on 8 May 2018 following the resignation of Serzh Sargsyan.

α.    ^ Assassinated while in office in the 1999 Armenian parliament shooting.

The Government of the Republic of Armenia or the executive branch of the Armenian government is an executive council of government ministers in Armenia. It is one of the three main governmental branches of Armenia and is headed by the Prime Minister of Armenia. 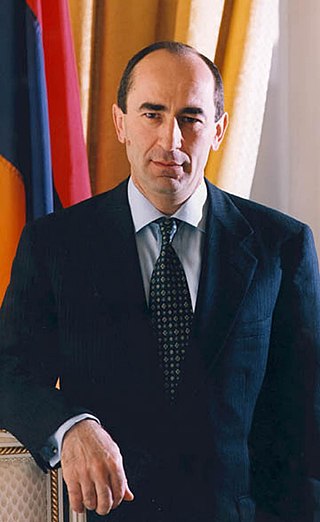 The Republican Party of Armenia is a national-conservative political party in Armenia led by the third president of Armenia, Serzh Sargsyan. 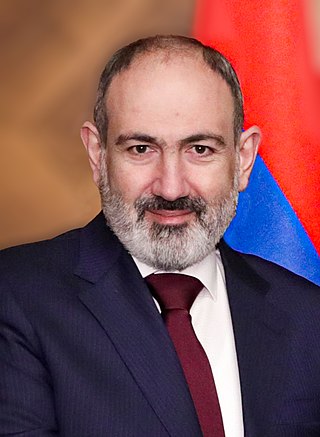 Nikol Vovayi Pashinyan is an Armenian politician serving as the prime minister of Armenia since 8 May 2018. 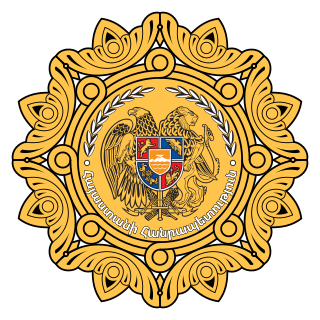 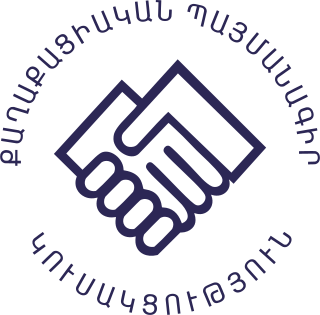 Civil Contract is a centrist political party in Armenia.

The following lists events that occurred in 2018 in Armenia. 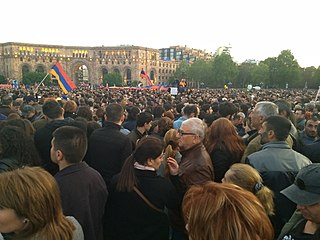 The 2018 Armenian Revolution, most commonly known in Armenia as #MerzhirSerzhin, was a series of anti-government protests in Armenia from April to May 2018 staged by various political and civil groups led by a member of the Armenian parliament — Nikol Pashinyan. Protests and marches took place initially in response to Serzh Sargsyan's third consecutive term as the most powerful figure in the government of Armenia and later against the Republican Party-controlled government in general. Pashinyan declared it a Velvet Revolution. 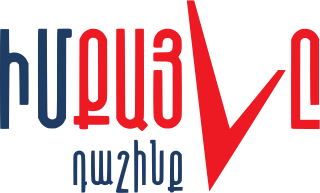 The My Step Alliance was a political alliance in Armenia formed by the Civil Contract party, the Mission Party and various independent representatives of civil society. It was formed in August 2018, before the 2018 Yerevan City Council election. The leader of the alliance was the Prime Minister of Armenia Nikol Pashinyan. Despite its dissolution as a national party, the My Step Alliance still operates in the Yerevan City Council. 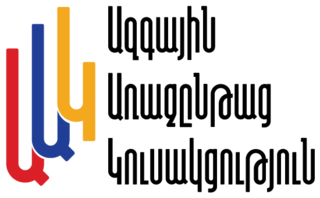 The National Progress Party of Armenia is a political party in Armenia, founded on 3 October 2018, by a group of political activists following the 2018 Armenian Velvet Revolution.

One Armenia Party is a centrist political party in Armenia. It was founded on 19 February 2019 by Arthur Ghazinian. 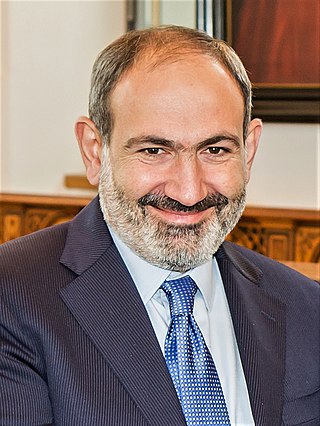 The premiership of Nikol Pashinyan began on May 8, 2018, when Nikol Pashinyan was elected in a 59–42 vote by the National Assembly of Armenia to be the 16th Prime Minister of Armenia. Following the resignation of Serzh Sargsyan on April 23 due to mass protests in the country, Pashinyan was seen by the demonstrators as the best possible successor that has no ties to the previous government. His nomination was contested by the republican majority during a vote on May 1, but was finally accepted during a second hearing a week later. 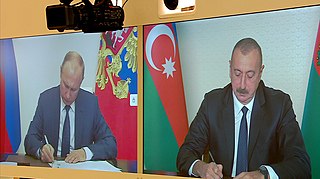 The 2020−2021 Armenian protests were a series of protests that began following the Nagorno-Karabakh ceasefire agreement on 10 November 2020. After Prime Minister Nikol Pashinyan announced that he signed an agreement to cede Armenian-occupied territories in Azerbaijan and put an end to six weeks of hostilities over the Nagorno-Karabakh region, thousands of people took to the streets, and hundreds stormed the Parliament building in the capital Yerevan. Protests continued throughout November, with demonstrations in Yerevan and other cities demanding the resignation of Nikol Pashinyan.

The 2021 Armenian political crisis was an alleged military coup attempt by the Armed Forces of Armenia led by the Chief of the General Staff of the Armenian Armed Forces Onik Gasparyan against the government of Armenian Prime Minister Nikol Pashinyan. Pashinyan accused Gasparyan and 40 other high-ranking military officers of attempting a coup after they published a statement calling for Pashinyan's resignation on 25 February 2021.