Succession of the presidency 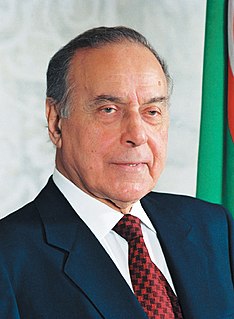 Heydar Alirza oglu Aliyev was an Azerbaijani politician who served as the third President of Azerbaijan from October 1993 to October 2003. As the national president, he held constitutional powers, but his influence on Azerbaijani politics had begun years earlier. As a young man he had joined the Azerbaijan SSR People's Commissariat for State Security (NKGB) and quickly rose to the rank of Major-General. 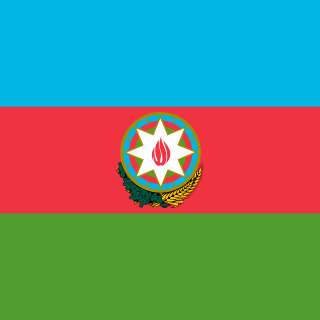 The president of the Republic of Azerbaijan is the head of state of Azerbaijan. The Constitution states that the president is the embodiment of executive power, commander-in-chief, "representative of Azerbaijan in home and foreign policies", and that he/she "shall have the right of immunity [from prosecution]." The president rules through his executive office, the Presidential Administration, consisting of a group of secretaries and departmental ministers. Additionally, there is a Cabinet of Ministers regarding economic and social policy and a Security Council regarding foreign, military, and judicial matters. 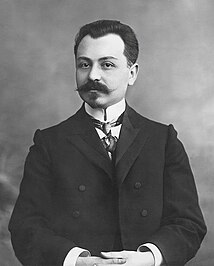 Fatali Khan Isgender oglu Khoyski was an Azerbaijani attorney, a member of the Second State Duma of the Russian Empire, Minister of Internal Affairs, Minister of Defense and, later the first Prime Minister of the independent Azerbaijan Democratic Republic.

Mammad Hasan Jafargulu oglu Hajinski was an Azerbaijani architect and statesman. He also served as a Minister for Foreign Affairs of Azerbaijan Democratic Republic (ADR) and the last Prime Minister of ADR.

Tahira Akbar qizi Tahirova was a Soviet politician and diplomat. She served as Foreign Minister of the Azerbaijani Soviet Socialist Republic from 1959 to 1983. 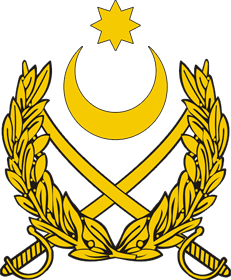 Following the October Revolution, Vladimir Lenin became the head of the new government of the Russian Soviet Federative Socialist Republic. It was known officially as the Council of People's Commissars, effectively his cabinet. Ten of the council's fourteen members would later be killed during Joseph Stalin's Great Purge.

Diplomatic relations between the Republic of Azerbaijan and Hungary were established a year after the former state's declaration of independence from the Soviet Union.

Azerbaijan—France relations refer to the bilateral relations between the Republic of Azerbaijan and the French Republic in the political, socio-economic, cultural, and other spheres.