Princess Catherine Ivanovna of Russia (Russian : Княжна Екатери́на Иоа́нновна; 12 July 1915 (O.S.) – 13 March 2007 [1] ) was a great-great-granddaughter of Tsar Nicholas I of Russia and a niece of King Alexander I of Yugoslavia. She was the last member of the Imperial Family to be born before the fall of the dynasty. She was also second cousin of Prince Philip, Duke of Edinburgh, as Catherine's grandfather Grand Duke Konstantin Konstantinovich of Russia was younger brother of Prince Philip's grandmother Olga, Queen of Greece.

Born in Pavlovsk Palace, she was the second child of Prince John Konstantinovich of Russia and Princess Jelena of Serbia. After the Revolution, her father was arrested and deported from the capital and her mother followed her husband into exile. Catherine and her brother, Vsevolod, remained in the care of her grandmother, the Grand Duchess Elizaveta Mavriekievna of Russia. On 18 July 1918, their father, Prince John, was killed, and their mother, Princess Jelena, was arrested and spent several months in Soviet prisons. Grand Duchess Elizabeth was able to take Catherine and her brother to Sweden. Sometime later, they were reunited with their mother.

The family lived in Serbia, then moved to England. There, Catherine received an excellent education, although she never learned the Russian language because her mother, devastated by her husband's death, did not want her children speaking that language in front of her.

From 1937 to 1945, Princess Catherine Ivanovna lived in Italy. During her stay there, she married the Italian diplomat Ruggero Farace, Marchese Farace di Villaforesta (4 August 1909 - 14 September 1970), in Rome on 15 September 1937; on occasion of her wedding, she renounced to her succession rights to the Russian throne.

Marchese Ruggero Farace Farace di Villaforesta (1909-1970) was son of Alfredo, Marchese Farace di Villaforesta (1860-1949), member of an old Sicilian noble family and Greek aristocrat Caterina Fachiri (1882-1968), who was descendant of some of the most prominent Phanariote families of Constantinople, such as Rallis, Vlastos, Mavrocordato and Rodocanachi, making her also related to former ruling families of Wallachia & Moldavia. Through mutual descent from Princes of Mavrocordato Ruggero was distantly related to Queen Natalia of Serbia (1859-1941), Princess Aspasia of Greece and Denmark (1896-1972) and her daughter Queen Alexandra of Yugoslavia (1921-1993), who was married to his wife's first cousin King Peter II of Yugoslavia (1922-1970).

In 1945, after the end of the World War II, Princess Catherine separated from her husband (although they never legally divorced) and moved with her children to South America. In later years, she lived in the city of Montevideo, Uruguay, where she died on 13 March 2007. [4] 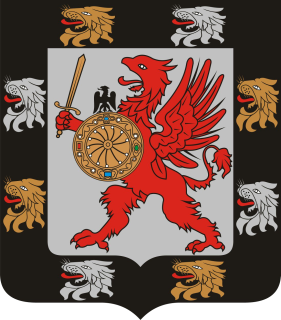 Catherine I was the second wife of Peter the Great and Empress of Russia from 1725 until her death. 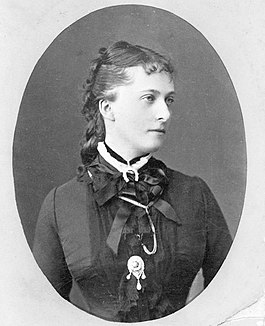 Princess Yekaterina Romanovna Vorontsova-Dashkova was the closest female friend of Empress Catherine the Great and a major figure of the Russian Enlightenment. She was part of a coup d'etat that placed Catherine on the throne. Vorontsova-Dashkova was the first woman in the world to head a national academy of sciences and helped found the Russian Academy. She also published prolifically, with original and translated works on many subjects.

Prince Vladimir Pavlovich Paley was a Russian aristocrat and poet, who was executed by the Bolsheviks when he was 21 years old.

Princess Tarakanova was a pretender to the Russian throne. She styled herself, among other names, Knyazhna Yelizaveta Vladimirskaya, Fräulein Frank, and Madame Trémouille. Tarakanova is a later name, used only in entertainment, apparently on the basis of how she lived her last months and died. In her own time, she was not known by that name.

The Russian Imperial Family was split into four main branches named after the sons of Emperor Nicholas I: 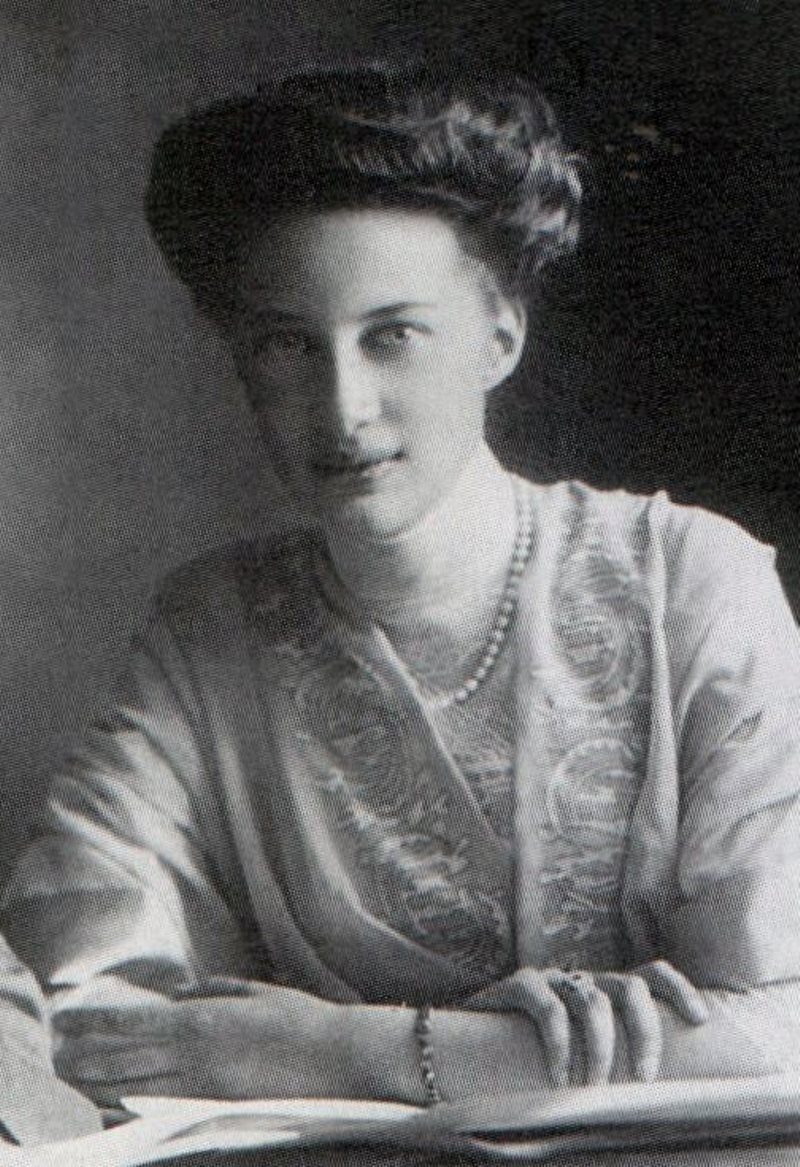 Princess Tatiana Konstantinovna of Russia was the third child and oldest daughter of Grand Duke Konstantin Konstantinovich of Russia and wife, Princess Elisabeth of Saxe-Altenburg.

Prince Gabriel Constantinovich of Russia was the second son of Grand Duke Konstantin Konstantinovich of Russia and his wife, Grand Duchess Elizabeth Mavrikievna of Russia. A great-grandson of Tsar Nicholas I, he was born in Imperial Russia and served in the army during World War I. He lost much of his family during the war and the Russian Revolution. He narrowly escaped execution by the Bolsheviks and spent the rest of his life living in exile in France.

Sebastian Carlos Arcelus is an American actor, best known for his roles as Lucas Goodwin in the Netflix TV series House of Cards from 2013 to 2016 and Jay Whitman in the CBS TV series Madam Secretary.

The Monarchy of Russia was abolished in 1917 following the February Revolution, which forced Emperor Nicholas II (1868–1918) to abdicate. Claims made on behalf of different persons to be the rightful current pretender continue to be debated. 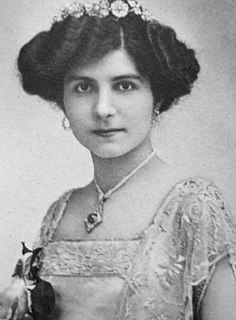 Henrietta Catharina Luisa Schneider was a Baltic German tutor at the court of Tsar Nicholas II and Tsarina Alexandra. She taught Alexandra Russian before her marriage, just as she had some years earlier taught Russian to the Tsarina's sister, Grand Duchess Elizabeth Fyodorovna before her marriage to Grand Duke Sergei Alexandrovich of Russia.

Princess Vera Constantinovna of Russia, also Vera Konstantinovna, was the youngest child of Grand Duke Konstantine Konstantinovich of Russia and his wife, Grand Duchess Elizabeth Mavrikievna. A great-granddaughter of Tsar Nicholas I of Russia, she was born in the Russian Empire and was a childhood playmate of the younger children of Emperor Nicholas II of Russia. She lost much of her family during World War I and the Russian Revolution. At age twelve, she escaped revolutionary Russia, fleeing with her mother and brother George to Sweden. She spent the rest of her long life in exile, first in Western Europe and from the 1950s in the United States. 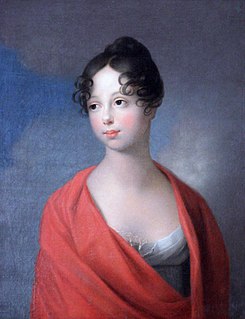 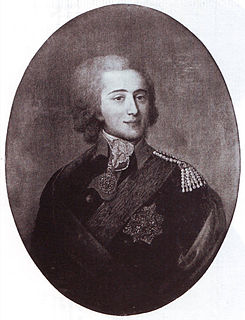 Ivan Nikolajevich Rimsky-Korsakov, né Korsav was a Russian courtier and lover of Catherine the Great from 1778 to 1779. He was a member of the same family which produced composer Nikolai Rimsky-Korsakov. 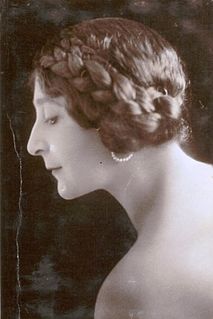 Princess Catherine Alexandrovna Yurievskaya, in Russian Екатерина Александровна Юрьевская was the natural daughter of Alexander II of Russia by his mistress, Princess Catherine Dolgorukov. In 1880, she was legitimated by her parents' morganatic marriage. In her own family, she was known as Katia. 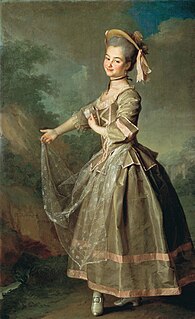 Yekaterina Ivanovna Nelidova was a Russian noblewoman and lady-in-waiting. She was the royal mistress of Tsar Paul I of Russia.