Probability measures have applications in diverse fields, from physics to finance and biology.

The conditional probability based on the intersection of events defined as:

satisfies the probability measure requirements so long as

Probability measures are distinct from the more general notion of fuzzy measures in which there is no requirement that the fuzzy values sum up to 1, and the additive property is replaced by an order relation based on set inclusion.

Market measures which assign probabilities to financial market spaces based on actual market movements are examples of probability measures which are of interest in mathematical finance, e.g. in the pricing of financial derivatives. [5] For instance, a risk-neutral measure is a probability measure which assumes that the current value of assets is the expected value of the future payoff taken with respect to that same risk neutral measure (i.e. calculated using the corresponding risk neutral density function), and discounted at the risk-free rate. If there is a unique probability measure that must be used to price assets in a market, then the market is called a complete market. [6]

Probability measures are also used in mathematical biology. [7] For instance, in comparative sequence analysis a probability measure may be defined for the likelihood that a variant may be permissible for an amino acid in a sequence. [8]

Ultrafilters can be understood as

-valued probability measures, allowing for many intuitive proofs based upon measures. For instance, Hindman's Theorem can be proven from the further investigation of these measures, and their convolution in particular. 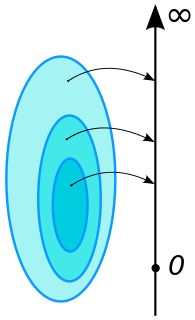 Probability theory is the branch of mathematics concerned with probability. Although there are several different probability interpretations, probability theory treats the concept in a rigorous mathematical manner by expressing it through a set of axioms. Typically these axioms formalise probability in terms of a probability space, which assigns a measure taking values between 0 and 1, termed the probability measure, to a set of outcomes called the sample space. Any specified subset of these outcomes is called an event. Central subjects in probability theory include discrete and continuous random variables, probability distributions, and stochastic processes, which provide mathematical abstractions of non-deterministic or uncertain processes or measured quantities that may either be single occurrences or evolve over time in a random fashion. Although it is not possible to perfectly predict random events, much can be said about their behavior. Two major results in probability theory describing such behaviour are the law of large numbers and the central limit theorem. 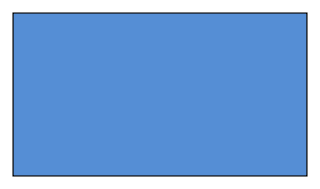 In mathematics, a measurable cardinal is a certain kind of large cardinal number. In order to define the concept, one introduces a two-valued measure on a cardinal κ, or more generally on any set. For a cardinal κ, it can be described as a subdivision of all of its subsets into large and small sets such that κ itself is large, ∅ and all singletons {α}, α ∈ κ are small, complements of small sets are large and vice versa. The intersection of fewer than κ large sets is again large.

In mathematics, the ba space of an algebra of sets is the Banach space consisting of all bounded and finitely additive signed measures on . The norm is defined as the variation, that is ,

In mathematics, additivity and sigma additivity of a function defined on subsets of a given set are abstractions of how intuitive properties of size of a set sum when considering multiple objects. Additivity is a weaker condition than σ-additivity; that is, σ-additivity implies additivity.

In mathematics, the membership function of a fuzzy set is a generalization of the indicator function for classical sets. In fuzzy logic, it represents the degree of truth as an extension of valuation. Degrees of truth are often confused with probabilities, although they are conceptually distinct, because fuzzy truth represents membership in vaguely defined sets, not likelihood of some event or condition. Membership functions were introduced by Zadeh in the first paper on fuzzy sets (1965). Zadeh, in his theory of fuzzy sets, proposed using a membership function operating on the domain of all possible values.

In mathematics, the Bochner integral, named for Salomon Bochner, extends the definition of Lebesgue integral to functions that take values in a Banach space, as the limit of integrals of simple functions.

In mathematics, ergodicity expresses the idea that a point of a moving system, either a dynamical system or a stochastic process, will eventually visit all parts of the space that the system moves in, in a uniform and random sense. This implies that the average behavior of the system can be deduced from the trajectory of a "typical" point. Equivalently, a sufficiently large collection of random samples from a process can represent the average statistical properties of the entire process. Ergodicity is a property of the system; it is a statement that the system cannot be reduced or factored into smaller components. Ergodic theory is the study of systems possessing ergodicity.

The concept of an abstract Wiener space is a mathematical construction developed by Leonard Gross to understand the structure of Gaussian measures on infinite-dimensional spaces. The construction emphasizes the fundamental role played by the Cameron–Martin space. The classical Wiener space is the prototypical example. 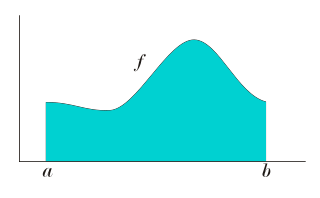