In mathematics, given two preordered sets

Another possible ordering on

is the lexicographical order, which is a total ordering. However the product order of two totally ordered sets is not in general total; for example, the pairs

are incomparable in the product order of the ordering

The Cartesian product with the product order is the categorical product in the category of partially ordered sets with monotone functions. [7]

is a set and for every

is a preordered set. Then the product preorder on

is defined by declaring for any

is a partial order then so is the product preorder.

Furthermore, given a set

the product order over the Cartesian product

can be identified with the inclusion ordering of subsets of

The notion applies equally well to preorders. The product order is also the categorical product in a number of richer categories, including lattices and Boolean algebras. [7]

In mathematics, the inverse limit is a construction that generalizes several other constructions that recur throughout various fields of mathematics, including products, pullbacks, intersections, and an endless amount of other related constructions, only some of which have been investigated − profinite groups, p-adic numbers, and solenoids being some prominent examples. Inverse limits are taken of inverse systems in some given category, such as the category Set of sets for example. An inverse system is a collection of objects in the category indexed by some preordered set called the indexing set, together with a collection of morphisms called connecting morphisms that satisfy the following compatibility condition of inverse systems: whenever A cone into this inverse system is pair consisting of an object called its vertex, and an -indexed family of morphisms each of which has prototype and satisfying the compatibility condition: whenever An inverse limit of this inverse system, if it exists, is a cone that also has an additional property known as the universal property of inverse limits. This universal property establishes a one-to-one correspondence between, on one hand, cones into the given inverse system and, on the other hand, a unique morphism into the limit object that is "compatible" with the limit's family of morphisms in that it satisfies the condition: for every index . If a limit of a system exists then in general, it might not be unique although it will always be unique up to a certain unique isomorphism.

In mathematics, more specifically in general topology and related branches, a net or Moore–Smith sequence is a generalization of the notion of a sequence. In essence, a sequence is a function whose domain is the natural numbers. The codomain of this function is usually some topological space.

In mathematics, a monotonic function is a function between ordered sets that preserves or reverses the given order. This concept first arose in calculus, and was later generalized to the more abstract setting of order theory.

In mathematics, an inequality is a relation which makes a non-equal comparison between two numbers or other mathematical expressions. It is used most often to compare two numbers on the number line by their size. There are several different notations used to represent different kinds of inequalities: 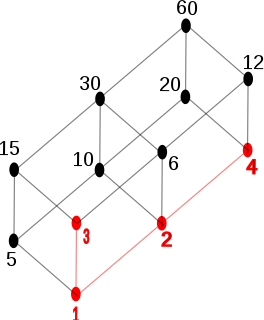 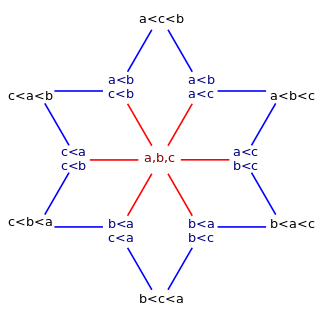 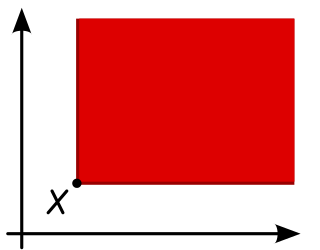 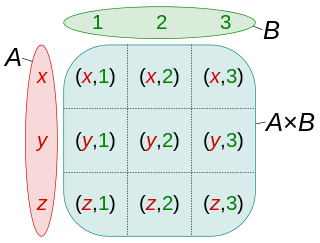