The company owned and operated a number of major entertainment industry trade publications and their associated digital properties, including Adweek , Backstage , Billboard , Film Journal International , and The Hollywood Reporter .

On December 17, 2015, it was announced that Guggenheim would spin out its media properties to a group led by former executive Todd Boehly, known as Eldridge Industries.

On December 10, 2009, the Nielsen Company announced that it would sell its Business Media division, which included brands such as Adweek , Billboard , and The Hollywood Reporter , to a new company known as e5 Global Media; a joint venture between Guggenheim Partners and Pluribus Capital Management—a company led by James Finkelstein, Matthew Doull, and George Green. Two Nielsen properties, Editor & Publisher , and Kirkus Reviews , were not included in the sale, and were to be shut down. [1] Editor & Publisher would instead be sold to the Duncan McIntosh Company, [2] and Kirkus Reviews would be sold to Herbert Simon. [3] The company's first CEO was Richard Beckman, [4] previously an executive and publisher at Condé Nast and Fairchild Publications, [5] and former publisher of magazines GQ and Vogue. [6] Beckman's career suffered a setback in 1999 following "some inappropriate behavior" resulting in injuries to Vogue's West Coast advertising director Carol Matthews, while Beckman was Matthews' publisher at Condé Nast. [7]

Beckman's first major move was a re-launch of The Hollywood Reporter; with the hiring of Janice Min, formerly of Us Weekly , as editorial director, THR replaced its daily print publication with a weekly magazine, and performed a significant redesign to its website with an increased focus on breaking scoops. The new format was meant to compete against up-and-coming blogs focusing on industry news, such as Deadline Hollywood and TheWrap , along with its then-struggling rival Variety . The changes had a significant impact on the publication's performance: by 2013, ad sales were up more than 50%, while traffic to the magazine's website had grown by 800%. [8] [9] In October 2010, the company was renamed Prometheus Global Media; named after the Greek mythological figure, Beckman stated in an internal memo that the new name would "[carry] more weight and gravitas in the marketplace." [10]

In late 2011, Prometheus went through a number of cost-cutting measures. In August 2011, Backstage was sold to a group of investors led by John Amato in a transaction funded by Guggenheim, and the following month, Prometheus laid off the staff responsible for the Hollywood Creative Directory and announced it had sold the publication. [11] [12] [13]

In January 2013, Guggenheim Partners acquired the stake in Prometheus owned by Pluribus Capital, giving it full ownership; following the acquisition, former Yahoo! executive Ross Levinsohn was named as CEO of the new Guggenheim Digital Media division, which would oversee Prometheus and other digital assets for Guggenheim companies (such as Dick Clark Productions). In April 2013, Guggenheim re-acquired Backstage (which had also acquired Sonicbids, a platform for allowing musicians to book gigs online) and made its CEO John Amato president of the Billboard Group—a new group consisting of Billboard, Backstage, and Sonicbids. [14] [15] [16] [17]

In a January 2014 restructuring, Levinsohn was shifted to a business development role and no longer directly manages the Prometheus properties. Additionally, the company was split into two operating groups; an Entertainment Group was formed by merging The Hollywood Reporter into the Billboard Group, with Janice Min becoming co-president and chief creative officer of the group alongside Amato. The remaining properties, consisting of Adweek and Film Expo Group, are led by Jeff Wilbur. [15] [18]

On May 29, 2014, Prometheus announced it would acquire the publishing assets of Mediabistro—a network of websites focusing on various aspects of the mass media industry—which includes the media job listing site Mediabistro and its network of blogs such as AgencySpy, FishbowlNY, Lost Remote and TVNewser—for $8 million. The acquisition did not include Mediabistro's expo business, which were retained under the name Mecklermedia. [19] [20] On January 13, 2015, Adweek and Film Expo Group were merged into Mediabistro to form a new Prometheus subsidiary, Mediabistro Holdings. At the same time, its blogs were re-launched under the new "Adweek Blog Network" banner, and all of Mediabistro's social media-oriented blogs were merged into SocialTimes. [21]

In March 2015, Guggenheim Partners reported that its president Todd Boehly was exploring the possibility of forming his own company. A representative stated that such a company would "likely be harmonious with Guggenheim, especially since Todd's role for some time has been strategic and transaction-oriented, rather than working in or managing any of our day-to-day businesses." [22] On December 17, 2015, in response to losses across Guggenheim Partners, the company announced that it would spin out its media properties to a group led by Boehly, including the Hollywood Reporter-Billboard Media Group, Mediabistro, and Dick Clark Productions, all under their existing leadership. [23] [24] [25] The resultant company is known as Eldridge Industries. [26]

Mecklermedia was a U.S.-based corporation. The original WebMediaBrands was established in 1994, and headquartered in New York. Founded by Alan M. Meckler and Tristan Louis, the company provides business-to-business (B2B) services for creative, business and information technology professionals, including recruitment and event promotion. 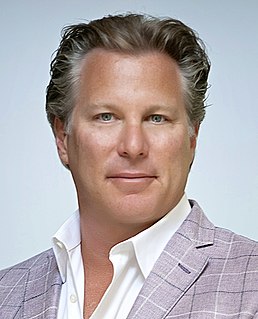 Ross Levinsohn is an American media executive who has worked in media and technology. He is the CEO of The Arena Group and Sports Illustrated, and has held senior roles at Yahoo, Fox Interactive and Tribune Publishing, including a brief tenure as publisher of the Los Angeles Times. He became the CEO of Sports Illustrated in October 2019, and becme CEO of The Arena Group in August 2020.

Adweek is a weekly American advertising trade publication that was first published in 1979. Adweek covers creativity, client–agency relationships, global advertising, accounts in review, and new campaigns. During this time, it has covered several notable shifts in technology, including cable television, the shift away from commission-based agency fees, and the Internet. 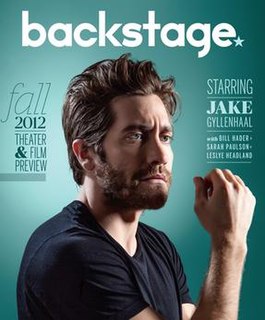 Brandweek is a three-day brand marketing symposium and a part of Adweek, LLC. It was also previously a weekly American marketing trade publication that was published between 1986 and April 2011.

Mitchell B. Fox is an American businessman. He was the Group President and Publishing Director of Condé Nast Publications, the President and CEO of The Golf Digest Companies, and Publisher of Vanity Fair and Details magazines. Fox was the Vice President and Publisher of Vanity Fair during its rise in the 1990s. As Group President, his responsibilities included overseeing Condé Nast's golf properties, its Fairchild fashion group including W magazine and Women's Wear Daily, its Bridal group, and other magazines, including Self, Allure, Bon Appetit, and Condé Nast Traveler.

Mediabistro is a website that offers career and job search resources for media professionals. It publishes various blogs which analyze the mass media industry, including the film and the publishing industries. It also provides job listings, courses, and seminars for journalists. The site was founded in 1999 by Laurel Touby as "a gathering place for professionals in journalism, publishing and other media-related industries in New York City". Mediabistro has since grown into an international resource for media professionals.

MRC is an American media company owned by Eldridge Industries. Founded by Mordecai (Modi) Wiczyk and Asif Satchu as an independent film studio, the company funds and produces film and television programming, and owns a group of entertainment and music industry publications. In 2018, the company merged with Todd Boehly's media assets under Valence Media, with the company as a whole taking on the MRC name in 2020.

Billboard is an American music and entertainment magazine published weekly by the Billboard-Hollywood Reporter Media Group, a division of MRC Media & Info. The magazine provides music charts, news, video, opinion, reviews, events, and style related to the music industry. Its music charts include the Hot 100, Billboard 200, and Global 200, tracking the most popular albums and songs in different genres of music. It also hosts events, owns a publishing firm, and operates several TV shows. 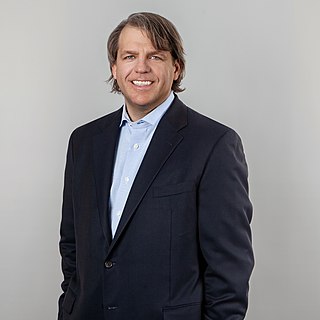 Todd Boehly is an American businessman, investor, and philanthropist. He is the Co-founder, Chairman, Chief Executive Officer and controlling member of Eldridge Industries, a holding company headquartered in Greenwich, Connecticut. As of October 2021, he is the interim CEO of the Hollywood Foreign Press Association.

Condé Nast Entertainment is a production and distribution studio with film, television, social and online video, and virtual reality content.

Janice Min is the CEO of Ankler Media, a newly-formed subscription business whose flagship is The Ankler newsletter, which the New York Times calls a “hit Hollywood newsletter.” The company is part of Y Combinator. She started her career in journalism, working at People magazine and InStyle, and was editor-in-chief at Us Weekly from 2002 to 2009. As an executive, she revamped entertainment industry publications The Hollywood Reporter and Billboard.