The provinces of Greece (Greek : επαρχία, "eparchy") were sub-divisions of some the country's prefectures. From 1887, the provinces were abolished as actual administrative units, but were retained for some state services, especially finance services and education, as well as for electoral purposes. Before the Second World War, there were 139 provinces, and after the war, with the addition of the Dodecanese Islands, their number grew to 147. According to the Article 7 of the Code of Prefectural Self-Government (Presidential Decree 30/1996), the provinces constituted a "particular administrative district" within the wider "administrative district" of the prefectures. The provinces were finally abolished after the 2006 local elections, in line with Law 2539/1997, as part of the wide-ranging administrative reform known as the "Kapodistrias Project", and replaced by enlarged municipalities (demoi).

This is a list of the former provinces of Greece and their capitals, sorted by prefecture, as they stood in 1991: [1] 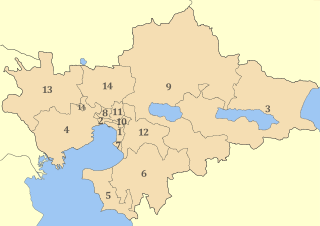 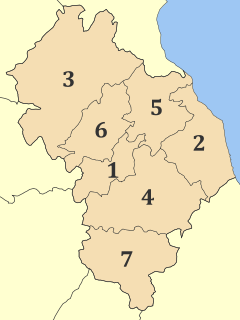 Larissa is one of the regional units of Greece. It is part of the region of Thessaly. Its capital is the city of Larissa. Total population 284,325 (2011).

Tyrnavos is a municipality in the Larissa regional unit, of the Thessaly region of Greece. It is the second-largest town of the Larissa regional unit, after Larissa. The town is near the mountains and the Thessalian Plain. The river Titarisios, a tributary of the Pineios, flows through the town. Tyrnavos is bypassed by the GR-3 and has an old road connecting the town to Elassona. It will be linked with a superhighway numbered 3 (A3) with an unscheduled opening date. Tyrnavos is located south-southwest of Thessaloniki and Katerini, northwest of Larissa, east-northeast of Trikala and south-southeast of Elassona and Kozani. Here live an important community of Aromanians (Vlachs). 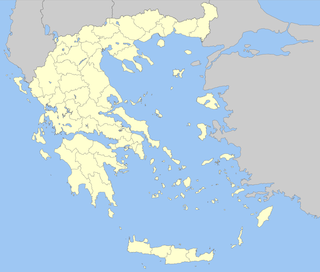 Kotsovolos is one of the leading electrical and electronics retailers in Greece. It started in a small neighborhood store downtown Athens in 1950 and today has a nationwide network of 90 stores, both corporate and franchise, as well as an online store, kotsovolos.gr.

Palaiokastro or Paliokastro may refer to the following places in Greece: