Last updated July 17, 2021
This article is about the city in Bolivia. For the volcano in Chile, see Guallatiri.
Place in Cochabamba Department, Bolivia

Punata is the capital of Punata Province and Punata Municipality in Cochabamba Department, Bolivia. At the time of census 2012 it had a population of 19,559 inhabitants [1] and at the census 2012 the populations rose to 28.707 inhabitants. People from Punata and surrounding areas used to be called “Vallunos” meaning coming from the valleys of Punata and other surrounding small towns. Punata is renowned for its wonderful agricultural market held every Tuesday where people from surrounding towns and rural villages come to sell and buy.

Black Oak is a town in Craighead County, Arkansas, United States. The population was 262 at the 2010 census. It is included in the Jonesboro, Arkansas Metropolitan Statistical Area. Black Oak is the namesake of 1970s rock band Black Oak Arkansas and the setting of John Grisham's novel A Painted House.

New Middletown is a town in Webster Township, Harrison County, Indiana, United States. The population was 93 at the 2010 census.

Tarrants is an inactive village in Pike County, Missouri, United States. The population was 22 at the 2010 census.

Odell is a village in Gage County, Nebraska, United States. The population was 307 at the 2010 census.

Central City is a borough in Somerset County, Pennsylvania, United States. The population was 1,124 at the 2010 census. It is part of the Johnstown, Pennsylvania, Metropolitan Statistical Area. It is east-northeast of Stoystown and northeast of Somerset. 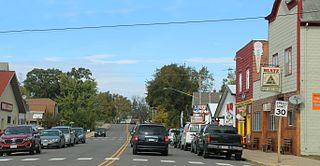 Nelson is a village in Buffalo County in the U.S. state of Wisconsin. The population was 374 at the 2010 census. The village is surrounded by the Town of Nelson. 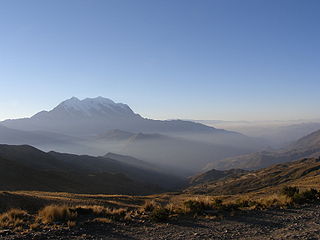 Aroma is one of the twenty provinces of the Bolivian La Paz Department. It is situated in the southern parts of the department. Its seat is Sica Sica.

Charcas is a province in the northern parts of the Bolivian Potosí Department. Its capital is San Pedro de Buena Vista. 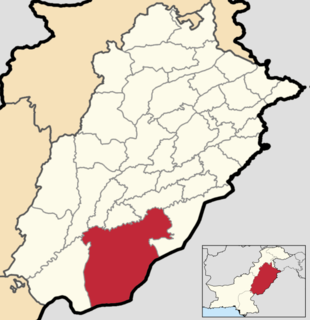 Bahawalpur District is one of the districts of Punjab, Pakistan. Its capital is the city of Bahawalpur. According to the 1998 Census of Pakistan it had a population of 2,433,091, of which 27.01% were urban. Bahawalpur district covers 24,830 km2. Approximately two-thirds of the district (16,000 km2) is covered by the Cholistan Desert, which extends into the Thar Desert of India. The district is a major producer of cotton. 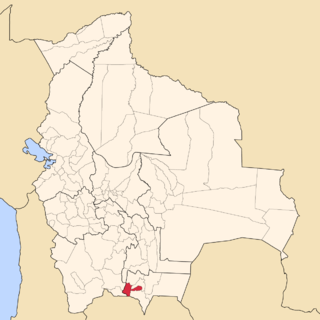 José María Avilés is a province in the western parts of the Bolivian department of Tarija.

Eustaquio Méndez is a province in the north-western parts of the Bolivian department of Tarija.

Santaella is a village located in the province of Córdoba, Spain. According to the 2006 census (INE), the village has a population of 6,002 inhabitants. 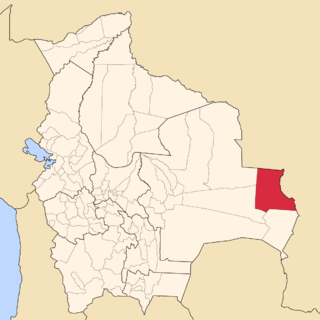 Ángel Sandoval Province is one of the fifteen provinces of the Bolivian Santa Cruz Department and is situated in the department's eastern parts.

Punata Municipality is the first municipal section of the Punata Province in the Cochabamba Department, Bolivia. Its capital is Punata. At the time of census 2001 the municipality had 26,140 inhabitants.

Arani Municipality is the first municipal section of the Arani Province in the Cochabamba Department, Bolivia. Its seat is Arani. At the time of census 2001 the municipality had 11,542 inhabitants. 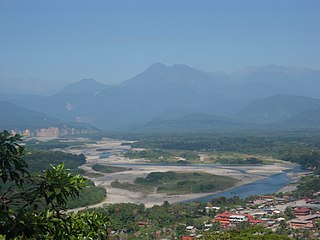 Villa Tunari Municipality is the third municipal section of the Chapare Province in the Cochabamba Department, Bolivia. Its seat is Villa Tunari. The population grew from 52,886 to 71,146 during 2001 to 2012 according to the census. Only 8,692 of the population are urban and are concentrated in the small towns of Villa Tunari (3.213), Eterazama (3,359) and Villa 14 the Septiembre (2,123). The municipality is famous for tourist especially the Villa Tunari town where the tourist industry is concentrated with infrastructure, and also because of the closeness of the Machia Park.