In 1958, Charles and Anna Egleston donated 65 acres (260,000 m2) of pristine desert property in the foothills at the base of Pusch Ridge in the Catalina Mountains to Palo Verde Baptist Church, to be used "for religious and educational purposes only," with a firm vision that the property would support a school grounded in Christian values and faith. The property was subdivided in late 1977 for the establishment of Canyon Del Oro Baptist Church on the southern 16 acres. The other 49 acres (200,000 m2) remained undeveloped through 1982, when Max Wilford, the president of the Palo Verde Christian School Board directed the commencement of construction on the Egleston property. [2] Wilford intended to relocate Palo Verde Christian School from its location in Tucson to the property in Oro Valley. In the fall of 1994, Palo Verde Christian High School opened its doors on the property in Oro Valley. [2] This new location served grades 6–12, while grades K–5 remained at the Palo Verde Baptist Church property in Tucson. By early 2000, the school was struggling and it was at that time that the leadership of Catalina Foothills Church, PCA, wanted to open a Christian high school. [2] Through the leadership of David Mehl and other members, ownership of the school transferred from Palo Verde Baptist Church to Catalina Foothills in early 2000. [2] In February 2000, Pusch Ridge Christian Academy was officially established.

Pusch Ridge currently has a K–12 enrollment of over 700 students.

"The mission of Pusch Ridge Christian Academy is to teach our students to become like Christ through a classical Christian education within a covenantal community."

The high school varsity girls' basketball team, coached by Lonnie Tvrdy, won the Arizona state championship four years in a row from 2005 to 2008, but were eliminated from the championship in February 2009.

The following year, under head coach Mark Frithsen, the Lions had an undefeated season led by team captains Alec Erceg, Owen Bertelsen, and Aaron Vaughn before being defeated in the semi-final game as they attempted to defend their state championship title. 2011 saw limited success for the Lions, who finished with a losing record but still made the playoffs, led by senior captains Kory Santaella, Colin Chafin, and Alfonso Ferrari.

In 2014, the Lions went 26–5 and made it to the State Championship game. The team broke many school team records with their amazing season. The team was led by seniors Jacob Frithsen, Mike Doty, Ryan Penny, Chad Willis, Kyle Hammond and Phillip Tanner. Frithsen and Doty both had remarkable seasons pitching, while both pitchers posted an under 1.50 ERA. They were led on the offensive side where Frithsen, Penny and Tanner all had an average over .400. Frithsen, Doty, Penny and Tanner were all named to the Division 4 AZBCA All-Star game where the south won 14–6 and Frithsen earned MVP honors. He threw three innings only giving up one run and had a two-RBI single to get things started for the South. The team is coached by Mark Frithsen and Scott Polston.

Lions football has seen great success in their history, mainly with Bob Vance at the helm. They made the playoffs and went undefeated in regional play for three straight years. In the 2015 season the Lions won division 4 state championships against Northwest Christian High School (Arizona). [5] [6]

Scouting in Arizona has a long history, from the 1910s to the present day, serving thousands of youth in programs that suit the environment in which they live. 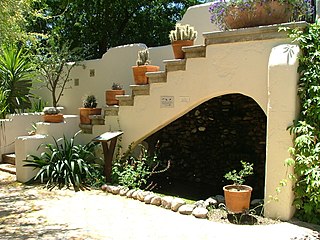 Casas Adobes is a census-designated place (CDP) located in the northern metropolitan area of Tucson, Arizona. The population was 66,795 at the 2010 census. Casas Adobes is situated south and southwest of the town of Oro Valley, and west of the community of Catalina Foothills. 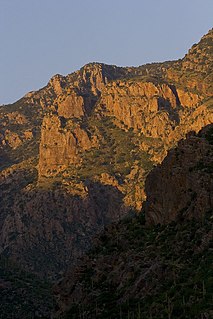 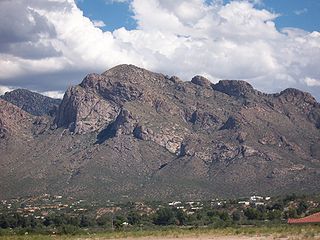 Oro Valley, incorporated in 1974, is a suburban town located 6 miles (9.7 km) north of Tucson, Arizona, United States, in Pima County. According to the 2010 census, the population of the town is 41,011, an increase from 29,700 in 2000. Dubbed the "Upscale Tech Mecca" of Southern Arizona by the Arizona Daily Star newspaper, Oro Valley is home to over 10 high tech firms and has a median household income nearly 50% higher than the U.S. median. The town is located approximately 110 miles (180 km) southeast of the state capital of Phoenix. 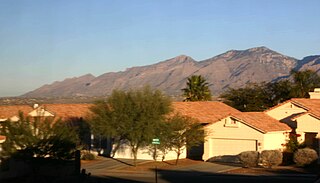 The Santa Catalina Mountains, commonly referred to as the Catalina Mountains or the Catalinas, are north and northeast of Tucson in Arizona, United States, on Tucson's north perimeter. The mountain range is the most prominent in the Tucson area, with the highest average elevation. The highest point in the Catalinas is Mount Lemmon at an elevation of 9,157 feet (2,791 m) above sea level and receives 18 inches (46 cm) of precipitation annually.

The Roman Catholic Diocese of Tucson is an ecclesiastical territory or diocese of the Roman Catholic Church in the southwestern region of the United States. It is a suffragan see of the Metropolitan Archdiocese of Santa Fe. The diocese was recently led by its seventh bishop, Most Reverend Gerald Frederick Kicanas, who retired on October 3, 2017. 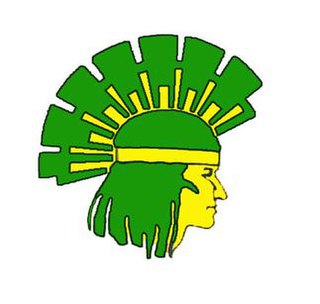 Canyon del Oro High School (CDO) is a comprehensive public high school in Oro Valley, Arizona, located 6 miles (9.7 km) north of Tucson at the base of Pusch Ridge. Established in 1964, CDO is one of three high schools of Amphitheater Public Schools and serves about 1,600 students in grades 9–12. The school name originates from the remote Canyon del Oro in the nearby Santa Catalina Mountains north of Tucson. The school mascot is the Dorado, a mythical Latin American warrior. The school colors are forest green and gold. The Dorado mascot was designed and painted on the gymnasium floor by former art teacher Diane Redhair in the mid-1960s. Her design was based on two different winning submissions by CDO students John Epling and Kenny Harris who had submitted their designs to a school-wide competition.

Amphitheater Public Schools, also known as Amphi or District 10, is the third largest public school district in Tucson, Arizona, in terms of enrollment, with about 13,500 students and a staff of about 2000 employees Amphi was established on July 3, 1893. With its headquarters in Flowing Wells, presently serves segments of North Tucson, Casas Adobes, Catalina Foothills, and the communities of Oro Valley, eastern Tortolita, and Catalina northwest of the city.

Ironwood Ridge High School is a public high school located in Oro Valley, Arizona. Ironwood Ridge is one of three high schools in the Amphitheater Public School District and serves grades 9-12. The school mascot is the nighthawk, and the school colors are navy blue and silver. Ironwood Ridge opened in 2001 and has a student enrollment of 1,942. The school's name originates from the abundance of desert ironwood trees in the area and the school's location in the rugged foothills of the Tortolita Mountains.

PRCA may refer to:

Pima Canyon is a major canyon located in the Santa Catalina Mountains, north of Catalina Foothills and Tucson, Arizona, USA. Pusch Ridge forms the northwestern cliffs of Pima Canyon, dramatically rising from Pima Creek on the canyon floor. Pima Canyon varies greatly in elevation, from 2,900 feet (880 m) above sea level at Pima Creek to 6,350 feet (1,940 m) at Pima Saddle. Mount Kimball is the highest peak in the vicinity of the canyon.

Catalina High School is a public high school, located on the north side of Tucson, Arizona, United States. Catalina is a magnet high school in Tucson Unified School District and serves approximately 800 students in grades 8-12. The school name originates from the Santa Catalina Mountains north of Tucson. The school mascot is the Trojan, and the school colors are royal blue and white. 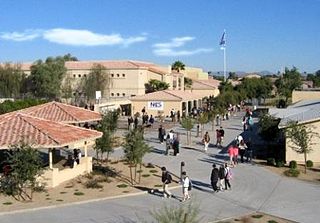