Qikiqtaryuaq, formerly Jenny Lind Island, [3] for the Swedish born opera singer, Jenny Lind, is a small island 420 km2 (160 sq mi) in the Kitikmeot Region of Nunavut, Canada. The island is located in the Queen Maud Gulf, about 120 km (75 mi) southeast of Cambridge Bay.

The island is the site of CAM-1A (Jenny Lind Island), a former Distant Early Warning Line site and home to the unmanned North Warning System site.

Characteristics of the terrain include rocky ridges, low-lying wetlands, sedge meadows, and a sandy shoreline.

Muskoxen are found in the south east section of the island.

The island is uninhabited but still has an active North Warning System. Originally part of the Distant Early Warning Line, the site is known as CAM-1. 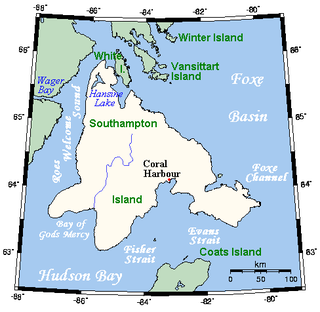 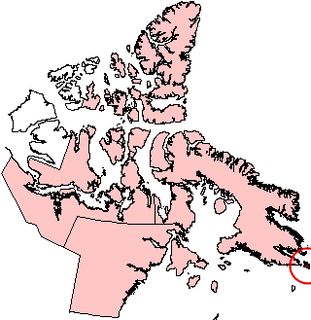 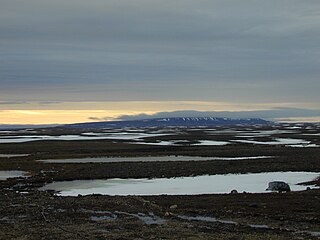 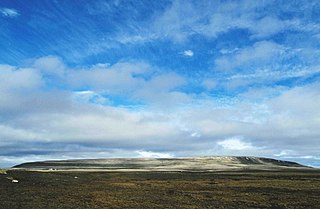 Uvayuq, formerly Ovayok or Mount Pelly, is an esker in the Kitikmeot Region, Nunavut. It is located in northern Canada on Victoria Island within the Ovayok Territorial Park. The hill, which is more than 200 m (660 ft) high, is located 15 km (9.3 mi) north east of the hamlet of Cambridge Bay, Nunavut. 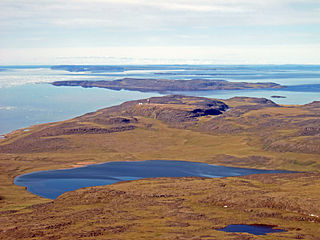 Edinburgh Island is an island located within Coronation Gulf, south of Victoria Island, in the Kitikmeot Region, Nunavut, Canada. It is approximately 103 m (338 ft) above sea level.

Putulik formerly Hat Island is a small uninhabited island located in the Kitikmeot of Nunavut, Canada. The island is situated in Victoria Strait approximately 110 km (68 mi) southeast of Victoria Island and 80 km (50 mi) southwest of King William Island. The Requisite Channel separates Hat Island from Amundsen Island, the larger of the Nordenskiöld Islands. 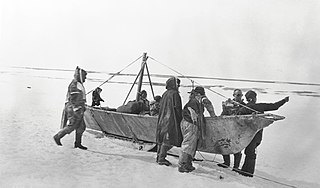 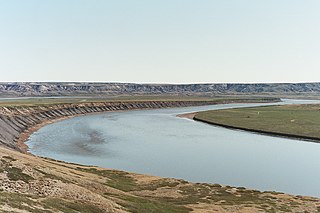 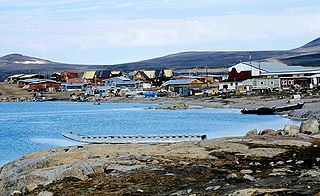 Wikimedia Commons has media related to Jenny Lind Island .
This page is based on this Wikipedia article
Text is available under the CC BY-SA 4.0 license; additional terms may apply.
Images, videos and audio are available under their respective licenses.