Qiyān (Arabic : قِيان‎, Arabic:  [qi'jæːn]; singular qayna, Arabic : قَينة‎, Arabic:  ['qɑjnæh] were a social class of non-free women, trained as entertainers, which existed in the pre-modern Islamicate world. It has been suggested that "the geisha of Japan are perhaps the most comparable form of socially institutionalized female companionship and entertainment for male patrons, although, of course, the differences are also myriad". [1] [2]

Qiyān is often rendered in English as 'singing girls' or 'singing slave girls', but these translations do not reflect the fact that qiyān might be of any age, and were skilled entertainers whose training extended well beyond singing, including for example dancing, [3] composing music and verse, reciting historical or literary anecdotes (akhbar), calligraphy, or shadow-puppetry. The translation courtesan is sometimes preferred. [4]

The term originates as a feminine form of pre-Islamic qayn ( قين ), whose meaning was 'blacksmith, craftsman'. The meaning of qayn extended to include manual labourers generally, and then focused more specifically on people paid for their work, and then more specifically again 'to anyone engaged in an artistic performance for reward'. From here, its feminine form came to have the sense discussed in this article. [6]

Like other slaves in the Islamicate world, qiyān were legally sexually available to their owners. They were often associated in literature with licentiousness, and sexuality was an important part of their appeal, but they do not seem to have been prostitutes. [4]

However, there were also common qiyans who performed for the public in common qiyan-houses, and these houses were in some cases often brothels. [7]

It is not clear how early the institution of the qiyān emerged, but qiyān certainly flourished during the ‘Abbasid period; [8] [9] according to Matthew S. Gordon, 'it is not yet clear to what extent courtesans graced regional courts and elite households at other points of Islamic history'. [10] Ibrahim al-Mawsili (742-804 CE) is reported to have claimed that his father was the first to train light-skinned, beautiful girls as qiyān, raising their price, whereas previously qiyān had been drawn from among girls viewed as less beautiful, and with darker skin, though it is not certain that these claims were accurate. [11] One social phenomenon that can be seen as a successor to the qiyan is the Egyptian Almeh , courtesans or female entertainers in Arab Egypt, educated to sing and recite classical poetry and to discourse wittily. [12]

Because of their social prominence, qiyān comprise one of the most richly recorded sections of pre-modern Islamicate female society, particularly female slaves, making them important to the history of slavery in the Muslim world. Moreover, a significant proportion of medieval Arabic female poets whose work survives today were qiyān. For a few qiyān, it is possible to give quite a full biography. [13] Important medieval sources of qiyān include a treatise by al-Jahiz (776–868/869 CE), al-Washsha's Kitab al-Muwashsha (The Brocaded Book), and anecdotes included in sources such as the Kitab al-Aghani (Book of Songs) and al-Ima al-shawa‘ir (The Slave Poetesses) by al-Isbahani (897–967 CE), Nisa al-khulafa (The Consorts of the Caliphs) by Ibn al-Sa‘i, and al-Mustazraf min akhbar al-jawari (Choice Anecdotes from the Accounts of Concubines) by al-Suyuti (c. 1445–1505 CE). [14] Many of these sources recount the repartee of prominent qiyān, though there are hints that qiyān in less wealthy households were used by their owners to attract gifts. [15] In the ‘Abbasid period, qiyān were often educated in the cities of Basra, Ta’if, and Medina. [4]

It seems that for the first century or so of Arab culture in Al-Andalus, qiyān were brought west after being trained in Medina or Baghdad, or were trained by artists from the east. It seems that by the eleventh century, with the collapse of the Caliphate of Cordoba, qiyān tended to be trained in Cordoba rather than imported after training. It seems that while female singers still existed, enslaved ones were no longer found in Al-Andalus in the fourteenth century CE. [16] 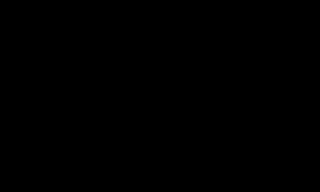 The Abbasid Caliphate was the third caliphate to succeed the Islamic prophet Muhammad. It was founded by a dynasty descended from Muhammad's uncle, Abbas ibn Abdul-Muttalib, from whom the dynasty takes its name. They ruled as caliphs for most of the caliphate from their capital in Baghdad in modern-day Iraq, after having overthrown the Umayyad Caliphate in the Abbasid Revolution of 750 CE (132 AH). The Abbasid Caliphate first centered its government in Kufa, modern-day Iraq, but in 762 the caliph Al-Mansur founded the city of Baghdad, near the ancient Sasanian capital city of Ctesiphon. Baghdad became a center of science, culture, philosophy and invention in what became known as the Golden Age of Islam.

Abū Isḥāq Muḥammad ibn Hārūn al-Rashīd, better known by his regnal name Al-Muʿtaṣim biʾllāh, was the eighth Abbasid caliph, ruling from 833 until his death in 842. A younger son of Caliph Harun al-Rashid, he rose to prominence through his formation of a private army composed predominantly of Turkic slave-soldiers (ghilmān). This proved useful to his half-brother, Caliph al-Ma'mun, who employed al-Mu'tasim and his Turkish guard to counterbalance other powerful interest groups in the state, as well as employing them in campaigns against rebels and the Byzantine Empire. When al-Ma'mun died unexpectedly on campaign in August 833, al-Mu'tasim was thus well placed to succeed him, overriding the claims of al-Ma'mun's son al-Abbas. 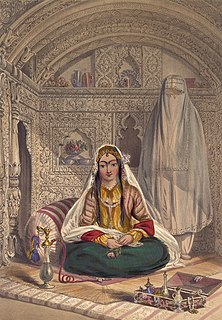 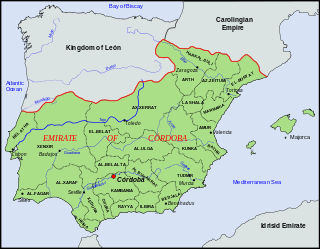 The Emirate of Córdoba was a Medieval Islamic kingdom in the Iberian Peninsula. Its founding in the mid eighth century would mark the beginning of seven hundred years of Muslim rule in what is now Spain and Portugal.

The History of slavery in Iran (Persia) during various ancient, medieval, and modern periods is sparsely catalogued.

Abu Ya`qub Yusuf or Yusuf I was the second Almohad Amir or caliph. He reigned from 1163 until 1184 in Marrakesh. He was responsible for the construction of the Giralda in Seville, which was part of a new grand mosque. 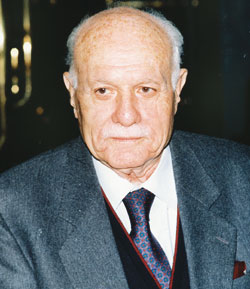 Ihsan Abbas was a Palestinian professor at the American University of Beirut, and was considered a premier figure of Arabic and Islamic studies in the East and West during the 20th century. The "author of over one hundred books", during his career, Abbas was renowned as one of the foremost scholars of Arabic language and literature and was a respected literary critic. Upon his death, Abbas was eulogized by University College London historian Lawrence Conrad as a custodian of Arabic heritage and culture, and a figure whose scholarship had dominated the Middle East's intellectual and cultural life for decades.

In the surviving historical record, Medieval Arabic female poets are few compared with the number of known male Arabic-language poets: there has been 'an almost total eclipse of women's poetic expression in the literary record as maintained in Arabic culture from the pre-Islamic era through the nineteenth century'. However, there is evidence that, compared with medieval Europe, women's poetry in the medieval Islamic world was 'unparalleled' in 'visibility and impact'. Accordingly, recent scholars emphasise that women's contribution to Arabic literature requires greater scholarly attention.

ʿArīb al-Ma’mūnīya was a qayna of the early Abbasid period, who has been characterised as 'the most famous slave singer to have ever resided at the Baghdad court'. She lived to 96, and her career spanned the courts of five caliphs.

The Muslim world initially inherited the institution of slavery from pre-Islamic Arabia; and the practice of keeping slaves subsequently developed in radically different ways, depending on social-political factors such as the Arab slave trade. Throughout Islamic history, slaves served in various social and economic roles, from powerful emirs to harshly treated manual laborers. Early on in Muslim history slaves provided plantation labor similar to that in the early-modern Americas, but this practice was abandoned after harsh treatment led to destructive slave revolts, the most notable being the Zanj Rebellion of 869–883. Slaves were widely employed in irrigation, mining, and animal husbandry, but most commonly as soldiers, guards, domestic workers, and concubines. Many rulers relied on military slaves and on slaves in administration - to such a degree that the slaves could sometimes seize power. Among black slaves, there were roughly two females to every one male. Two rough estimates by scholars of the numbers of just one group - black slaves held over twelve centuries in the Muslim world - are 11.5 million and 14 million, while other estimates indicate a number between 12 and 15 million African slaves prior to the 20th century.

Ulayya bint al-Mahdi was an Abbasid princess, noted for her legacy as a poet and musician.

Shāriyah was an ‘Abbasid qayna, who enjoyed a prominent place in the court of Al-Wathiq.

ʽInān bint ʽAbdallāh was a prominent poet of the Abbasid period, even characterised by the tenth-century historian Abū al-Faraj al-Iṣfahāni as the slave-woman poet of foremost significance in the Arabic tradition.

An umm walad was the title given to a slave concubine in the Muslim world after she had born her master a child. She could not be sold, and became automatically free on her master's death. The offspring of an umm walad were free and considered legitimate children of their father, including full rights of name and inheritance.

Classical Islamic law allowed men to have sexual intercourse with their female slaves. Medieval Muslim literature and legal documents show that those female slaves whose main use was for sexual purposes were distinguished in markets from those whose primary use was for domestic duties. They were called "slaves for pleasure" or "slave-girls for sexual intercourse". Many female slaves became concubines to their owners and bore their children. Others were just used for sex before being transferred. The allowance for men to use contraception with female slaves assisted in thwarting unwanted pregnancies.

In classical Islamic law, a concubine was a slave-woman with whom her master engaged in sexual relations. Concubinage was widely accepted by Muslim scholars in pre-modern times. Most modern Muslims, both scholars and laypersons, believe that Islam no longer accepts concubinage and that sexual relations can only happen within marriage.

Jarya, also called jariyah and jawaris, was a term for a certain type of slave girl in the Islamic world. They were "slaves for pleasure" or “slave-girls for sexual intercourse”, who had received special training in artistic skills. In contrast to the Qiyan, however, they normally did not perform for other men than the man in whose harem they were placed.

Dananir al Barmakiyya was an Arabian Qiyan-courtesan musician, singer and poet. She is also known as the author of the famous Book of Songs.

The harem of the caliphs of the Abbasid Caliphate (750–1258) in Baghdad was composed of his mother, wives, slave concubines, female relatives and slave servants, occupying a secluded portion of the Abbasid household. This institution played an important social function within the Abbasid court and was the part of court were the women of the court were confined and secluded. The senior woman in rank in the harem was the mother of the Caliph. The Abbasid harem acted as a role model for the harems of other Islamic dynasties, as it was during the Abbasid Caliphate that the harem system was fully enforced in the Muslim world.