Quantum secure communication are methods which are expected to be 'quantum safe' in the advent of a quantum computing systems that could break current cryptography systems. One significant component of a quantum secure communication systems is expected to be Quantum key distribution, or 'QKD': a method of transmitting information using entangled light in a way that makes any interception of the transmission obvious to the user. Another technology in this field is the quantum random number generator used to protect data. This produces truly random numbers without following the procedure of the computing algorithms that merely imitate randomness. [2]

Quantum computers are expected to have a number of important uses in computing fields such as optimization and machine learning. They are perhaps best known for their expected ability to carry out 'Shor's Algorithm', which can be used to factorise large numbers and is an important process in the securing of data transmissions.

There are many devices available today which are fundamentally reliant on the effects of quantum mechanics. These include laser systems, transistors and semiconductor devices and other devices, such as MRI imagers. The UK Defence Science and Technology Laboratory (DSTL) grouped these devices as 'quantum 1.0', [3] that is devices which rely on the effects of quantum mechanics. These are generally regarded as a class of device that actively create, manipulate and read out quantum states of matter, often using the quantum effects of superposition and entanglement.

The field of quantum technology was first outlined in a 1997 book by Gerard J. Milburn, [4] which was then followed by a 2003 article by Jonathan P. Dowling and Gerard J. Milburn, [5] [6] as well as a 2003 article by David Deutsch. [7] The field of quantum technology has benefited immensely from the influx of new ideas from the field of quantum information processing, particularly quantum computing. Disparate areas of quantum physics, such as quantum optics, atom optics, quantum electronics, and quantum nanomechanical devices, have been unified in the search for a quantum computer and given a common "language", that of quantum information theory.

From 2010 onwards, multiple governments have established programmes to explore quantum technologies, [8] such as the UK National Quantum Technologies Programme, [9] which created four quantum 'hubs', the Centre for Quantum Technologies in Singapore, and QuTech, a Dutch centre to develop a topological quantum computer. [10] In 2016, the European Union introduced the Quantum Technology Flagship, [11] [12] a €1 Billion, 10-year-long megaproject, similar in size to earlier European Future and Emerging Technologies Flagship projects. [13] [14] In December 2018, the United States passed the National Quantum Initiative Act, which provides a US$1 billion annual budget for quantum research. [15] China is building the world's largest quantum research facility with a planned investment of 76 Billion Yuan (approx. €10 Billion). [16] [17]

Quantum physics is a branch of modern physics in which energy and matter are described at their most fundamental level, that of energy quanta, elementary particles, and quantum fields. Quantum physics encompasses any discipline concerned with systems that exhibit notable quantum-mechanical effects, where waves have properties of particles, and particles behave like waves. Applications of quantum mechanics include explaining phenomena found in nature as well as developing technologies that rely upon quantum effects, like integrated circuits and lasers. 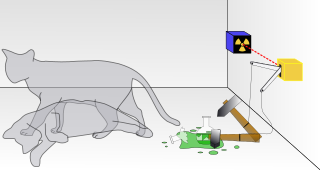 In quantum mechanics, Schrödinger's cat is a thought experiment that illustrates a paradox of quantum superposition. In the thought experiment, a hypothetical cat may be considered simultaneously both alive and dead as a result of its fate being linked to a random subatomic event that may or may not occur.

Quantum key distribution (QKD) is a secure communication method which implements a cryptographic protocol involving components of quantum mechanics. It enables two parties to produce a shared random secret key known only to them, which can then be used to encrypt and decrypt messages. It is often incorrectly called quantum cryptography, as it is the best-known example of a quantum cryptographic task. 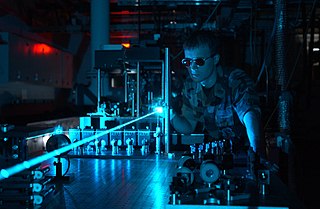 Applied physics is the application of physics to solve scientific or engineering problems. It is usually considered to be a bridge or a connection between physics and engineering.

Quantum nanoscience is the basic research area at the intersection of nanoscale science and quantum science that creates the understanding that enables development of nanotechnologies. It uses quantum mechanics to explore and utilize coherent quantum effects in engineered nanostructures. This may eventually lead to the design of new types of nanodevices and nanoscopic scale materials, where functionality and structure of quantum nanodevices are described through quantum phenomena such as superposition and entanglement. With the growing work toward realization of quantum computing, quantum has taken on new meaning that describes the effects at this scale. Current quantum refers to the quantum mechanical phenomena of superposition, entanglement and quantum coherence that are engineered instead of naturally-occurring phenomena. 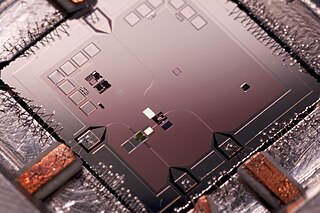 A quantum machine is a human-made device whose collective motion follows the laws of quantum mechanics. The idea that macroscopic objects may follow the laws of quantum mechanics dates back to the advent of quantum mechanics in the early 20th century. However, as highlighted by the Schrödinger's cat thought experiment, quantum effects are not readily observable in large-scale objects. Consequently, quantum states of motion have only been observed in special circumstances at extremely low temperatures. The fragility of quantum effects in macroscopic objects may arise from rapid quantum decoherence. Researchers created the first quantum machine in 2009, and the achievement was named the "Breakthrough of the Year" by Science in 2010.

Quantum simulators permit the study of quantum systems that are difficult to study in the laboratory and impossible to model with a supercomputer. In this instance, simulators are special purpose devices designed to provide insight about specific physics problems. Quantum simulators may be contrasted with generally programmable "digital" quantum computers, which would be capable of solving a wider class of quantum problems. 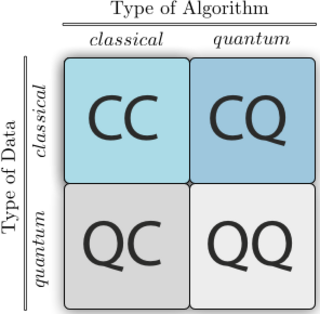 The UK National Quantum Technologies Programme (UKNQTP) is a programme set up by the UK government to translate academic work on quantum mechanics, and the effects of quantum superposition and quantum entanglement into new products and services. It brings UK physicists and engineers together with companies and entrepreneurs who have an interest in commercialising the technology.

Thomas Jennewein is an Austrian physicist who conducts research in quantum communication and quantum key distribution. He has taught as an associate professor at the University of Waterloo and the Institute for Quantum Computing in Waterloo, Canada since 2009. He earned his PhD under Anton Zeilinger at the University of Vienna in 2002, during which time he performed experiments on Bell's inequality and cryptography with entangled photons. His current work at the Institute for Quantum Computing focuses on satellite-based free space quantum key distribution, with the goal of creating a global quantum network. 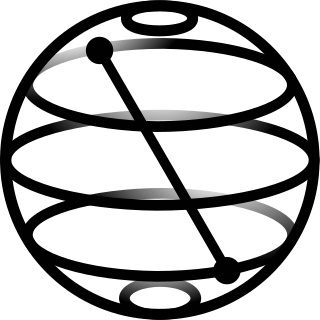 Qiskit is an open-source framework for quantum computing. It provides tools for creating and manipulating quantum programs and running them on prototype quantum devices on IBM Quantum Experience or on simulators on a local computer. It follows the circuit model for universal quantum computation, and can be used for any quantum hardware that follows this model.

The National Quantum Initiative Act is an Act of Congress passed on December 13, 2018 and signed into law on December 21, 2018. The law gives the United States a plan for advancing quantum technology, particularly quantum computing. It was passed unanimously by the United States Senate and was signed into law by President Donald Trump. The National Quantum Initiative (NQI) provides an umbrella under which a number of government agencies develop and operate programs related to improving the climate for quantum science and technology in the US. These agencies include the National Institute of Standards and Technology (NIST), the National Science Foundation (NSF), and the Department of Energy (DOE). Under the authority of the NQI, the NSF and the DOE have established new research Centers and Institutes, and NIST has established The Quantum Economic Development Consortium (QED-C), a consortium of industrial, academic, and governmental entities. 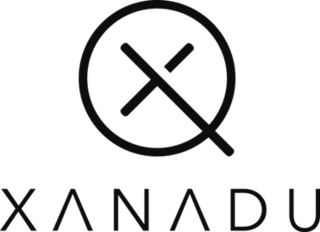