Queen's Guide to the Sands

The Queen's Guide to the Sands is the royally appointed guide to crossing the sands of Morecambe Bay, an ancient and potentially dangerous tidal crossing in northwest England. From 1963 until 2019, the Guide was Cedric Robinson MBE, the 25th guide. In April 2019 Michael Wilson, a 46-year-old local fisherman, was appointed his successor. [1] The guide is paid a nominal salary of only £15 a year [2] but the holder of the post also has the use of the grade II listed [3] 700-year-old Guide's Cottage at Kents Bank, which is owned by the Crown and managed by the Duchy of Lancaster. [4] [5]

Route over the sands

Until the building of the Furness railway in 1857, the cross sands route had been a major transport route in the area, with Guides appointed royally since the 16th century. Before that, the monks of Furness at Cartmel Priory had provided guides for crossing the sands. [6] In modern times a crossing of the sands has become a popular challenge walk for charity fundraisers, with the Guide often leading groups of up to 600 people. These walks are typically once a fortnight (from spring to autumn), usually from Arnside over to Kents Bank, dependent on tide and river levels (the River Kent has to be crossed at some point), and are often in support of a charity. The route is marked on some maps as a highway, and Cedric Robinson described it as "the most dangerous highway in Britain". [5]

The first official guide was appointed by the Duchy of Lancaster on 29 January 1548, a Thomas Hogeson. [7] A charity to control the guides was established in 1877, with the power of appointment still held by the Duchy of Lancaster, and by 2012 this had become the Guide Over Sands Trust and was given the power to appoint the Queen's Guide. [8] It was Lord Cavendish in his role as chair of the trust who visited the 86-year-old Cedric Robinson and suggested that it was time to retire: "'At the age you've got to, Mr Robinson – Cedric,' he said, 'we'd like to take the responsibility away from you and we would like you to choose a new guide'". [9]

Michael Wilson (born 1972or1973 in Flookburgh) was appointed the 26th guide in May 2019. [1] He is a fisherman and said: "It helps a lot having been a shrimper because you are working in the channels and that's the most dangerous part of the water". [5]

Robinson's predecessor William Burrows was a fisherman, and was the Guide to the Kent Sands from 1949 to 1963. In 1951, when there was a royal visit to Lancaster in celebration of the 600th anniversary of the creation of the county palatine of Lancaster, Robinson and Alfred Butler, the guide to the Leven Sands, carried seven quarts of shrimps over the sands to Lancaster for the royal banquet. [11] 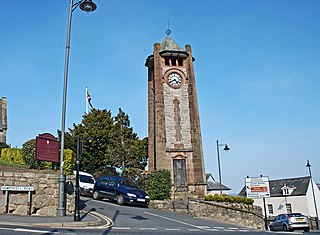 Chapel Island is a limestone outcrop that lies in the Leven estuary of Morecambe Bay in England, less than one mile (1.6 km) from the shoreline at Bardsea in the area known as Ulverston Sands. It is located at 54.1741°N 3.0416°W. It is one of the Islands of Furness in the county of Cumbria, in the area of the historic county of Lancashire. The island is approximately 450 yards (410 m) long and just over 100 yards (91 m) at its widest. Its area is about 7.5 acres. 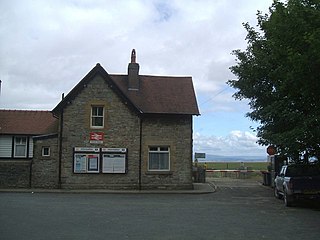 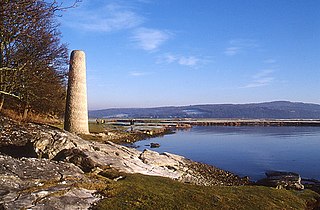 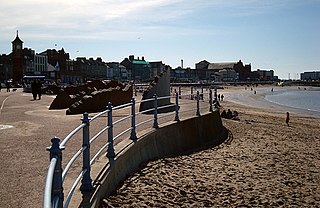 Holy Trinity Church, Morecambe, or Morecambe Parish Church, is in Church Street, Morecambe, Lancashire, England. It is the Anglican parish church of Morecambe, in the deanery of Lancaster, the archdeaconry of Lancaster and the diocese of Blackburn. The church is recorded in the National Heritage List for England as a designated Grade II listed building. 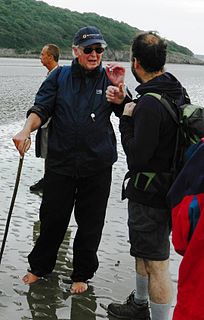 Cedric Robinson was a British guide who held the position of Queen's Guide to the Sands, the recognised escort for travellers across the dangerous tidal sands of Morecambe Bay in north west England, for 56 years. 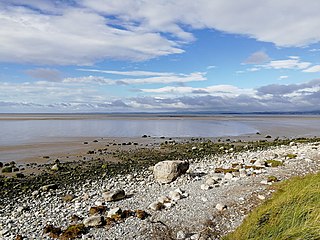 The Cross Bay Walk is a historical hiking route in Northwest England that crosses Morecambe Bay. It traditionally connected Hest Bank, Lancashire with Kents Bank, Cumbria. The exact route of the walk varies depending upon local conditions, but is usually between 6 to 8 mi in length.