Rómulo Ángel del Monte Carmelo Gallegos Freire (2 August 1884 – 5 April 1969) [1] [2] [3] was a Venezuelan novelist and politician. For a period of some nine months during 1948, he was the first cleanly elected president in his country's history.[ citation needed ]

Rómulo Gallegos was born in Caracas to Rómulo Gallegos Osío and Rita Freire Guruceaga, into a family of humble origin. He began his work as a schoolteacher, writer, classical music enthusiast, and journalist in 1903. His novel Doña Bárbara was first published in 1929, and it was because of the book's criticisms of the regime of longtime dictator Juan Vicente Gómez that he was forced to flee the country. He took refuge in Spain, where he continued to write: his acclaimed novels Cantaclaro (1934) and Canaima (1935) date from this period. He returned to Venezuela in 1936 and was appointed Minister of Public Education.

In 1937 he was elected to Congress and, in 1940–41, served as Mayor of Caracas. In 1945, Rómulo Gallegos was involved in the coup d'état that brought Rómulo Betancourt and the "Revolutionary Government Junta" to power, in the period known as El Trienio Adeco. In the 1947 general election he ran for the presidency of the republic as the Acción Democrática candidate and won in what is generally believed to be the country's first honest election.[ citation needed ] He took over 74 percent of the vote, still a record for a free election in Venezuela. He took office in February 15, and was noted for raising the state's tax revenue for oil profits increase from 43% to 50%, a tax scheme known as "fifty / fifty" and which was subsequently replicated in several producing countries as Saudi Arabia. Nevertheless, army officers Carlos Delgado Chalbaud, Marcos Pérez Jiménez and Luis Felipe Llovera Páez, threw him out of power November in the 1948 Venezuelan coup d'état. He took refuge first in Cuba and then in Mexico. Gallegos returned to his country after the fall of the dictatorship of Marcos Pérez Jiménez in 1958. While he was named a senator for life, he no longer took an active role in politics.

Gallegos was awarded the National Literature Prize (1958, for La doncella), and elected to the Venezuelan Academy of the Language (the correspondent agency in Venezuela of the Spanish Royal Academy). [4]

He was nominated for the Nobel Prize in Literature in 1960, largely due to the efforts of Miguel Otero Silva, and gained widespread support in Latin America, [6] but ultimately lost out to Saint-John Perse. The Rómulo Gallegos International Novel Prize was created in his honor on 6 August 1964 by a presidential decree, enacted by Venezuelan president Raúl Leoni. The declared purpose of the prize is to "perpetuate and honor the work of the eminent novelist and also to stimulate the creative activity of Spanish language writers." It is awarded by the government of Venezuela, through the offices of the Rómulo Gallegos Center for Latin American Studies (Celarg). The first prize was given in 1967. It was awarded every five years until 1987, when it became a biannual award. The award includes a cash prize of €100,000 making it among the richest literary prizes in the world. 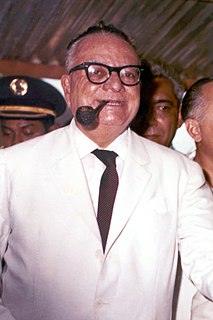 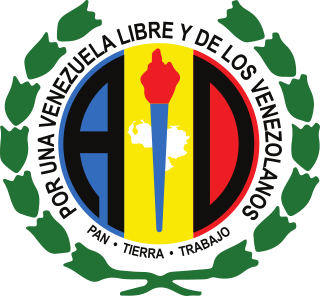 The Apure River is a river of southwestern Venezuela, formed by the confluence of the Sarare and Uribante near Guasdualito, in Venezuela, at 7°15′N70°40′W, and flowing across the llanos into the Orinoco. It provides significant transportation in the area.

Venezuelan literature can be traced to pre-Hispanic times with the myths and oral literature that formed the cosmogonic view of the world that indigenous people had. Some of these stories are still known in Venezuela. Like many Latin American countries, the Spanish conquerors have had the greatest effect on both the culture and the literature. The first written documents by the Spanish colonizers are considered to be the origin of Venezuela's written literature. This has included chronicles, letters, acts, etc.

Míster Peligro, or Señor Peligro, is the name of a character in the novel Doña Bárbara, written by Venezuelan novelist and former president Rómulo Gallegos. Both Spanish and English forms of the name appear in the novel. 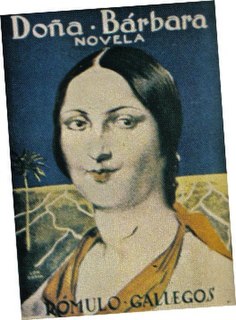 Doña Bárbara is a novel by Venezuelan author Rómulo Gallegos, first published in 1929. It was described in 1974 as "possibly the most widely known Latin American novel".

Juan Pablo Pérez Alfonzo, was a prominent Venezuelan diplomat, politician and lawyer primarily responsible for the inception and creation of OPEC. 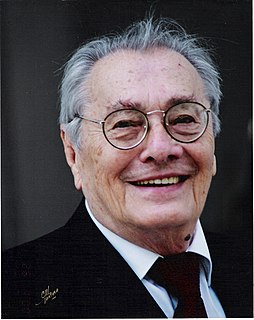 Luis Manuel Miquilena Hernández was a Venezuelan politician. He was involved in politics in the 1940s, and again after the 1958 restoration of democracy, but retired from politics in 1964 until the early 1990s, pursuing a career in business. He was then an early supporter of Hugo Chávez' post-1992 political career, and was the Venezuelan Minister of Interior and Justice from 2001 to 2002, when he resigned. 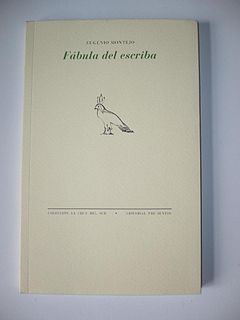 Eugenio Montejo was a Venezuelan poet and essay writer, founder of the literary magazine Azar and co-founder of Revista Poesía, a poetry magazine published by the University of Carabobo.

Parque del Este, officially Generalissimo Francisco de Miranda Park, in honor of the Venezuelan national hero, is a public recreation park located in the Sucre Municipality of Metropolitan Caracas in Venezuela. Opened in 1961, it is one of the most important of the city, with an area of 82 hectares. The park was designed by Roberto Burle Marx and associates Fernando Tabora and John Stoddart.

Camilo Pino La Corte is a Venezuelan novelist. He was born in Caracas, Venezuela in 1970, the son of historian Elias Pino Iturrieta. 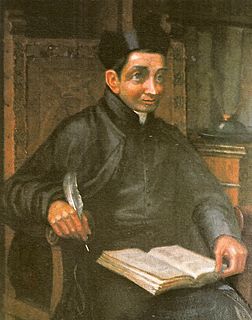 Sonia Chocrón is a Venezuelan poet, novelist, screenwriter and playwright of Sephardic origin. She is related to the Venezuelan dramatist Isaac Chocrón.