Analogous to the ASROC missile carried by US Navy vessels, it is designed to be fired from a 533 mm (21 in) torpedo tube. It is boosted by a choice of mechanisms depending on model before clearing the water, firing a solid fuel rocket and delivering its payload up to 45 km (28 mi) away. The payload ranges from a simple depth charge to a 200 kt thermonuclear warhead. 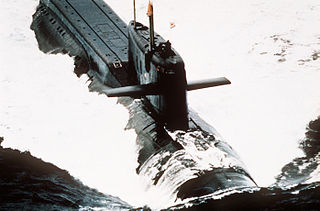 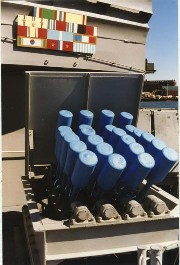 Anti-submarine mortars are artillery pieces deployed on ships for the purpose of sinking submarines by a direct hit with a small explosive charge. They are often larger versions of the mortar used by infantry and fire a projectile in relatively the same manner. They were created during World War II as a development of the depth charge and work on the same principle.

The UUM-125 Sea Lance, initially known as the Common ASW Standoff Weapon, was authorized in 1980 as a successor to both the UUM-44 SUBROC and RUR-5 ASROC anti-submarine missiles. The Sea Lance was to be available in two versions, known as UUM-125A and RUM-125A. The former would be a submarine-launched version, the latter surface-launched. 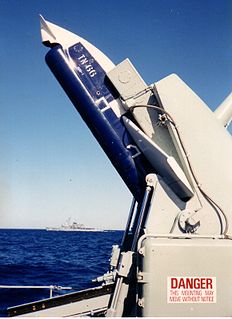 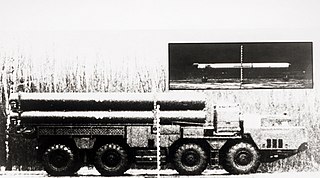 CJ-1 is a Chinese development of Russian 91RE1 anti-submarine missile. As China imported the ASW and land attack versions of SS-N-27, Chinese military was satisfied with the performance but not the price. It was too costly to import every single version of SS-N-27 so China decided to develop its own versions based on two versions imported, and CJ-1 is developed from the solid rocket powered 91RE1 model of SS-N-27.

A nuclear torpedo is a torpedo armed with a nuclear warhead. The idea behind the nuclear warheads in a torpedo was to create a much bigger and more explosive blast. Later analysis suggested that smaller, more accurate, and faster torpedoes were more efficient and effective.