Rabotnichesko delo (Bulgarian : Работническо дело, "Worker's Deed") was a Bulgarian daily newspaper that was the media organ of the Bulgarian Communist Party's Central Committee [1] and was one of the People's Republic of Bulgaria's highest-circulation newspapers. The newspaper was established in 1927 and was issued from Sofia. [1] The first newspaper was released on 5 March 1927. The paper was renamed to Duma ("Word") in 1990. Duma, despite some financial troubles, is still issued today.

Rabotnichesko delo was initially the weekly of the Bulgarian Workers' Party. Although it was banned following the Bulgarian coup d'état of 1934, it was nevertheless published illegally until 1944. In 1938, it merged with Rabotnicheski vestnik ("Worsker's Newspaper"), the Bulgarian Communist Party's newspaper, founded in 1897. Rabotnichesko delo criticized the bourgeois government, propagated the ideas of communism and was against the country's participation in World War as part of the Axis Powers, advocating closer ties with the Soviet Union instead.

After the Bulgarian coup d'état of 1944, the newspaper was elevated to become the ruling party's main mouthpiece and propaganda tool. It was closed following the fall of the People's Republic of Bulgaria and the dissolution of the Bulgarian Communist Party in 1990. 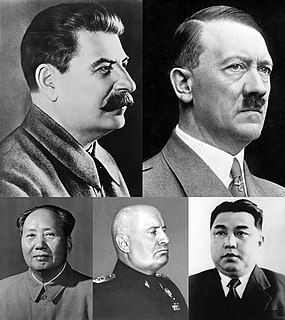 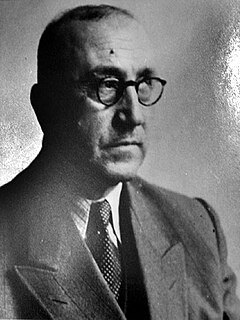 The Fatherland Front began as a Bulgarian Bolshevik political resistance movement during World War II. The Zveno movement, the communist Bulgarian Workers Party, a wing of the Bulgarian Agrarian National Union and the Bulgarian Social Democratic Workers Party, were all part of the OF. The constituent groups of the OF had widely contrasting ideologies and had united only in the face of the pro-German militarist dictatorship in Bulgaria. At the beginning, the members of the OF worked together, without a single dominating group. Professional associations and unions could be members of the front and maintain their organisational independence. However, the Bulgarian Communist Party soon began to dominate. In 1944, after the Soviet Union had declared war on Bulgaria, the OF committed a coup d'état and they declared war on Germany and the other Axis nations. The OF government, headed by Kimon Georgiev (Zveno), immediately signed a ceasefire treaty with the Soviet Union.

Zveno was a Bulgarian military and political organization, founded in 1927 by Bulgarian Army officers. It was associated with a newspaper of that name.

Bulgaria elects on national level a head of state - the president - and a legislature. The president is elected for a five-year term directly by the people. The National Assembly has 240 members, elected for a four-year term by proportional representation in multi-seat constituencies with a 4% threshold. Bulgaria has a multi-party system, in which no one party often has a chance of gaining power alone, and parties must work with each to form governments. 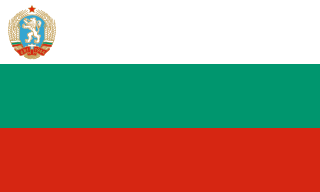 The People's Republic of Bulgaria was the official name of Bulgaria, when it was a socialist republic that existed from 1946 to 1990 ruled by the Bulgarian Communist Party (BCP), which in turn ruled together with its coalition partner, the Bulgarian Agrarian People's Union. Bulgaria was closely allied with the Soviet Union during the Cold War, being part of Comecon as well as a member of the Warsaw Pact. The Bulgarian resistance movement during World War II deposed the Kingdom of Bulgaria administration in the Bulgarian coup d'état of 1944 which ended the country's alliance with the Axis powers and led to the People's Republic in 1946.

The Revolutions of 1989 formed part of a revolutionary wave in the late 1980s and early 1990s that resulted in the end of communist rule in Central and Eastern Europe and beyond. The period is often also called the Fall of Communism and sometimes the Fall of Nations or the Autumn of Nations, a play on the term Spring of Nations that is sometimes used to describe the Revolutions of 1848.

The Communist Party of Latvia was a political party in Latvia.

The September Uprising was an armed insurgency staged in September 1923 by the Bulgarian Communist Party (BCP) under Comintern pressure and attempted to overthrow Alexander Tsankov's new government of Bulgaria that had come to power with the coup d'état of 9 June. Besides its communist base, the uprising was also supported by agrarians and anarchists. The uprising's goal was the "establishment of a government of workers and peasants" in Bulgaria.

The 1944 Bulgarian coup d'état, also known as the 9 September coup d'état, was the forcible change of the government of Kingdom of Bulgaria carried out on the eve of 9 September 1944. In Communist Bulgaria it was called People's Uprising of 9 September – on the grounds of the broad unrest, and Socialist Revolution – as it was a turning point politically and the beginning of radical reforms towards socialism. 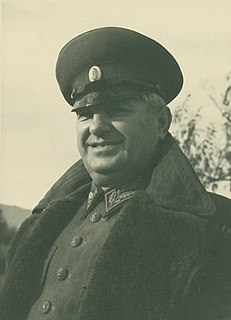 Ferdinand Todorov Kozovski was a Bulgarian communist politician and Lieutenant General in the Bulgarian Army who served as Chairman of the National Assembly of Bulgaria from 1950 to 1965.

Karlo Todorov Lukanov was a Bulgarian politician of the Bulgarian Communist Party and Minister of Foreign Affairs from 1956 to 1962. His father Todor Lukanov and his son Andrey Lukanov were both prominent socialist and communist politicians.

Epoha was a Bulgarian daily newspaper, published from Sofia between June 25, 1922 and December 29, 1925. Epoha functioned as a mouthpiece of the rightist tendency within the Bulgarian Social Democratic Workers Party.

Krastyu Sergeyev Trichkov is a retired Bulgarian politician from the Bulgarian Communist Party. He served as the first First Deputy Chairmen of the State Council.

The Emblem of the People's Republic of Bulgaria was first used from 1946 until the end of communist rule in 1990. Following the communist coup d’etat was held against the government of King Simeon on 9 September 1944, the insurgents used royal flags defaced by cutting out the crown and the royal cyphers. Around the arms was a garland of branches of oak and olive. On 15 September 1946, the People's Republic was proclaimed. On 6 December 1947 an emblem patterned after the State Emblem of the Soviet Union was adopted that consisted of a red five-pointed star with eight ears of wheat or tied with a ribbon Gules inscribed with the motto: 9 IX 1944.

The Party of the Bulgarian Communists is a communist party in Bulgaria, registered in 2006.

Anarchism in Bulgaria first appeared in the 1860s, within the national movement seeking independence from the Ottoman Empire, strongly influenced by the Russian revolutionary movement. Anarchism established itself as a distinct political movement at the end of the 19th century. It developed further in the 20th century, so much so that Bulgaria was one of the few countries in Eastern Europe where the organized anarchist movement enjoyed a real establishment throughout the country, until the seizure of power by the Bulgarian Communist Party. Under the People's Republic of Bulgaria, the anarchist movement survived underground, but was the victim of severe repression. From 1989, anarchism has been freely reconstituted.