Rachel Michele Nichols (née Alexander, born October 18, 1973) is a sports journalist who is currently a television host for ESPN, a sports reporter, and an anchor. She hosts an NBA discussion show called The Jump ; weekdays on ESPN, it covers news and stories from around the league and features a panel of NBA analysts and players.

Nichols was born Rachel Michele Alexander. She is a 1991 graduate of Winston Churchill High School in Potomac, Maryland [1] and graduated from the Medill School of Journalism at Northwestern University in 1995. [2]

Nichols began her career as a sports journalist in the 1990s, first writing for the Fort Lauderdale Sun-Sentinel sports page (1995–1996) before covering the NHL's Washington Capitals for the Washington Post (1996–2004). [3] She joined ESPN in 2004, where she became a regular part of SportsCenter , Sunday NFL Countdown and Monday Night Countdown , as well as a regular on the network's NFL and NBA coverage. [4] [5] Nichols was also a correspondent for E:60 [6] and worked as the sideline reporter on a number of Monday Night Football broadcasts. [7]

In 2013, she left ESPN for CNN and began hosting Unguarded with Rachel Nichols in October of that year. The program would change from a regular series to an occasional special by October of the subsequent year. [8] Sports Illustrated has called Nichols "the country's most impactful and prominent female sports journalist." [9] Nichols was widely praised for her tough questioning of NFL Commissioner Roger Goodell in the wake of the Ray Rice scandal [10] and likewise for confronting boxer Floyd Mayweather on his history of domestic violence. [11] During this same period, Nichols also worked the sidelines for Turner Sports' NBA on TNT program from 2013–2016, working both regular season and playoff games.

Since her return to ESPN in 2016, she has co-hosted The Jump , a daily discussion show she created covering the NBA. [5] [12] In 2019, she was named host of NBA Saturday Primetime on ABC and the NBA Finals on ABC. [13] She also became a recurring guest-host on the podcast Pardon My Take (2016–present), as well as on the TV show Pardon the Interruption. [14]

Nichols married film and music video director Max Nichols, [20] son of film and stage director Mike Nichols, in a Jewish ceremony in Venice in 2001. [21] Together, they have two children, twin daughters. [22] [23] She also has one older brother and one younger brother. [24]

Hannah Storen Hicks, known professionally as Hannah Storm, is an American television sports journalist, serving as the anchor of ESPN's SportsCenter Face to Face. She was also host of the NBA Countdown pregame show on ABC as part of the network's NBA Sunday game coverage. She is also the play-by-play announcer on Prime Video during Thursday Night Football with Andrea Kremer.

CNN/Sports Illustrated (CNN/SI) was a 24-hour sports news network. It was created by Time Warner, bringing together its CNN and Sports Illustrated brands and related resources. It was launched on December 12, 1996.

Suzanne Lisa "Suzy" Kolber is an American football sideline reporter, co-producer, and sportscaster for ESPN. She was one of the original anchors of ESPN2 when it launched in 1993. Three years later, she left ESPN2 to join Fox Sports, and rejoined ESPN in late 1999. 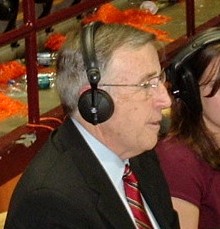 Brent Woody Musburger is an American sportscaster, currently the lead broadcaster and managing editor at Vegas Stats and Information Network (VSiN) and radio play-by-play voice for the Las Vegas Raiders.

Frederick "Fred" Hickman is an American broadcaster who has had stints with CNN, TBS, YES Network, and ESPN. Born and raised in Springfield, Illinois, he graduated from Coe College in Cedar Rapids, Iowa in 1978, joining as an original co-host of the CNN show Sports Tonight in 1980. He received CableACE awards in 1989 and 1993, and was a New York Sports Emmy Award Winner in 2004.

Melissa Stark is an American television personality and sportscaster best known for her three-year stint as a sideline reporter for Monday Night Football. Currently a reporter for the NFL Network, she previously had worked with NBC, primarily at its MSNBC subsidiary. She was also a correspondent for NBC's The Today Show. In the summer of 2008, she anchored MSNBC's coverage of the 2008 Beijing Olympics. Prior to NBC, she was a reporter for ESPN. 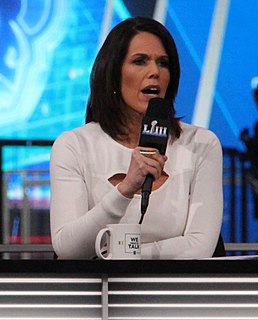 Dana Jacobson is a host and correspondent for CBS News currently serving as a co host for CBS This Morning Saturday. She is also an anchor & reporter for CBS Sports and CBS SportsNetwork. She joined CBS News in 2015, 2 years after she began working for CBS SportsNetwork. Prior to that Jacobson spent a decade at ESPN, from 2002 until 2012. In March 2005, she was named co-host of Cold Pizza and transitioned with the show as it became ESPN First Take. On December 30, 2011, she left First Take and returned to anchoring SportsCenter. On March 27, 2012, USA Today announced that Jacobson would leave ESPN when her contract expires at the end of April. Monday, April 30, 2012, was her final day at ESPN when she anchored the 6–8 p.m. ET SportsCenter.

NBA Countdown, branded for sponsorship purposes as NBA Countdown Presented By Mountain Dew, is a pregame television show airing prior to National Basketball Association (NBA) telecasts on ABC and ESPN. The show formerly was ABC's marquee pregame show leading into the NBA Finals; however, that slot was taken over by the Rachel Nichols led The Jump starting in the 2019–20 season. 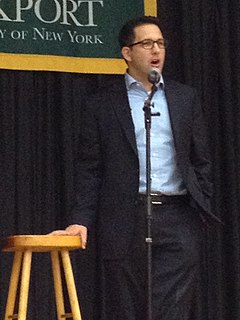 Adam Schefter is an American sports writer and television analyst. After graduating from University of Michigan and Northwestern University with degrees in journalism, Schefter wrote for several newspapers, including The Denver Post, before working at NFL Network. He then became an NFL insider for ESPN in 2009.

Sage Marie Steele is an American television anchor who is the co-host of the 6pm (ET) SportsCenter on ESPN. She also hosts SportsCenter on the Road from various sporting events such as the Super Bowl and The Masters. Steele formerly hosted NBA Countdown on ESPN and ABC for four seasons, ending in 2017. For five years prior to the NBA assignment, Steele was a full-time host of SportsCenter, ESPN's flagship show, and had previously contributed to ESPN First Take, Mike & Mike in the Morning, and SportsNation. Steele hosted SportsCenter's daytime coverage of the NBA Finals in 2012 and 2013, and has covered every NBA Finals from 2012 to 2020.

Daniel Patrick Pugh, known professionally as Dan Patrick, is an American sportscaster, radio personality, and actor from Mason, Ohio. He hosts The Dan Patrick Show broadcast on radio on Premiere Radio Networks and streaming on peacock. He co-hosted NBC's Football Night in America and serves as a senior writer for Sports Illustrated. He worked at ESPN for 18 years, where he often anchored the weeknight and Sunday 11 p.m. edition of SportsCenter.

Michelle Denise Beadle is a sports reporter and host, who most recently worked for ESPN. She was formerly the co-host of the morning sports show Get Up! along with Jalen Rose and Mike Greenberg, the co-host of SportsNation on ESPN2, and former host of Winners Bracket on ABC with Marcellus Wiley.

Jennifer Hale is an American journalist working for Fox Sports as an NFL sideline reporter where she is currently paired with Chris Myers, Brock Huard, and Greg Jennings. She also covers NBA's New Orleans Pelicans for Fox Sports New Orleans and also covers College Football for Fox Sports. She has been a substitute host on Fox Sports 1 shows Skip and Shannon: Undisputed and Lock It In. She covers The Basketball Tournament for ESPN as well as the Westminster Kennel Club Dog Show. She has also worked as a Sideline Reporter for TNT's coverage of the 1st Round of the 2017 NBA Playoffs.

Domestic violence perpetrated by male athletes upon their intimate partners or family members is one of the most common off-field crimes that affects sports administration. There is an ongoing struggle among sporting leagues, governments, and viewers to address the increasing number of domestic violence incidents committed by athletes that come to the sporting public's attention. The NFL, National Collegiate Athletic Association (NCAA), National Basketball Association (NBA), and the sport of boxing employ and promote athletes who have committed domestic violence, which presents a dilemma when their offending becomes public knowledge. Most prominent are instances of domestic violence that are reported as being perpetrated by members of the NFL, due largely to the immense popularity of the sport in the United States and the role models the sport's participants are expected to be.