Rade Stanislav Prica (born 30 June 1980) is a Swedish former professional footballer who played as a striker. He is the only player who has won league championships in the three Scandinavian countries – Sweden, Denmark and Norway. [1] A full international between 2001 and 2008, he won 14 caps for the Sweden national team, scoring two goals.

Prica started his footballing career as a youth player for Ljungby, he then made his way into the first team, making 37 appearances and scoring 14 goals, over a period of three seasons. [2]

After leaving Ljungby, Prica signed for renowned Swedish club Helsingborg in 1998, he then went on to play for them for five seasons playing 73 times scoring 27 goals, Prica then moved to German team Hansa Rostock. [3]

Prica signed for Aalborg BK in 2006 after being released by Hansa Rostock, [4] During the 2006–07 season, he was topscorer in the Danish Superliga scoring 19 goals. [5]

Sunderland completed the signing of Prica on 23 January 2008 for a fee of more than £2 million on a three-and-a-half-year contract. [6]

He scored on his debut for at Sunderland against Birmingham City on 29 January 2008, and missed out in scoring a second with referee Mark Halsey ruling it out for handball. [7]

Prica came on as a substitute for Kieran Richardson in a League game against Liverpool at Anfield after just 7 minutes, but was then substituted himself after 56 minutes. [8]

Prica was rarely featured in the Sunderland squad. In January 2009, official sources with the club acknowledged that he was sought by two unnamed British clubs and a European club, rumored to be his previous Danish club Aalborg BK. [9]

Prica was given limited opportunities by Sunderland and did not start a game. It was reported on Sky Sports that Prica had been made available for loan.

On 9 January 2013, it was reported Prica had agreed terms with Maccabi Tel Aviv in the Israeli Premier League. [13] Prica signed in January 2013. Since his arrival to the club he has been very appreciated by either the Israeli fans and media, and had an instant impact for Maccabi Tel Aviv, scoring 8 goals in his first 18 appearances.

Prica made his debut for the Sweden national team in February 2001 against Thailand coming on as a substitute in the 66th minute replacing Martin Åslund. [15]

Bo Janne Andreas Jakobsson is a Swedish former professional footballer who played as a defender and midfielder. Starting off his professional career with Landskrona BoIS in 1990, he went on to also represent Helsingborgs IF, Hansa Rostock, Brøndby IF, and Southampton before retiring at Helsingborg in 2007. He played 36 international matches for the Sweden national team, and was a squad player at the 2002 FIFA World Cup and UEFA Euro 2004.

Fredrik Guttormsen Lærum Winsnes is a Norwegian former professional footballer who played as a midfielder, primarily for Rosenborg BK in the Norwegian Premier League. He also played 19 games for the Norway national football team. 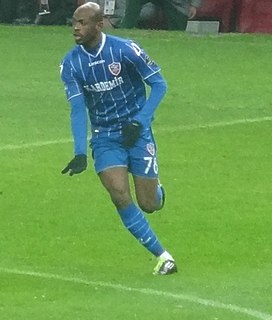 Luton George Kieshawn Shelton was a Jamaican professional footballer who played as a striker or winger. At the time of his death, he was the top scorer for the Jamaican national football team with 35 goals. He is also the only men's football player to score four goals in his international debut (2004). He earned 75 caps for Jamaica, and played at three CONCACAF Gold Cups.

Jeppe Lund Curth is a Danish former professional footballer who played as a forward. He played 43 matches and scored 15 goals for various Danish youth national teams, most recently the Danish national under-21 team.

Mike Lindemann Jensen is a Danish professional footballer who plays as a midfielder, for Danish club HB Køge. He has also been capped by Denmark.

Tobias Pilegaard Mikkelsen is a Danish professional footballer who plays as a winger for the Helsingborgs IF in the Allsvenskan. He has eight senior caps for Denmark, as well as a total of 11 youth caps with the U20 and U21 teams.

Marcus Sahlman is a retired Swedish footballer who played as goalkeeper.

Joakim Persson is a Swedish football manager and former player. He is the head coach of Varbergs BoIS.

Jørgen Skjelvik is a Norwegian professional footballer who plays for Odense as a left back. After starting his career with the local club Stabæk, Skjelvik moved to Sweden where he played in Allsvenskan with Helsingborg and Kalmar, before he returned to Norway and joined Rosenborg in July 2013. He has represented Norway from under-18 to under-21 level, but was left out of the Norwegian squad for the 2013 UEFA European Under-21 Football Championship due to an injury.

The 2010 Superfinalen was the second edition of Superfinalen, an annual football match between the winners of the previous season's Tippeligaen and Norwegian Cup competitions. Modeled on the FA Community Shield, the match is intended to be a season opener, with the net proceeds going to charity. It took take place on 7 March 2010, at Color Line Stadion, Ålesund, and was contested by Rosenborg and Aalesund, winners of the 2009 Tippeligaen and 2009 Norwegian Football Cup respectively. Rosenborg won the match 3–1 after leading 2–0 at halftime. Kris Stadsgaard and Rade Prica scored the goals in the first half, and Trond Olsen increased Rosenborg's lead to 3–0 before Aalesund pulled one back, courtesy of Peter Orry Larsen.

Robert Kwabena Boateng is a retired Ghanaian professional footballer. He played as a midfielder. Boateng came up through the youth teams of Glo Premier League club Ashanti Gold SC, then signed for the two times CAF Champions League winners Asante Kotoko in spring 1995. He played the 1995–1996 and 1996–1997 Glo Premier League seasons with Asante Kotoko, before signing for Norwegian giants Rosenborg BK, winning four consecutive Tippeligaen titles from 1997 to 2000 seasons, and became a member of the Ghana national football team during the period. After four years with Rosenborg BK, he then joined Glo Premier League club King Faisal Babes in 2001 and played in the 2001–2002 and 2002–2003 Glo Premier League seasons with the club. 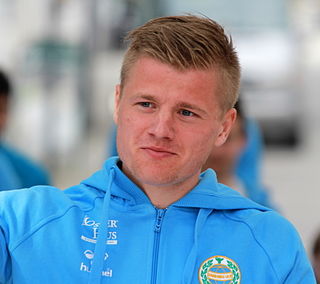 Bo Tim Rade Tiger Prica is a Swedish footballer who plays as a forward for Danish Superliga club AaB.