Radio Dabanga (Arabic: راديو دبنقا) is a shortwave radio station, TV and online news magazine, that serves Sudan with daily reports on the latest political, economic and social information, including health issues and social programs such as Lost and Found . The shortwave radio has been broadcasting since 1 December 2008. Current broadcasts last for a total of one hour each day.

While Radio Dabanga only broadcast on shortwave radio for the first few years, the station now has several channels. The editors have innovated and experimented in the sphere of new media, often at the request of their listeners. These include Satellite TV, Facebook, WhatsApp, and SoundCloud. Depending on the medium, Radio Dabanga produces news in Sudanese Arabic and/or English.

Shortwave radio remains the mainstay of the radio station; one quarter of all Sudanese people are illiterate, [1] a number that is relatively higher in Sudan’s remote areas and camps for displaced people. Many people here have no lifeline to the outside world other than telephone and radio, so it is Radio Dabanga’s mission to provide this.

Besides the news bulletin, one program is broadcast every day. Editors pick which program is most suitable depending on the news of the day.

Other programs include Lost and Found, Hababkum Darfur ("We Greet Darfur"), Melodies from Darfur, Sudan Files, and Press Review. Lost and Found is a program which aims to reunite loved ones who have lost contact with each other when fleeing conflict, while Hababkum Darfur allows callers to send greetings across the airwaves to listeners in other places. Occasionally, drama programs are also broadcast over Radio Dabanga.

Fi Al Mizan ("On the Scale") was a justice program co-produced by Radio Dabanga and the Institute for War and Peace Reporting. It focused on local and international justice issues.

Broadcasts are made in Sudanese Arabic. In the past,[ when? ] broadcasts also featured news in Darfuri Arabic, Fur, Masalit and Zaghawa.[ citation needed ]

Radio Dabanga has been broadcasting its TV satellite channel on Eutelsat since 18 February 2018 [2] on frequency 11354 GHz. The TV Satellite broadcasts the latest radio programs 24 hours per day, showing the latest headlines of Radio Dabanga in text on-screen.

Radio programs, which are broadcast via shortwave radio and satellite TV, are also uploaded on Radio Dabanga’s website and Facebook page. On 21 August 2018, Radio Dabanga had uploaded a total of 1,848 broadcasts to its SoundCloud channel.

Radio Dabanga produces news articles in Arabic, which are published on the Arabic website, social media and WhatsApp groups. Arabic news is often translated and reworked to suit an international audience on the English language part of the website and social media platforms.

Radio Dabanga reports in exile from Amsterdam. Until 2012 the editorial team operated out of facilities at Radio Netherlands Worldwide, a public radio and television network based in the city of Hilversum. Since then the radio station has operated from the offices of Free Press Unlimited in Amsterdam. [3]

Before 2013, Radio Dabanga's main focus was conflict areas such as Darfur and the Blue Nile, producing independent news and relevant information for people of Darfur, including internally displaced persons and refugees. Since then the station increasingly shifted to being a reliable source of information for people in all parts of Sudan, covering a wide range of events and issues.

The editor-in-chief is Kamal Elsadig, overseeing a small group of reporters who work at the central desk in Amsterdam. The radio station receives news from people in the field. These stringers get in contact with the team with information about specific events, which the team then uses to verify and compile as news.

Audience participation is a significant source of information, as listeners call the radio studios with their own stories and tips. Increasingly, the editors use WhatsApp as a tool to receive, verify and publish news from interested individuals and specialist groups such as medics and civil servants in Sudan. [4]

Radio Dabanga radio broadcasts reach 2.3 million individual listeners per day (the population of Sudan is around 40 million) according to a listener survey conducted in 2009. [5] The survey was held among 1,582 respondents over the age of 18 in cities, towns, and Darfur’s refugee camps. The satellite TV channel is watched by an average of 1 million people per day in Greater Khartoum. Overall, the 2009 survey and spot checks in Khartoum revealed that Radio Dabanga reaches 6.5 million people per week via shortwave radio and satellite TV. More information about the online audience of Radio Dabanga is presented in an infographic on their website.

Radio Dabanga is conceived, operated and facilitated by the Dutch NGO Free Press Unlimited in the Netherlands. It was founded in 2008 by a coalition of Sudanese journalists, a number of international NGOs and the movers behind the Dutch campaign ‘Tot Zover Darfur’, including Stichting Vluchteling, Pax for Peace and Stichting Doen.

While Radio Dabanga has a large audience in Sudan, the organization has been criticized by the Sudanese government in the past. The station has survived a number of government efforts to take TV Satellite and shortwave radio broadcasts off-air, including attempts at jamming and prosecution of reporters.

Radio Dabanga's channel was taken down from Nilesat in February 2018 due to a new request from the Sudanese government. [7] Faisal El Bagir of the network of Journalists for Human Rights stated at the time: "This measure illustrates that the regime does not tolerate independent opinions and voices, especially when it comes to the voices of those who would otherwise never be heard." After that, Radio Dabanga has been broadcasting via Eutelsat, a Paris-based broadcasting company. [8]

Since the Sudanese revolution, Radio Dabanga has increased its coverage by expanding the number of reporters and stringers based in the country.

Egypt has long been the cultural and informational centre of the Middle East and North Africa, and Cairo is the region's largest publishing and broadcasting centre.

Telecommunications in Sudan includes fixed and mobile telephones, the Internet, radio, and television. Approximately 12 million out of 45 million people in Sudan use the Internet, mainly on smartphones and mobile computers. 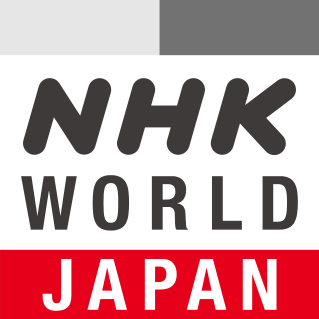 NHK World-Japan is the international arm of the Japanese state-controlled public broadcaster NHK. Its services are aimed at the overseas market, similar to those offered by other national public-service broadcasters such as the British BBC, France 24 or the German DW, among many others. Contents are broadcast through shortwave radio, satellite and cable operators throughout the world, as well as online and through its mobile apps. It is headquartered in Tokyo.

Deutsche Welle or DW is a German public state-owned international broadcaster funded by the German federal tax budget. The service is available in 30 languages. DW's satellite television service consists of channels in English, German, Urdu, Hindi, Spanish, Bengali, and Arabic. The work of DW is regulated by the Deutsche Welle Act, meaning that content is intended to be independent of government influence. DW is a member of the European Broadcasting Union (EBU). 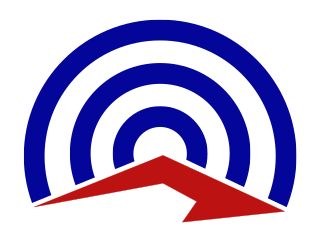 Radio Havana Cuba is the official government-run international broadcasting station of Cuba. It can be heard in many parts of the world including the United States on shortwave frequencies. Radio Havana, along with Radio Rebelde, Cubavision Television and other Cuban radio and television broadcasts to North, Central and South America via free-to-air programming from the Hispanisat satellite over the Atlantic Ocean and via Internet streaming.

The Israel Broadcasting Authority was Israel's public broadcaster from 1948 until May 2017.

Radio Sawa is a Middle Eastern radio station broadcasting in the Arab world. The station is a service of the Middle East Broadcasting Networks, Inc., which also operates Alhurra Television and is publicly funded by the U.S. Agency for Global Media and the U.S. Congress. The word "sawa" means "together" in many Arabic dialects. 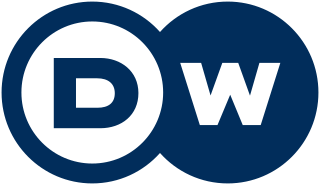 DW-TV is a German multilingual TV news network of Deutsche Welle. Tending to focus on news and informational programming, it first started broadcasting 1 April 1992. They are broadcast on satellite and uplinked from Berlin. DW English broadcast service is aimed at the overseas market.

Voice of Korea is the international broadcasting service of North Korea. It broadcasts primarily information in Chinese, Spanish, German, English, French, Russian, Japanese and Arabic. Until 2002 it was known as Radio Pyongyang. The interval signal is identical to that of Korean Central Television.

As of the early 2000s, Sudan had one of the most restrictive media environments in Africa. Sudan’s print media since independence generally have served one of the political parties or the government in power, although there occasionally were outspoken independent newspapers. 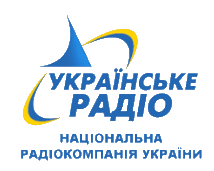 Radio Ukraine International, abbreviated RUI, is the official international broadcasting station of Ukraine. As a section of the National Radio Company of Ukraine (NRCU) and working from studios located in the heart of the capital city Kyiv, Radio Ukraine International is a team of more than 60 professionals that develop programming and news broadcasts in three languages. The mission of RUI is to acquaint foreign listeners with all diversity of political and social-economic life, current affairs, cultural history, spiritual life, and music of Ukraine. The broadcasts of RUI are also intended to help Ukrainians living abroad to remain informed and in touch with home. The Romanian language broadcasts are produced and transmitted from studio facilities located in Chernivtsi.

Israel Radio International or Reka is the radio service of the Israeli Public Broadcasting Corporation (IPBC) for immigrants and listeners abroad.

The Egyptian Radio and Television Union is the public broadcaster of Egypt, operated by the Egyptian government. It is a member of the European Broadcasting Union.

Syria TV, also known as Syrian Satellite Channel, is a satellite television channel a nationwide public broadcasting, state-funded by RTV Syria (ORTAS) and broadcast throughout the world on various satellites. The television station is based in Damascus, Syria since July 1960.

Libyan Jamahiriya Broadcasting Corporation (LJBC) was the state-run broadcasting organization in Libya under the rule of Muammar Gaddafi. It distributed news in coordination with the Jamahiriya News Agency in accordance with state laws controlling Libya media.

Addounia TV was a private television station based in Damascus, Syria since March 23, 2007. The station is described by some western media as "semi-official" and a "mouthpiece of the government." Addounia TV was a sister channel of Sama TV. The channel was shut down in 2015.