Geidl's father was an officer in the Austro-Hungarian Army based in Kotor. His mother was a poor Montenegrin noblewoman. Later, the family moved to Kyjov, Moravia, where Geidl studied at a secondary grammar school. In 1910 he went through one year of compulsory military service in Mostar. Afterwards Geidl left for the Balkans and likely took part in the Balkan Wars (1912–13). At the start of World War I he rejoined the Austro-Hungarian Army and served in Dalmatia and Sarajevo. In September 1915 he was taken prisoner in Višegrad, Bosnia.

At the end of 1916 the battalion was destroyed and Gajda joined the Czechoslovak Legions (30 January 1917) as a staff captain. Gajda proved himself as an able commander in the Battle of Zborov and quickly rose through the military hierarchy.

During the evacuation of the Legion in May 1918 [2] via the Trans-Siberian railway violence erupted between the Legion and the Bolsheviks. Czechoslovak soldiers quickly occupied large tracts of the railway east of the Volga. Gajda commanded the area from Novonikolayevsk (Novosibirsk) north to Irkutsk. Aggressive tactics, sometimes against the orders of his superiors, helped to defeat the Bolshevik forces and connect all units of the Legion. This contributed to his conflict with Tomáš Garrigue Masaryk, [3] who wanted the Legions to stay neutral in the Russian civil war.

The most successful operation was the capture of Perm (24 December 1918) where the Legion took 20,000 prisoners and seized 5,000 railway cars, 60 cannon, 1,000 machine guns and the fleet frozen in the Kama River. Gajda's enjoyed widespread popularity amongst his troops and throughout the White movement. He was promoted to Major-General and nicknamed "the Siberian Ataman" and "the Siberian Tiger." He later accepted an invitation from Aleksandr Kolchak to become a commander in his army.

His career with Kolchak was less successful—the Red Army had begun to take the initiative while Kolchak's forces dwindled away. Gajda, out of Kolchak's favor, was dismissed on 5 July 1919. After involving himself in the unsuccessful mutiny of Esers against Kolchak (17 November 1919) he escaped from Siberia and sailed to Europe.

After arriving in Czechoslovakia in early 1920, Gajda was given a pension and the rank of General, but was not assigned a command. In November 1920 he was sent to study military theory at the École supérieure de guerre in France. He also studied agriculture at the Institut Technique de Pratique Agricole.

Gajda returned two years later. On 9 October 1922, he was given command of the 11th Division in Košice, Slovakia. His involvement in the cultural life of the region soon endeared him to the locals. On 1 December 1924 he was named Deputy Chief of the General Staff in Prague under General Eugène Mittelhauser, head of French military mission in Czechoslovakia. Gajda became a rival of Mittelhauser and Mittelhauser's predecessor Maurice Pellé. [3] In this capacity, Gajda worked successfully to limit the influence of the mission, which was brought to an end in 1926. On 20 March 1926 he became Acting Chief of the General Staff. In his position he backed up former legionnaires against former loyalist Austrian officers.[ citation needed ]

Under pressure from president Tomáš Garrigue Masaryk Gajda was forced to retire, because he had publicly shown himself sympathetic to Italian fascism. Combined with envy, political intrigue and fear of a military coup (similar to the contemporary May Coup in Poland) this led to the dismissal of the ambitious general.[ citation needed ]

Still a young man of 34, Gajda decided to turn to politics. At the end of 1926 he took part in the founding of the National Fascist Community (Czech : Národní obec fašistická, NOF), modeled on Benito Mussolini's National Fascist Party and became its leader on 2 January 1927. In 1929 the party took several seats in parliament. In 1931 Gajda was briefly imprisoned and stripped of military rank due to a prior scandal.

During the night of 21-22 January 1933, the Židenice Mutiny broke out in Brno. This was an attempt on the part of 70 to 80 local fascists to overthrow the government by means of a military coup. The mutiny was immediately suppressed. Gajda was arrested the next day and charged with inciting the coup. Initially he was absolved of wrongdoing but after political pressure the verdict was revised. Gajda was sentenced to six months in prison and the forfeiture of his military pension.

The NOF was somewhat successful in the 1935 elections and Gajda obtained a seat in parliament, which he was to hold until 1939. At this time, the NOF had a strong anti-German orientation, supported a military buildup and favored war with Nazi Germany over the Sudetenland. (After the Munich Agreement Gajda, as a gesture of defiance, returned all French and British honors and medals.) In 1939 he was rehabilitated and restored to the rank of General. He also became active in the newly established Party of National Unity (Czech : Strana národní jednoty).

During March 1939, the Czechoslovakian political scene was in state of turmoil. Several coups were attempted, one in anticipation of making Gajda the new head of state. These amateurish coups ended in fiasco and several days later the remaining Czech lands were occupied by Nazi Germany.

Gajda was marginalized during the occupation and abandoned politics. He occasionally assisted the Czech resistance by helping army officers to flee into Poland and by hiding the resistance activities of his son. He was investigated by the Gestapo but avoided imprisonment. When World War II ended Gajda was imprisoned by the NKVD (12 May 1945) and interrogated under harsh conditions (he lost his eyesight while jailed).

In April 1947 he was brought to trial for "propagation of Fascism and Nazism", for which the prosecutor requested a life sentence. Gajda's guilt was far from clear and the resulting sentence of two years allowed him to leave prison shortly thereafter. Penniless and forgotten, he died several months later.

Tomáš Garrigue Masaryk, sometimes anglicised Thomas Masaryk, was a Czechoslovak politician, statesman, sociologist and philosopher. Until 1914, he advocated restructuring the Austro-Hungarian Empire into a federal state. With the help of the Allied Powers, Masaryk gained independence for a Czechoslovak Republic as World War I ended in 1918. He founded Czechoslovakia and served as its first president, and so is called by some Czechs the "President Liberator" (Czech: Prezident Osvoboditel). 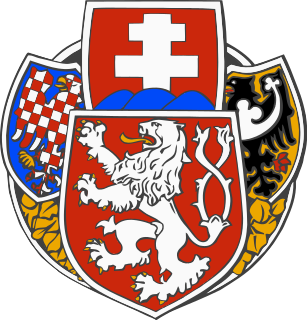 The Czechoslovak Legion were volunteer armed forces composed predominantly of Czechs with a small number of Slovaks fighting on the side of the Entente powers during World War I. Their goal was to win the support of the Allied Powers for the independence of Bohemia and Moravia from the Austrian Empire and of Slovak territories from the Kingdom of Hungary, which were then part of the Austro-Hungarian Empire. With the help of émigré intellectuals and politicians such as the Czech Tomáš Garrigue Masaryk and the Slovak Milan Rastislav Štefánik, they grew into a force of over 100,000 strong. 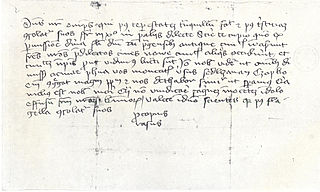 Prokop the Great or Prokop the Bald or the Shaven was a Czech Hussite general and a prominent Taborite military leader during the Hussite Wars. 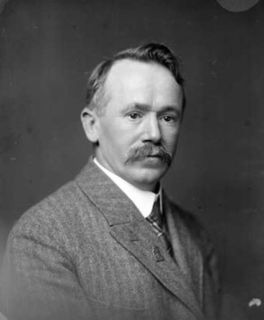 Vojta Beneš was a Czech educator, political leader in Czechoslovakia and brother of Edvard Beneš.

Jan Syrový was a Czechoslovak Army four star general and the prime minister during the Munich Crisis.

Rudolf Medek was a Czech poet, army-related prose writer, and a general in the Czechoslovak Legions in Russia. In 1919 he was awarded the Distinguished Service Order by George V which he sent back after the Munich Agreement, as he did with his Légion d'honneur insignia.

Antonín Švehla was a Czechoslovak politician. He served three terms as the prime minister of Czechoslovakia. He is regarded as one of the most important political figures of the First Czechoslovak Republic; he was the leader of the Agrarian Party, which was dominant within the Pětka, which was largely his own invention. Švehla is also credited with the slogan of the Pětka: "We have agreed that we will agree."

Nikolay Nikolayevich Dukhonin was a Russian general, the last commander-in-chief of the Imperial Russian Army.

The National Fascist Community was a Czechoslovak Fascist movement led by Radola Gajda, and based on the Fascism of Benito Mussolini.

Battle of Bakhmach, was one of the last battles on the Eastern Front in World War I between the Allied backed Czechoslovak Legion, Soviet Russia and the Central Powers occupying Ukraine after the Treaty of Brest-Litovsk. The battle lasted from March 8 to March 13, 1918 over the city of Bakhmach (Бахмач), today in Ukraine and was the last engagement in World War 1 for the Soviets. Following a Legion victory, the Germans negotiated a truce.

Mikhail Konstantinovich Diterikhs was a general in the Imperial Russian Army and subsequently a key figure in the White movement in Siberia during the Russian Civil War, noted in particular for his monarchist and anti-Semitic views.

Český národně socialistický tábor — Vlajka or simply Vlajka was the name of a small Czech fascist, antisemitic and nationalist movement, and its corresponding publication. The publication itself was founded in 1928, its first editor being Miloš Maixner. During the time of German occupation the organisation collaborated with the Nazis for which it was banned and its members were punished after the liberation.

Jiří Stříbrný was a Czech politician. He was one of the "founding fathers" of the Czechoslovak Republic, but became a quite controversial figure later on. He died in prison in 1955, after being charged with World War II collaboration, although the specifics of that remain unclear. 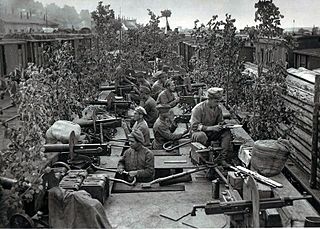 The Revolt of the Czechoslovak Legion comprised the armed actions of the Czechoslovak Legion in the Russian Civil War against Bolshevik authorities, beginning in May 1918 and persisting through evacuation of the Legion from Siberia to Europe in 1920. The revolt, occurring in Volga, Ural, and Siberia regions along the Trans-Siberian Railway, was a reaction to a threat initiated by the Bolsheviks partly as a consequence of the Treaty of Brest-Litovsk. One major secondary consequence of victories by the Legion over the Bolsheviks was to catalyze anti-Bolshevik activity in Siberia, particularly of the Committee of Members of the Constituent Assembly, and to provide a major boost for the anti-Bolshevik or White forces, likely protracting the Russian Civil War.

Stanislav Čeček was a Czechoslovak general. 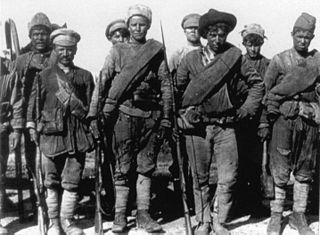 The Siberian Army was an anti-Bolshevik army during the Russian Civil War, which fought from June 1918 – July 1919 in Siberia – Ural Region.

Alexander Vasilyevich Kolchak KB was an Imperial Russian admiral, military leader and polar explorer who served in the Imperial Russian Navy and fought in the Russo-Japanese War and the First World War. During the Russian Civil War, he established an anti-communist government in Siberia—later the Provisional All-Russian Government—and was recognised as the "Supreme Leader and Commander-in-Chief of All Russian Land and Sea Forces" by the other leaders of the White movement from 1918 to 1920. His government was based in Omsk, in southwestern Siberia.

The Gajda Affair was a series of trials, investigations, rumors, and public commentary from 1926 to 1928 regarding conspiracies against the government of Czechoslovakia allegedly masterminded by Radola Gajda. Gajda was convicted, exonerated, then convicted a second-time on a variety of charges ranging from espionage to mutiny and dismissed from the Czechoslovak Army, though the evidence against him has subsequently come under scrutiny. The Gajda Affair has been said to have demonstrated the ability of the Czechoslovak government to maintain civilian control over the armed forces during a period of heightened political tension in many parts of Europe.

The Russian state — is a state proclaimed by the Act of the Ufa State Conference of September 23, 1918 “on the formation of the all-Russian supreme power” in the name of “restoring state unity and independence of Russia” affected by the revolutionary events of 1917, the establishment of Soviet power and the signing of the Soviet government of the treaty of Brest-Litovsk.