The literacy rate in the district is 38% total for the 10th grade level school, locally known as 'graduating the Matric Examination'. [6]

There are several notable educational institutes in the city, some of them are as follow:

Sheikh Zayed bin Sultan Al Nahyan ; 6 May 1918 – 2 November 2004) was the ruler of Abu Dhabi for more than 30 years. He was the founding father and the principal driving force behind the formation of the United Arab Emirates, becoming the Union's first Raʾīs (President), a post which he held for a period of almost 33 years. He is popularly referred to in the UAE as the Father of the Nation.

Sadiqabad is a city and capital of Sadiqabad Tehsil in Rahim Yar Khan District, Punjab province of Pakistan. It is situated at the border of Sindh and Punjab. According to the 2017 Census of Pakistan, it is the 32nd largest city of Pakistan with a population of 239,677.

Rahim Yar Khan District is a district in the Bahawalpur Division of Punjab province, Pakistan and the city of Rahim Yar Khan is its capital. The city itself is administratively subdivided into nine Union Councils.

Khanpur is a city and Tehsil of the Rahim Yar Khan District of Bahawalpur Division, in the Punjab province of Pakistan.

Sheikh Zayed International Airport, also known as Rahim Yar Khan Airport, is located at Rahim Yar Khan, in the Punjab province of Pakistan. It is named after Zayed bin Sultan Al Nahyan, who provided financial assistance for the construction of the airport and other projects in Rahim Yar Khan.

RYK may refer to:

Mian Wali Qureshian is a town in Rahim Yar Khan District, Punjab, Pakistan. It was founded more than 450 years ago by Makhdoom Ruhullah Shah the first. The language spoken is Saraiki language.

Zayed bin Sultan Al Nahyan (1918–2004) was the Emir and the founding father of the United Arab Emirates.

There are several modes of transport available in Lahore. 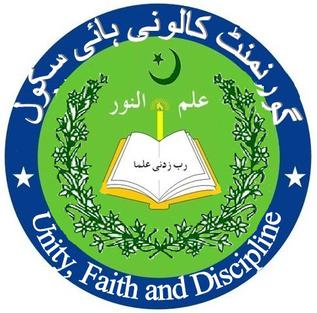 The 2012 Rahim Yar Khan bombing occurred on 15 January 2012, when a remote-controlled bomb exploded during a Shi'a Muslim procession in the city of Rahim Yar Khan in the southern region of Punjab province, Pakistan. Eighteen people were killed and dozens other injured, some critically, as a result of the attack.

Awam Express is a passenger train operated daily by Pakistan Railways between Karachi and Peshawar. It is one of the longest continuous running passenger trains in Pakistan. The trip takes approximately 33 hours and 30 minutes to cover a published distance of 1,721 kilometres (1,069 mi), traveling along the entire stretch of the Karachi–Peshawar Railway Line. 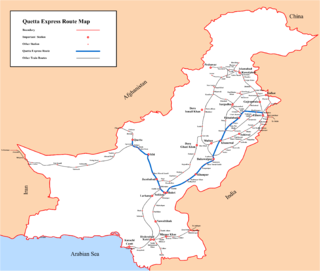 The Akbar Express is a passenger train operated daily by Pakistan Railways between Quetta and Lahore. The trip takes approximately 23 hours and 30 minutes to cover a published distance of 1,225 kilometres (761 mi), traveling along the Rohri–Chaman Railway Line, Karachi–Peshawar Railway Line, Khanewal–Wazirabad Branch Line and the Shahdara Bagh–Sangla Hill Branch Line.

Muhammad Arshad Khan Leghari is a Pakistani politician who served as Minister of State for Industries and Production, in Abbasi cabinet from August 2017 to May 2018. He had been a member of the National Assembly of Pakistan, from 2008 to May 2018.

Lahore Area Control Centre is one of two Area Control Centers in Pakistan operated by the Pakistan Civil Aviation Authority and based at Allama Iqbal International Airport in Lahore. Lahore ACC air traffic controllers provide en route and terminal control services to aircraft in the Lahore Flight Information Region (FIR). The Lahore FIR airspace covers Pakistani airspace between the 30° North to 37° North. To the south is the Karachi FIR. To the north is the Urumqi FIR. To the east is the Delhi FIR. To the west is the Kabul FIR.

On 31 October 2019, Pakistan Railways' Tezgam passenger train caught fire while traveling from Karachi to Rawalpindi, resulting in at least 75 passenger deaths. The train accident was the deadliest in Pakistan since 2005, when the Ghotki rail crash killed more than 100 people. Preliminary evidence suggested the explosion of a portable stove occurred because some passengers illegally cooked food aboard the train. Such use of gas stoves is common on Pakistan's railways; train authorities often turn a blind eye to the dangerous practice.