Raimund Harmstorf (7 October 1939 [1] – 3 May 1998) was a German actor. He became famous as the protagonist of a German TV mini series based on Jack London's the Sea-Wolf (which was sold into many countries) and starred later on successfully in another German TV series based on Jules Verne's Michael Strogoff. [2]

Harmstorf was the son of a doctor from Hamburg. He started a sports career and soon became a regional master of the decathlon. He then studied medicine, later music and performing arts. From the beginning of the 1960s he started performing in smaller TV productions. His breakthrough was in 1971 with the TV series The Sea-Wolf , based on Jack London's novel, where he played the evil-minded Captain Larsen. Later he played in several spaghetti westerns along with Bud Spencer, Franco Nero and Charlton Heston.

Toward the end of his career he was affected by Parkinson's disease and weakened by a regimen of heavy medication. His illness and vulnerability was greatly exploited by the tabloids. He committed suicide by hanging himself. [3] His death caused a scandal. [4]

German tabloids were investigated; German police consequently stated that Harmstorf's suicide had been substantially promoted by certain articles. [5] In particular Bild was blamed because Bild [6] had already published Harmstorf's suicide on its main page before his actual death. [7] Harmstorf's girlfriend confirmed that the actor had obviously already been dismayed after he had read this article, even before the news had been partly quoted on Germany's popular TV channel RTL Television. [8]

The following is a selection of Harmstorf's roles in film: 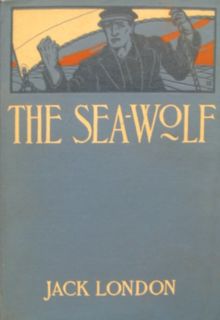 The Sea-Wolf is a 1904 psychological adventure novel by American writer Jack London. The book's protagonist, Humphrey Van Weyden, is a literary critic who is a survivor of an ocean collision and who comes under the dominance of Wolf Larsen, the powerful and amoral sea captain who rescues him. Its first printing of forty thousand copies was immediately sold out before publication on the strength of London's previous The Call of the Wild. Ambrose Bierce wrote, "The great thing—and it is among the greatest of things—is that tremendous creation, Wolf Larsen... the hewing out and setting up of such a figure is enough for a man to do in one lifetime... The love element, with its absurd suppressions, and impossible proprieties, is awful."

Dietrich Nikolaus Winkel was the inventor of the first successful metronome. He also invented the componium, an "automatic instrument" that could make endless variations on a musical theme.

Rainer Candidus Barzel was a German politician of the CDU. He served as the 8th President of the Bundestag from 1983 to 1984. 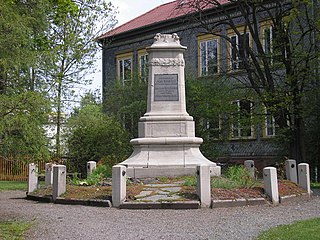 Johann Michael Bach was a German composer of the Baroque period. He was the brother of Johann Christoph Bach, as well as first cousin, once removed and father-in-law of Johann Sebastian Bach. He is sometimes referred to as the "Gehrener Bach" to distinguish him from the "Wuppertaler Bach", Johann Michael Bach (1745–1820).

This article contains a summary of the first season of the Greek television soap opera Erotas.

Sebastian Mielitz is a German professional footballer who plays as a goalkeeper for FC Viktoria Köln.

Eberhard von Brauchitsch was a German industrial manager. In his work for Flick KG, he was responsible for the donation of about 26 million Deutsche Mark to all the major German political parties and their associated foundations between 1969 and 1981. As a result of this scandal, he was sentenced to 2 years imprisonment on probation and 550,000 DM financial penalty for tax evasion. In 1982 he became a lawyer and management consultant.

Albert Hardenberg or Albertus Risaeus was a Reformed theologian and Protestant reformer, who was also active as a reformer in Cologne, Bremen and Emden.

Semesterferien, is a TV series broadcast in Germany on ZDF. It consisted of 13 episodes which were directed by Ernst Hofbauer, who had previously directed 26 episodes of Percy Stuart. Cinematography was by Helmut Bahr and Holger Wenck while Rolf Bauer contributed the score, including the opening theme.

Alfred Schieske was a German actor.

Siegfried Obermeier was a German author of historical novels and popular history books. He was editor of The Secret Diaries of Ludwig II of Bavaria 1976. In 1978 he issued his first novel, initially under the penname Carl de Scott, a novelisation of the second life of Judas Iscariot. His Jesus in India book "Starb Jesus in Kaschmir?" made it to the Year Bestseller List of the Spiegel in 1983. 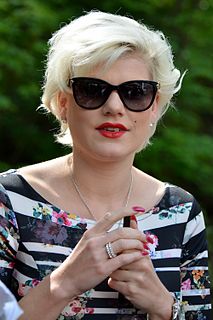 The Wiesloch Feldbahn and Industrial Museum is a narrow-gauge railway and industrial heritage open-air museum established in 2001, at Wiesloch, Germany. The museum is centred around the former locomotive shed of the Tonwaren-Industrie Wiesloch (TIW) brickworks, and houses industrial equipment from large excavators to small machine tools, plus large and small locomotives.

Goetz von Berlichingen of the Iron Hand is a 1979 German-Yugoslavian historical adventure film directed by Wolfgang Liebeneiner and starring Raimund Harmstorf, Michèle Mercier, and Sky du Mont. It is an adaptation of the 1773 play Götz von Berlichingen by Johann Wolfgang von Goethe.