Rajendra Kumar Tuli (20 July 1927 – 12 July 1999) was an Indian film actor who starred in Bollywood films. Starting his career in 1950, he appeared in more than 80 films in a career spanning over four decades. He was popularly known as the 'Jubilee Kumar'. He was considered one of the most successful Indian actors in the 1960s. He also produced several films starring his son Kumar Gaurav. The Government of India honoured him with the Padma Shri in 1969.

Rajendra Kumar was born in a Punjabi Khatri family, in the Punjab province of British India. [2] His grandfather was a successful military contractor and his father had a textile business in Sindh, British India. During the Partition of India, the family had to leave all the land and property behind and move to India. When they came to Bombay, Kumar decided to try his luck in the Hindi film industry. He never wanted to be a hero and took up work with director H. S. Rawail as an assistant. For nearly five years, he worked with Rawail as an assistant in films like Patanga , Sagai , Pocketmaar .

During this time, he made his film debut with a cameo in the 1949 film Patanga , followed by a small role in Kidar Sharma's 1950 film Jogan , opposite Dilip Kumar and Nargis. It was producer Devendra Goel who noticed Kumar in Jogan and gave him a break in Vachan in 1955. Kumar was paid only fifteen hundred rupees for the film; however, the film was a hit and was Kumar's first silver jubilee film and he was given a title – 'A star is Born'. [3] He got further success with his supporting role in Mehboob Khan's blockbuster epic film Mother India in 1957 in which he played Nargis's character's son. His first major success as a romantic leading man was in Amit Saxena's musical Goonj Uthi Shehnai (1959), co-starring Ameeta.

From 1972 onwards, he faced competition from Rajesh Khanna and many of his films were flops. He then switched to character roles in the late 1970s and 1980s. He was offered a role in the film Saajan Bina Suhaagan opposite Nutan in 1978 which was a success. He also starred in a number of Punjabi films like Do Sher and Teri Meri Ik Jindri .

In 1981, Rajendra introduced his son Kumar Gaurav in the film Love Story which he produced and also starred in. The film was declared a blockbuster. [6] Rajendra produced a few other films starring his son but none matched the success of Love Story with the exception of the 1986 film Naam , which featured his son starring alongside Sanjay Dutt. His last production was the 1993 film Phool which also didn't do well. In 1995, he acted in the television serials Andaz and Vansh which were his last acting roles.

He married Shukla who was the Sister of director OP Ralhan [7] He and Shukla had a son and two daughters. His son Kumar Gaurav is a former actor. His daughter Dimple was married to Hollywood film producer Raju Patel.

Kumar acted with Sunil Dutt and Nargis in the film Mother India (1957) where Sunil Dutt and Rajendra Kumar played sons of Nargis's character. He had a special relationship with Dutt and used to actively participate in campaigning for him, whenever the latter used to contest for elections. Dutt quoted as having said that "Even though Rajendra Kumar did not win any award throughout his career, he was one of the most genuine human beings I have ever encountered. When I was struggling with the troubles related to the arrest of my son Sanjay Dutt and my house was repeatedly being searched by means of numerous police raids, Rajendra Kumar was the one who came to my rescue by staying at my house and ensuring that raids were conducted using due procedures, false evidences were not planted in the house and valuables were not stolen." Kumar was best friends with Raj Kapoor, so much so that his son Kumar Gaurav was engaged to the latter's daughter, Reema. However, their friendship fell apart after their children broke the engagement and Kumar Gaurav married Sunil Dutt and Nargis's daughter Namrata.

He attained a Ph.D. and had a title of 'Doctor' prefixed to his name. 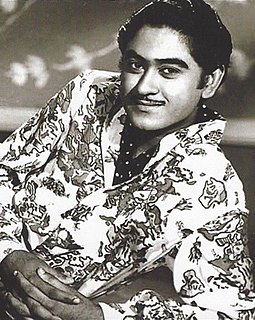 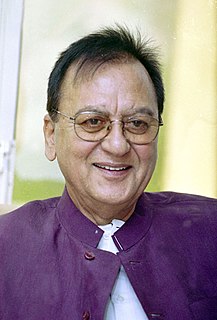 Sunil Dutt was an Indian film actor, producer, director and politician. He was the Minister of Youth Affairs and Sports in the Manmohan Singh government (2004–2005). He was a former Sheriff of Mumbai. He is the father of actor Sanjay Dutt and politician Priya Dutt. 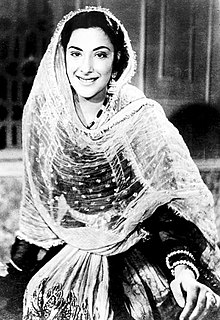 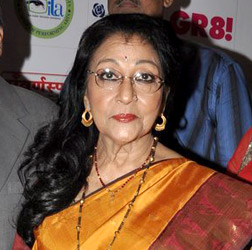 Kumar Gaurav is an Indian film actor and businessman and the son of actor Rajendra Kumar. He has acted in several hit films such as Love Story, Teri Kasam, Star, Naam, and Kaante. 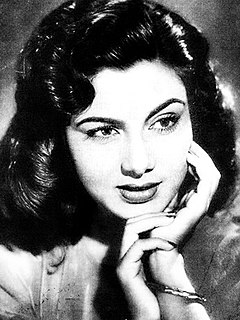 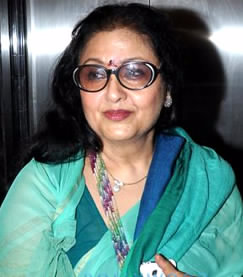 Sunghursh is a 1968 Indian Hindi film directed and produced by Harnam Singh Rawail. It is based on a short story Layli Asmaner Ayna in Bengali language by Jnanpith Award-winning writer Mahasweta Devi, which presents a fictionalised account of vendetta within a thuggee cult in the holy Indian town of Varanasi. The film stars Dilip Kumar, Vyjayanthimala, Balraj Sahni, Sanjeev Kumar, Jayant, Deven Verma, Durga Khote and Iftekhar. 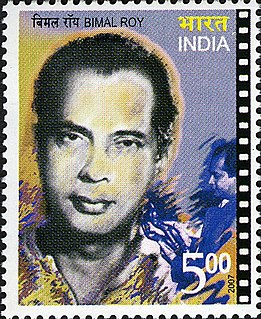 Phool (transl. Flower) is a 1993 Bollywood film directed by Singeetam Srinivasa Rao starring Kumar Gaurav and Madhuri Dixit in lead roles along with Sunil Dutt and Rajendra Kumar in supporting roles. The film is produced by actor Rajendra Kumar who is the father of Kumar Gaurav, both in real life and in the film. This film marked Rajendra Kumar's final film appearance.

Rahul Rawail is an Indian film director and editor in Bollywood known for his films like Love Story (1981), Betaab (1983), Arjun (1985), Dacait (1987), Anjaam (1994), Arjun Pandit (1999) and the recent one Jo Bole So Nihaal (2005). He was nominated for Filmfare Award for Best Director twice. He is son of film director H. S. Rawail and his son Bharat is an upcoming director. Rawail has launched a few of the Bollywood actors through his films like Kumar Gaurav and Vijeta Pandit in Love Story, Sunny Deol and Amrita Singh in Betaab, Kajol in Bekhudi (1992), and Aishwarya Rai in Aur Pyaar Ho Gaya (1997).

Harnam Singh Rawail, often credited as H. S. Rawail, was an Indian filmmaker. He debuted as a director with the 1940 Bollywood film Dorangia Daku and is best known for romantic films like Mere Mehboob (1963), Sunghursh (1968), Mehboob Ki Mehndi (1971) and Laila Majnu (1976). His son Rahul Rawail and nephew Rajat Rawail are film directors too; the former paid a tribute to his father's film Sunghursh by titling one of his film as Jeevan Ek Sanghursh (1990).