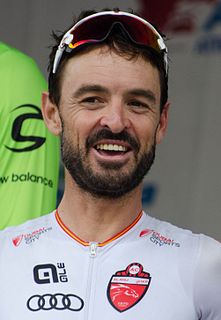 Benjamin John Day is an Australian professional road racing cyclist, who rode professionally between 2002 and 2014. 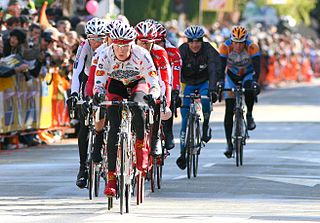 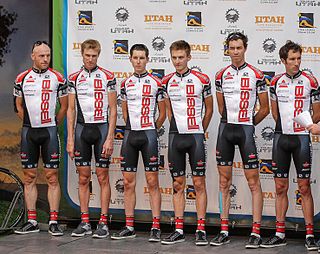 Bissell Pro Cycling Team, or simply Bissell, was an elite men's cycling team registered in the United States as a UCI Continental. The team competed on the USA Cycling National Racing Calendar and the UCI America Tour. 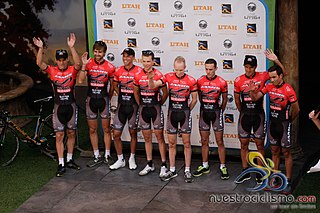 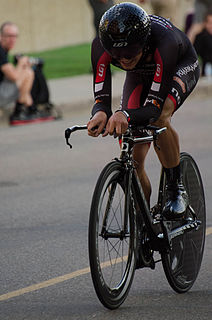 Alexander Cataford is a Canadian racing cyclist, who currently rides for UCI WorldTeam Israel Start-Up Nation. He won the Under-23 title at the 2013 Canadian National Time Trial Championships. He is a six-time Canadian Junior National Champion. In 2011, he was the Junior Pan American Champion in individual pursuit.

Eric Galen Young is an American professional road racing cyclist, who currently rides for UCI Continental team Elevate–Webiplex Pro Cycling. Young won the United States National Criterium Championships in both 2011, while riding with Bissell, and in 2013, while riding with Optum–Kelly Benefit Strategies. Before turning professional, Young attended Indiana University Bloomington and won the Little 500 with the "Cutters" team three years.

UnitedHealthcare Pro Cycling Women’s Team is a professional Women's road bicycle racing team, run by Momentum Sports Group and based in the United States. The team is sponsored principally by UnitedHealth Group. The team's most notable signing is the 2013 Giro Rosa overall winner Mara Abbott. The team made its debut at the inaugural Tour Femenino de San Luis.

Team SmartStop was an American UCI Continental cycling team that was formed in 2008 when the team Time was disbanded. SmartStop was originally named Mountain Khakis. Team SmartStop was directed by former professional cyclist Mike Creed, who in his own right had a very successful international cycling career. After coming on board with Team SmartStop and changing the program to a stage racing team, Creed led the team to many victories in 2014 including the USA Pro Road Race National Championships and the UCI America's Tour. It disbanded after the 2015 season. In January of 2016 riders came forward saying their wages for 2015 had not been fully paid yet. 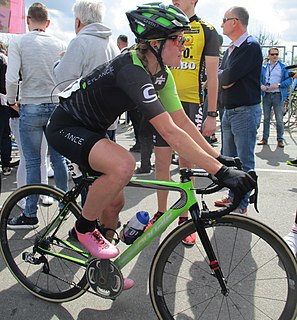 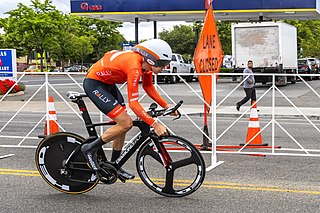 Robert Britton is a Canadian cyclist, who currently rides for UCI ProTeam Rally Cycling. In 2015, he won the overall classification of the Tour of the Gila, a race held in New Mexico. In October 2015 it was announced that Britton had signed an initial two-year contract with Rally Cycling from the 2016 season. 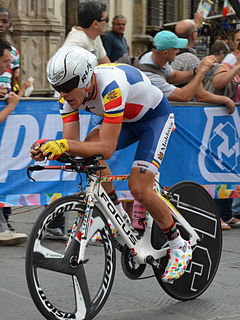 Serghei Țvetcov is a Moldovan-born Romanian racing cyclist, who currently rides for UCI Continental team Team Sapura Cycling. He rode at the 2014 UCI Road World Championships, where he competed in both the road race and the individual time trial. 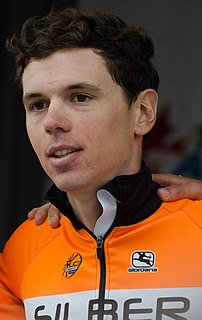 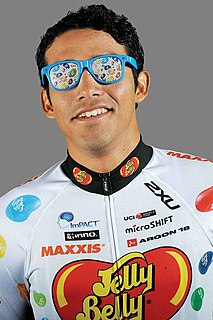 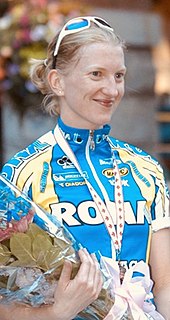 Andrea Hannos is a former Canadian professional road and track racing cyclist who first entered sport in track and field, specializing in the long and triple jump. She attended high school at Little Flower Academy in Vancouver, BC, and graduated in 1991 after winning the triple jump event at the BC High School Track & Field Championships. She then went on to compete in track and field for the University of British Columbia Thunderbirds while earning a Bachelor of Science in Cell Biology. Later, as a collegiate cyclist, she attended Midwestern State University in Wichita Falls, Texas, obtaining a Master of Science degree in biology.