Ralph Rexford Bellamy (June 17,1904 –November 29,1991) was an American actor whose career spanned 65 years on stage,film,and television. During his career,he played leading roles as well as supporting roles,garnering acclaim and awards,including a Tony Award for Best Dramatic Actor in Sunrise at Campobello and Oscar nomination for Best Supporting Actor for The Awful Truth (1937).

Bellamy was born in Chicago. He was the son of Lilla Louise (née Smith),a native of Canada,and Charles Rexford Bellamy. He ran away from home when he was 15 and managed to gain employment in a road show. He toured with road shows before finally landing in New York City. He began acting on stage there and,by 1927,owned his own theater company. In 1931,he made his film debut and worked constantly throughout the decade both as a lead and as a capable supporting actor. He co-starred in five films with Fay Wray.

His film career began with The Secret Six (1931),starring Wallace Beery and featuring Jean Harlow and Clark Gable. By the end of 1933,he had already appeared in 22 movies,including Rebecca of Sunnybrook Farm [1] (1932) and the second lead in the action film Picture Snatcher with James Cagney (1933). He played in seven more films in 1934 alone,including Woman in the Dark ,based on a Dashiell Hammett story,in which Bellamy played the lead,second-billed under Fay Wray. Bellamy kept up the pace through the decade,receiving a nomination for the Academy Award for Best Supporting Actor for his role in The Awful Truth (1937) with Irene Dunne and Cary Grant,and played a similar part,that of a naive boyfriend competing with Grant's sophisticated character,in His Girl Friday (1940). He portrayed detective Ellery Queen in a few films during the 1940s,but as his film career did not progress,he returned to the stage,where he continued to perform throughout the 1950s. Bellamy appeared in other movies during this time,including Dance,Girl,Dance (1940) with Maureen O'Hara and Lucille Ball,and the horror classic The Wolf Man (1941) with Lon Chaney,Jr. and Evelyn Ankers. [2] He also appeared in The Ghost of Frankenstein (1942) with Chaney and Bela Lugosi.

In 1949,Bellamy starred in the television noir private eye series Man Against Crime (also known as Follow That Man) on the DuMont Television Network;initially telecast live in its earliest seasons,the program lasted until 1956 and was simulcast for a season on Dumont and NBC,and ran on CBS during a different year. The lead role was taken by Frank Lovejoy in 1956,who subsequently starred in NBC's Meet McGraw detective series.

Bellamy appeared on television in numerous roles over the following years. He was a regular panelist on the CBS television game show To Tell the Truth during its initial run. Bellamy starred as Willard Mitchell,along with Patricia Breslin and Paul Fix,in the 1961 episode "The Haven" of CBS's anthology series The DuPont Show with June Allyson . About this same time,he also appeared on the NBC anthology series, The Barbara Stanwyck Show . In December 1961,he portrayed the part of Judge Quince in the episode "Judgement at Hondo Seco" on CBS's Rawhide .

During the 1963–1964 television season,Bellamy co-starred with Jack Ging in the NBC medical drama The Eleventh Hour ,in the role of a psychiatrist in private practice. Wendell Corey had appeared in the first season of the series.

Bellamy appeared on Broadway as Franklin Delano Roosevelt in Sunrise at Campobello ,winning a Tony Award for the role in 1957. He reprised the role in the 1960 film version.

Bellamy appeared in the syndicated anthology series, Death Valley Days ("The Vintage Years",1962) as Daniel Quint,a minister. In the storyline,a young woman whom Quint befriends on a stagecoach ride,Lorna Erickson (Merry Anders),sets him up to be robbed by her paramour,Johnny Meadows (William Bryant).

Highly regarded within the industry,Bellamy served four terms as the President of Actors' Equity from 1952 to 1964. On film,Bellamy also starred in the Western The Professionals (1966) as an oil tycoon married to Claudia Cardinale opposite adventurers Burt Lancaster and Lee Marvin,and in Roman Polanski's Rosemary's Baby (1968) as an evil physician,before turning to television during the 1970s. [2] He played many roles in numerous shows,sometimes as a series regular. In 1970 he played the lead role of Ethan Arcane in the ABC TV series The Most Deadly Game . Bellamy portrayed Adlai Stevenson in the TV-movie The Missiles of October (1974),a treatment of the Cuban Missile Crisis. He was a member of the cast of the short-lived CBS espionage drama Hunter in 1977.

An Emmy Award nomination for the mini-series The Winds of War (1983) –in which Bellamy reprised his Sunrise at Campobello role of Franklin D. Roosevelt  –brought him back into the spotlight. This was quickly followed by his role as Randolph Duke,a conniving millionaire commodities trader in Trading Places (1983) alongside Don Ameche. The Eddie Murphy film, Coming to America (1988),included a brief cameo by Bellamy and Don Ameche,reprising their roles as the Duke brothers. [2] Around this time,he again portrayed Franklin Roosevelt in the sequel to The Winds of War, War and Remembrance (also 1988). [2]

Among his later roles was an appearance as a once-brilliant but increasingly senile lawyer sadly skewered by Jimmy Smits' character on an episode of L.A. Law . Bellamy continued working regularly and gave his final performance in Pretty Woman (1990).

Throughout the 1930s and '40s,Bellamy was regularly seen socially with a select circle of friends known affectionately as the "Irish Mafia," although they preferred the less sensational "Boy's Club." This group consisted of a group of Hollywood A-listers who were mainly of Irish descent (despite Bellamy having no Irish family connections himself). Others included James Cagney,Pat O'Brien,Spencer Tracy,Lynne Overman,Frank Morgan and Frank McHugh. [4] Bellamy opened the Palm Springs Racquet Club in Palm Springs,California,with fellow actor Charles Farrell in 1934. [5] [6]

Bellamy was married four times:first to Alice Delbridge (1927–1930),then to Catherine Willard (1931–1945). On the occasion of his marriage to organist Ethel Smith (1945–1947), Time magazine reported,""Ralph Bellamy,41,veteran stage (Tomorrow the World) and screen ( Guest in the House ) actor;and Ethel Smith,32,thin,Tico-Tico-famed cinema electric organist (Bathing Beauty);he for the third time,she for the second;in Harrison,N.Y." [7] She was in fact 42 years old at the time. Bellamy's fourth wife was Alice Murphy (1949–1991;his death). [8]

A Democrat,Bellamy was in attendance at the 1960 Democratic National Convention in Los Angeles. [9]

On November 29,1991,Bellamy died from a lung ailment at Saint John's Health Center in Santa Monica,California. He was 87 years old. [10]

In 1984,Bellamy was presented with a Life Achievement Award from the Screen Actors Guild,and in 1987,he received an Honorary Academy Award "for his unique artistry and his distinguished service to the profession of acting." Bellamy has a star on the Hollywood Walk of Fame at 6542 Hollywood Boulevard. In 1992,a Golden Palm Star on the Palm Springs,California,Walk of Stars was dedicated to him. [11]

In a 2007 episode of Boston Legal ,footage of a 1957 episode of Studio One was used. The episode featured Bellamy and William Shatner as a father-and-son lawyer duo. This was used in the present day to explain the relationship between Shatner's Denny Crane character and his father in the show. 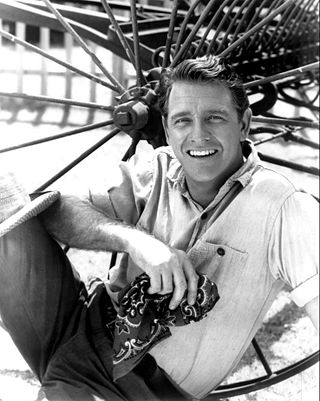 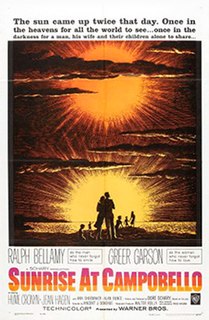 Sunrise at Campobello is a 1960 Warner Bros. biographical film telling the story of the struggles of future President of the United States Franklin Delano Roosevelt and his family when Roosevelt was stricken with paralysis at the age of 39 in August 1921. Based on Dore Schary's 1958 Tony Award-winning Broadway play of the same name, the film was directed by Vincent J. Donehue and stars Ralph Bellamy, Greer Garson, Hume Cronyn and Jean Hagen. 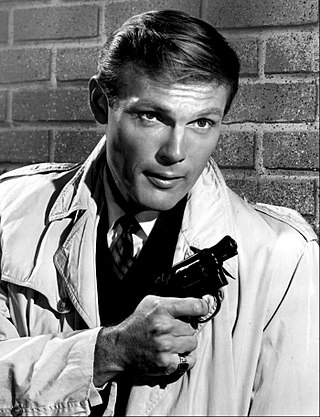 William West Anderson, professionally known as Adam West, was an American actor. He portrayed Batman in the 1960s ABC series of the same name and its 1966 theatrical feature film, reprising the role in other films and television shows until his retirement from live-action appearances. West began acting in films in the 1950s. He played opposite Chuck Connors in Geronimo (1962) and The Three Stooges in The Outlaws Is Coming (1965). He also appeared in the science fiction film Robinson Crusoe on Mars (1964) and performed voice work on The Fairly OddParents (2003–2008), The Simpsons, and Family Guy (2000–2018), playing fictionalized versions of himself in all three.

James Brolin is an American actor. Brolin has won two Golden Globes and an Emmy. He received a star on the Hollywood Walk of Fame on August 27, 1998. He is the father of actor Josh Brolin.

The Ritz Brothers were an American family comedy act who performed extensively on stage, in nightclubs and in films from 1925 to the late 1960s. A fourth brother, George, acted as their manager.

Richard Vincent Van Patten was an American actor, comedian, businessman, and animal welfare advocate, whose career spanned seven decades of television. He was best known for his role as patriarch Tom Bradford on the ABC television comedy-drama Eight Is Enough. 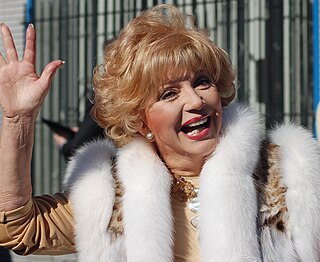 Ruta Lee is an American actress and dancer who appeared as one of the brides in the musical Seven Brides for Seven Brothers. She had roles in films including Billy Wilder's crime drama Witness for the Prosecution and Stanley Donen's musical comedy Funny Face, and also is remembered for her guest appearance in a 1963 episode of Rod Serling's sci-fi series The Twilight Zone called "A Short Drink from a Certain Fountain". 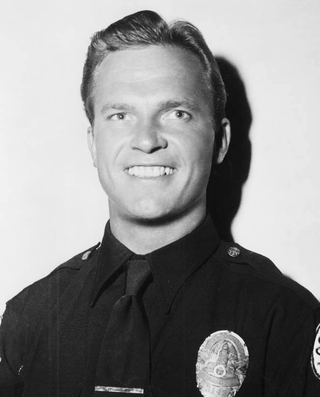 Ralph Meeker was an American film, stage, and television actor. He first rose to prominence for his roles in the Broadway productions of Mister Roberts (1948–1951) and Picnic (1953), the former of which earned him a Theatre World Award for his performance. In film, Meeker is perhaps best known for his portrayal of Mike Hammer in Robert Aldrich's 1955 Kiss Me Deadly. 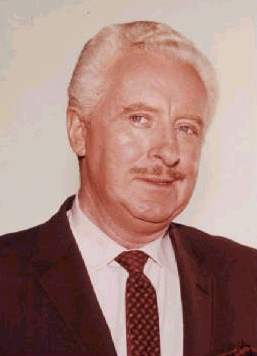 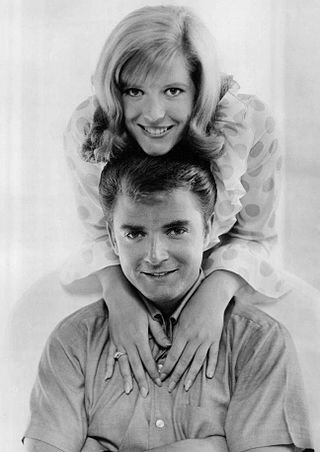 Timothy Daniel Considine was an American actor, writer, photographer, and automotive historian. He was best known for his acting roles in the late 1950s and early 1960s. 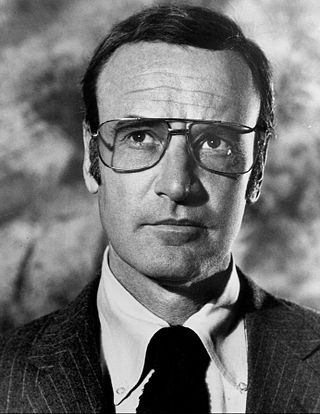 Charles David Farrell was an American film actor of the 1920s silent era and into the 1930s, and later a television actor. Farrell is probably best recalled for his onscreen romances with actress Janet Gaynor in more than a dozen films, including 7th Heaven, Street Angel, and Lucky Star. 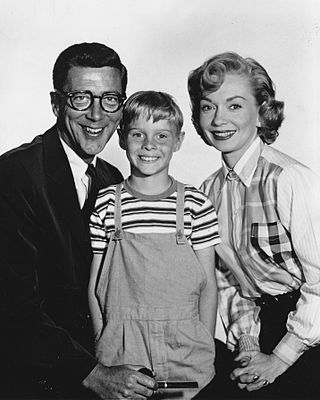 Sunrise at Campobello is a 1958 play by American producer and writer Dore Schary based on U.S. President Franklin Delano Roosevelt's struggle with polio. The film version was released in 1960. 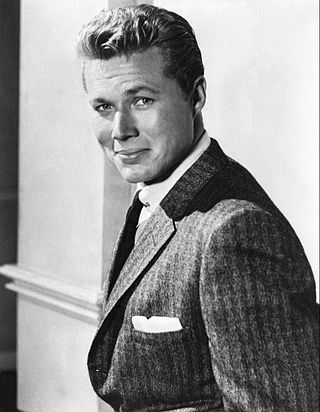 John Smith was an American actor whose career primarily focused on westerns. He had his leading roles in two NBC western television series, Cimarron City and Laramie.

Alan Coe Bunce was an American radio and television actor.

Wikimedia Commons has media related to Ralph Bellamy .
This page is based on this Wikipedia article
Text is available under the CC BY-SA 4.0 license; additional terms may apply.
Images, videos and audio are available under their respective licenses.