Lieutenant-Colonel Ralph Patteson Cobbold DSO (10 February 1869 – 5 December 1965) was a British soldier and writer, who served in the 60th Rifles in India.

Ralph Cobbold was born in Ipswich, the second son of the Ipswich MP John Patteson Cobbold. [1] He was commissioned a second lieutenant in the King's Royal Rifle Corps on 17 October 1888, and promoted to lieutenant on 1 October 1890. [2] He explored the Pamirs in 1897–1898. His report on Russian plans to occupy Chitral was an important episode in the Great Game between the Russian and British empires. [3] [4] [5] [6] [7] In his 1900 book about his travels through the Pamirs, Cobbold wrote " “My original object in visiting the Pamir region of Central Asia was that of a sportsman, and I had no idea of either troubling myself with inquiries into the social and political conditions of the people", [8] but in actuality Cobbold was an agent in the British government and was ordered to travel through the Pamirs.

He was appointed to the reserve in March 1899, but re-enlisted to serve in the Second Boer War which started later the same year. Leaving for South Africa in February 1900, [9] he was appointed a Deputy Assistant Adjutant General in South Africa on 19 July 1900. He later took part in British military operations in Somaliland, and in 1902 received the Second class of the Order of the Star of Ethiopia in recognition of services while attached to the Abyssinian Force which cooperated with the British Force. [10]

Cobbold's first marriage was to Minnie Diana Pitt, with whom he had a son, Ralph Hamilton Cobbold. [11] In 1929, he married Joan Rosemary Graves-Sawle, daughter of Rear-Admiral Sir Charles John Graves-Sawle and, in 1932, he changed his name to Ralph Patteson Sawle by royal licence. [12] 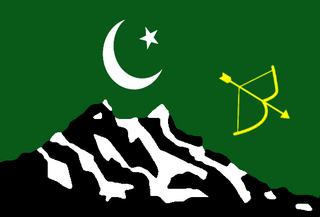 Hunza, also known as Kanjut, was a princely state in a subsidiary alliance with British India from 1892 to August 1947, for three months was unaligned, and then from November 1947 until 1974 was a princely state of Pakistan. Hunza covered territory now forming the northernmost part of Gilgit-Baltistan, Pakistan. 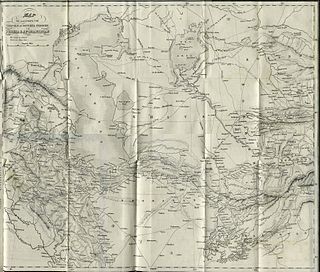 "The Great Game" was a political and diplomatic confrontation that existed for most of the 19th century between the British Empire and the Russian Empire over Afghanistan and neighbouring territories in Central and South Asia. Russia was fearful of British commercial and military inroads into Central Asia, and Britain was fearful of Russia adding "the jewel in the crown", India, to the vast empire that Russia was building in Asia. This resulted in an atmosphere of distrust and the constant threat of war between the two empires. Britain made it a high priority to protect all the approaches to India, and the "great game" is primarily how the British did this. Historians with access to the archives have concluded that Russia had no plans involving India, as the Russians repeatedly stated. 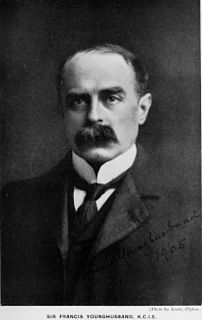 Lieutenant Colonel Sir Francis Edward Younghusband, was a British Army officer, explorer, and spiritual writer. He is remembered for his travels in the Far East and Central Asia; especially the 1904 British expedition to Tibet, led by himself, and for his writings on Asia and foreign policy. Younghusband held positions including British commissioner to Tibet and President of the Royal Geographical Society. 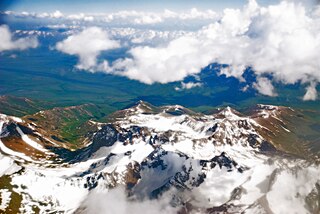 The Pamir Mountains are a mountain range in Central Asia, at the junction of the Himalayas with the Tian Shan, Karakoram, Kunlun, Hindu Kush, Suleman and Hindu Raj ranges. They are among the world's highest mountains.

Arthur Charles Wellesley, 5th Duke of Wellington,, known as Arthur Wellesley from 1876 to 1900, and styled as Marquess of Douro from 1900 to 1934, was a British nobleman and landowner.

Bronislav Grombchevsky was an ethnic Polish officer in the Imperial Russian Army and an explorer/spy, famed for his participation in The Great Game. 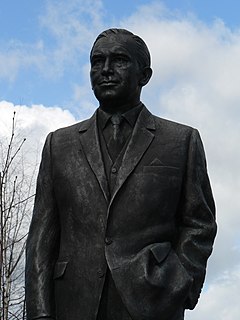 Ipswich Town F.C. is an English association football club based in Ipswich, Suffolk, which was formed in 1878. The side played amateur football until 1936 when the club turned professional and was elected into the Southern League. Ipswich Town were elected into Division Three of the Football League in place of Gillingham F.C. on 30 May 1938.

HMS Crescent was a first class cruiser of the Edgar class. Crescent, and her sister ship Royal Arthur, were built to a slightly modified design and are sometimes considered a separate class. She was launched in 1892, saw early service at the Australia Station and the North America and West Indies Station, served in the First World War, and was sold for breaking up in 1921.

Sir Charles Brune Graves-Sawle, 2nd Baronet was a baronet and a member of the British House of Commons representing Bodmin. 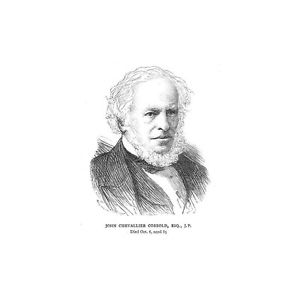 Sir Thomas Edward Gordon was a Scottish soldier, diplomat, and traveler. A British Army officer, he fought in India, served as a diplomat in Tehran, and travelled across the Pamirs. These days he is primarily remembered as an author of several books about India, Persia, and Central Asia of the 19th century.

Roshor is a village located on the upper reaches of the Bartang River in Rushon District, Gorno-Badakhshan Autonomous Province, Tajikistan.

Major-General Sir Reginald Walter Ralph Barnes was a cavalry officer in the British Army. He served in several regiments, and commanded a battalion of the Imperial Yeomanry, the 10th Royal Hussars, the 111th Brigade, and three divisions.