Ralph Waldo Ince (January 16, 1887 – April 10, 1937) was an American pioneer film actor, director and screenwriter whose career began near the dawn of the silent film era. Ralph Ince was the brother of John E. Ince and Thomas H. Ince.

Ralph Ince was born in Boston, Massachusetts, [1] the younger of three sons and a daughter raised by English immigrants, John and Emma Ince. Sometime after his birth Ince moved to Manhattan where his entire family was engaged in theater work; his father as a musical agent and mother, sister Bertha and brothers, John and Thomas as actors. [2] Ralph Ince studied art with cartoonist Dan McCarthy and for a while worked as a newspaper cartoonist for the New York World and later magazine illustrator for the New York Mirror and The Evening Telegram. At times over his acting and directing career Ince would continue to contribute cartoons to popular magazines of the day. Early on in his career Ince, who had done some stage acting as a child, was a member of Richard Mansfield's stock company playing parts in The College Widow and Ben Hur . [3] [4]

Around 1906 Ince became an animator in the fledgling film industry working for Winsor McCay, but soon turned to acting and joined Vitagraph Studios where he became known for his portrayals of Abraham Lincoln in a series of one reel films. [3] [4] Ince began directing at Vitagraph around 1910 and was officially advanced to the director's chair in 1912, though he still continued to act in many of his films and throughout his career. [5] Ince would go on to direct some 171 films between 1910 and 1937 and appear in approximately 110 films over nearly the same time period. [6]

Ince married three times, first to Vitagraph player Lucille Lee Stewart, sister of actress Anita Stewart. Their fifteen-year marriage ended in 1925, two years after she had left him. [8] The following year he married Rosa Castro Martinez (stage name Lucille Mendez), an 18-year-old Venezuelan stage and screen actress, daughter of Venezuelan President Cipriano Castro. This union ended in 1932 after she claimed Ince damaged her career by not allowing her to accept certain job offers. [9] Ince's last wife was Helen Ruth Tigges, a native of Frazee, Minnesota. She was the mother of his only child, born just months before his death at age fifty. [10]

Ralph Ince died on April 10, 1937, when a car his wife was driving struck an iron standard near their residence in the Kensington district of London, England. The force of the impact, though not great, proved fatal to Ince when his head struck the dashboard. Helen Ince suffered cuts and bruises that required hospitalization. Ince and his wife had moved to Britain shortly after they had married in 1932 to continue his film work there. [10] Ince was cremated at Golders Green. [11] 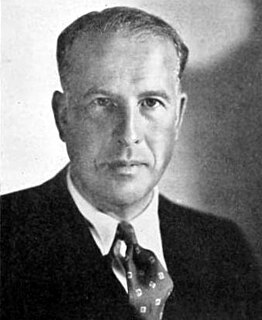 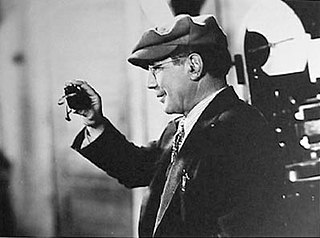 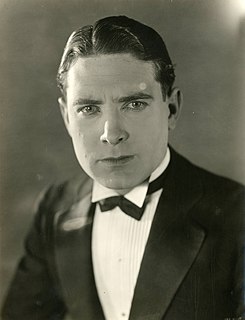 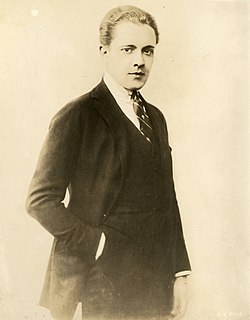 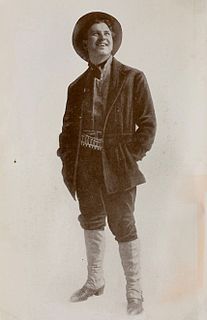 Robert North Bradbury was an American film actor, director, and screenwriter. He directed 125 movies between 1918 and 1941, and is best known for directing early "Poverty Row"-produced Westerns starring John Wayne in the 1930s, and being the father of noted "cowboy actor" and film noir tough guy Bob Steele.

Anton Grot was a Polish art director long active in Hollywood. He was known for his prolific output with Warner Brothers, contributing, in such films as Little Caesar (1931), and Gold Diggers of 1933 to the distinctive Warners look. According to a TCM profile, he showed a "flair for harsh realism, Expressionistic horror and ornate romantic moods alike".

Wikimedia Commons has media related to Ralph Ince .
This page is based on this Wikipedia article
Text is available under the CC BY-SA 4.0 license; additional terms may apply.
Images, videos and audio are available under their respective licenses.