Neville had a brother who died young, and a sister, Isabel, who married firstly, Sir Robert Plumpton, and secondly, Lawrence Kighley, Esq. Some sources refer to another sister, Cecilia, who married John Weston. [2]

After his father's death in 1498, Neville's mother, Edith, married Thomas Darcy, 1st Baron Darcy of Darcy, who was beheaded on Tower Hill 30 June 1537 for his part in the Pilgrimage of Grace. She died at Stepney on 22 August 1529, and was buried at the Friars Observant, Greenwich. [3]

Neville inherited the earldom of Westmorland as an infant at the death of his grandfather on 6 February 1499. On 9 July 1510, at about the age of twelve, his wardship was granted to Edward Stafford, 3rd Duke of Buckingham. [4]

As a young man, Westmorland was among those who attended King Henry VIII at the Field of the Cloth of Gold in June 1520 and at his meeting with Emperor Charles V at Gravelines in July. On 7 November 1520 he had livery of his lands. [5] He was present at the reception for the Emperor near Dover in May 1522. In 1522–23 Westmorland saw military service on the Scottish border, where he was knighted in the latter year by Thomas Howard, then Earl of Surrey. He was installed as a member of the Order of the Garter on 25 June 1525, and before 5 February 1526 was a member of the King's Privy Council. He continued to serve on the northern border, being appointed Deputy Captain of Berwick and Vice Warden of the East and Middle Marches from October 1525 to September 1526 under the King's illegitimate son, the Duke of Richmond. In January 1526 he was the chief envoy charged with concluding a truce with Scotland. [6]

On 13 July 1530 Westmorland was among those who signed the letter to Pope Clement VII urging the annulment of the King's marriage to his first wife, Catherine of Aragon. In May 1534 he was a member of a commission directed to inquire into alleged treasonous activities by William Dacre, 3rd Baron Dacre of Gilsland.[ citation needed ] He again saw military service in the north when in June and July 1535 he was among those charged with suppressing disorders in Northumberland, Cumberland, and Westmorland. On 15 May 1536, he was one of the peers who took part in the trial of the King's second wife, Anne Boleyn. During the Pilgrimage of Grace in 1536–37 Westmorland remained loyal to the King, which Archbold notes is 'surprising, considering his family connections'. He refused an appointment as Warden of the East and Middle Marches at this time, allegedly because his men supported the rising. At the time Norfolk described him as 'a man of such heat and hastiness of nature' as to be 'unmeet' for the appointment. However, as Dockray notes, Norfolk may have been disparaging a potential rival. On 14 January 1537 he was made a member of the Council of the North. [7]

When his three children - Henry, Dorothy and Margaret - married in a triple-Neville ceremony in 1536, both Henry VIII and his third wife, Jane Seymour, attended the wedding.[ citation needed ]

On 12 November 1537 Westmorland attended the funeral of the King's third wife, Jane Seymour. In 1538 he was again disparaged, on this occasion being described by an anonymous writer as a man 'of great power without wit or knowledge'. In May 1544 he was in command of the East and Middle Marches during the invasion of Scotland under Edward Seymour, 1st Earl of Hertford. [8]

Westmorland was first betrothed to Elizabeth Stafford (c.1497 – 30 November 1558), the eldest daughter of his guardian, Edward Stafford, 3rd Duke of Buckingham, and Eleanor Percy, with whom he is said to have been in love, and whom he was to have married before Christmas 1512. However about that time Thomas Howard made suit for her, and Elizabeth married Howard, as his second wife, before 8 January 1513. [10] Westmorland married instead, before June 1520, Stafford's second daughter, Katherine (d. 14 May 1555). They had eighteen children, including: [11] 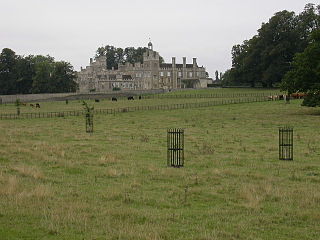 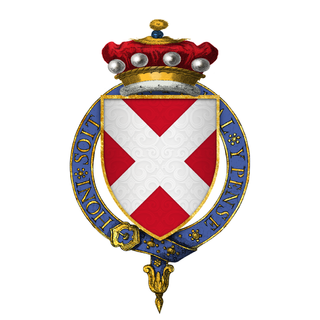 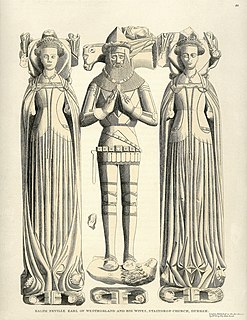 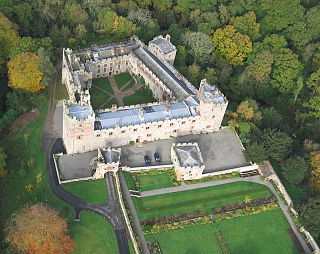 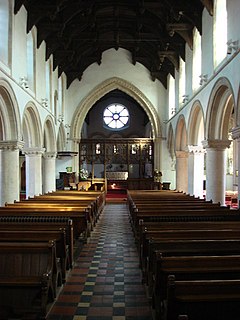 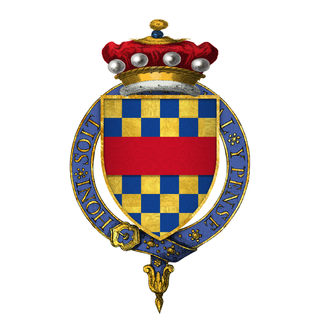 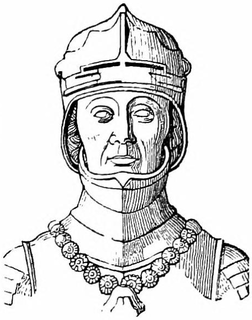 Ralph Neville, 2nd Earl of Westmorland was an English nobleman in northern England.