Ralph was born on 24 September 1301, the son of Edmund de Stafford, 1st Baron Stafford and Margaret Basset. [4] Having lost his father at the age of seven, Ralph grew up in the midlands with his mother's relatives, including her second husband Thomas Pipe. He had his first experience of royal service, along with his brothers and stepfather, when he joined the retinue of Ralph, 2nd Lord Basset. [5]

Stafford was made a Knight banneret in 1327 and was fighting the Scots shortly afterwards. He supported the plot to free Edward III of England from the control of Roger Mortimer, which earned the king's gratitude. By the summer of 1332, he was a commissioner of the peace in Staffordshire and had served abroad on royal business, accompanying Hugh de Audley, 1st Earl of Gloucester. He was also still fighting the Scots, commanding archers at the Battle of Dupplin Moor on 11 Aug 1332 and on three further Scottish campaigns. [5]

He was first summoned to Parliament by writ as Lord Stafford on 29 November 1336 and continued to attend until 1350.

His military career continued, accompanying King Edward to France in 1338 as an advisor and being present at the naval battle of Sluys on 24 June 1340. He also fought at the relief of Brest and the siege of Morlaix. He was captured at Vannes but was exchanged in time to negotiate a truce at Malestroit.

On 6 January 1341, he was made Steward of the Royal Household but resigned that post on 29 March 1345 having assumed the office of Seneschal of Aquitaine, an English possession in France, where he stayed for about a year. He took part in the Gascon campaign of 1345 including the battles of Bergerac and Auberoche, the siege of Aiguillon, from where he escaped prior to its lifting, a raid on Barfleur and the English victory at the Battle of Crecy, on 26 August 1346. He became one of the twenty-six founding members and the fifth knight of the Order of the Garter in 1348. [5] [6]

In November 1347, his wife's father died; they were able to take possession of his estates without paying the king's homage, an indication of the relationship between them. Ralph was now a very wealthy man, from his estates and from the many prizes from the French war. [5]

Edward III created a number of new peerage titles to honour his war captains and to mark his jubilee year. Ralph was created the 1st Earl of Stafford on 5 March 1350, with an annuity of 1000 marks. He now replaced Henry of Grosmont, 1st Duke of Lancaster as the king's lieutenant in Gascony. He committed to serve with 200 men at his own expense with the expectation of this being doubled in March 1353 at the king's expense. The campaigns provided several captives that were ransomed, but were ultimately unsuccessful, leading to the appointment of Edward, Prince of Wales to command. [5]

Even at the age of sixty, Stafford continued to command troops and act as a royal envoy, both in France and in Ireland in 1361, accompanying Lionel of Antwerp to try and restore English control.

He later sensationally abducted Margaret de Audley, 2nd Baroness Audley, daughter of Hugh de Audley, 1st Earl of Gloucester and Margaret de Clare, who was worth at least £2,314 a year, more than ten times his own estates. Her parents filed a complaint with King Edward III of England, but the King supported Stafford's actions. In compensation, the King appeased Hugh and Margaret by creating Hugh the 1st Earl of Gloucester. Margaret de Audley and Stafford married before 6 July 1336 and they subsequently had two sons and four daughters:

James Tuchet, 7th Baron Audley was the only lord to fully join the Cornish Rebellion of 1497 opposing the rule of Henry VII of England. He was a leader in the rebel army's march to the edge of London, and in its defeat at the Battle of Deptford Bridge. Captured on the battlefield, he was sentenced for treason and beheaded. His peerage was forfeited, but restored to his son in 1512.

The Stanley family is an English family with many notable members, including the Earls of Derby and the Barons Audley who descended from the early holders of Audley, Staffordshire. The Audley family in the male line lost prominence after its considerable estates were passed by a number of female heiresses in different branches of the family. 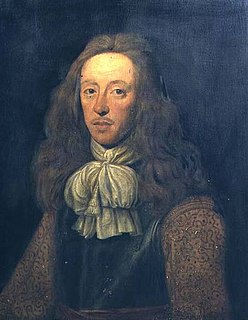 Sir John de Sutton IV is the 3rd Baron Sutton of Dudley, and heir of Dudley Castle. He was the son of Sir John de Sutton III, 2nd Lord of Dudley, and Katherine de Stafford, youngest daughter of Ralph de Stafford, 1st Earl of Stafford. At the time of his father's death, John IV was a minor whose wardship and marriage was granted to Richard FitzAlan, 11th Earl of Arundel. During the fifth year of Richard II of England, 350 marks was paid to Sir Philip le Spencer, to be a guardian over John IV with the arrangement of marriage to his daughter, Alice. She died in 1392 without issue. John married secondly to an unknown Joan, by whom Sir John de Sutton V succeeded as heir.

Thomas Stafford, 3rd Earl of Stafford was the second son—but the senior surviving heir—of Hugh Stafford, 2nd Earl of Stafford and Philippa de Beauchamp, daughter of Thomas de Beauchamp, 11th Earl of Warwick. His elder brother, his father's heir, Sir Ralph Stafford, was murdered by Richard II's half-brother, the earl of Huntingdon whilst they were campaigning in Scotland in July 1385. As a result, Thomas became heir to the earldom of Stafford, and in 1390 he was knighted. He gained livery of his estates in 1391 and paid homage to the king for them on 20 October that year. He spent his short career campaigning in France alongside the duke of Gloucester. 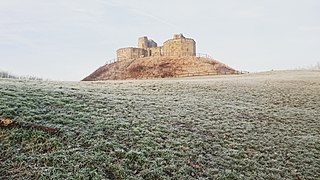