Webb was born at sea, on a British liner bound for India. He worked as a deck hand on a whaling vessel.

During World War I, he rose in the ranks of the army to Lieutenant-Colonel and commanded the 47th Battalion. He was awarded the Military Cross, the Distinguished Service Order, and the Croix de Guerre. [2]

He was a virulent opponent of the Winnipeg General Strike in 1919, calling for the deportation of "radical agitators" and urging "the whole gang be dumped in the Red River".

His tenure as mayor began in 1924, when he defeated the incumbent Seymour Farmer. Webb's candidacy was supported by the city's business community, and his support base was located in the city's wealthy south-end.

After a series of labour strikes in 1931, Webb urged the "deportation of all undesirables", including communists, from Canada. A few Communist leaders were put in prison, and many deportations, usually on grounds of being dependents of the state, did occur.

A staunch monarchist, he also attacked Chicago's Big Bill Thompson for his criticisms of royalty.

A flamboyant politician, Webb was known as a strong civic booster and an effective salesman of Winnipeg on the international stage. After several re-elections, he was finally defeated by John Queen in 1934.

Webb was first elected to the legislature in the 1932 provincial election, defeating a candidate of the Independent Labour Party in the constituency of Assiniboia.

He ran for re-election in Winnipeg in the 1936 campaign. At the time, Winnipeg elected ten members by a single transferable ballot. Webb finished third on the first count, and was declared elected on the second.

Having served in opposition since 1915, the Conservatives joined an all-party coalition government in 1940. Webb briefly served as a government backbencher, but did not seek re-election in 1941. Webb died on June 1, 1945 in Ottawa, Ontario.

John Queen was a labour activist and Manitoba politician who was a leader of the Winnipeg General Strike, for which he served a year in prison.

Edwin Arnold Hansford was a politician in Manitoba, Canada, and served as leader of that province's Co-operative Commonwealth Federation between 1948 and 1952.

Donovan Swailes was a politician and musician in Manitoba, Canada. He served in the Legislative Assembly of Manitoba as a member of the Cooperative Commonwealth Federation from 1945 to 1959.

Gordon Minto Churchill, was a Canadian politician. He served in the Legislative Assembly of Manitoba from 1946 to 1949 as an independent representative, and in the House of Commons of Canada from 1951 to 1968 as a Progressive Conservative. He was a federal cabinet minister in the government of John Diefenbaker.

George Dinsdale was a politician in Manitoba, Canada. He served as a Conservative representative in the Legislative Assembly of Manitoba from 1932 until his death.

H. Ralph Maybank was a politician from Manitoba, Canada. He served in the Legislative Assembly of Manitoba from 1932 to 1935, and in the House of Commons of Canada from 1935 to 1951. Maybank was a member of the Liberal Party of Canada. 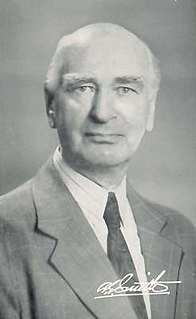 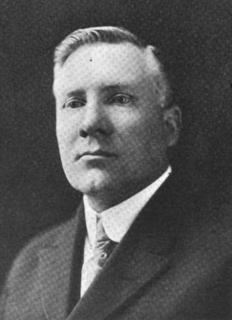 The Labor-Progressive Party was the legal front of the Communist Party of Canada from 1943 to 1959.

Jessie Lennox Kirk was a Canadian alderwoman. In 1920, Kirk became the first ever woman to be elected in the Winnipeg City Council. After her defeat in 1922, she ran for re-election multiple times from the 1920s to 1940s but did not win back her seat. Apart from her municipal career, Kirk was the nominee of the Dominion Labour Party for the 1920 Manitoba general election but was replaced due to the Winnipeg general strike.