Ramón Arturo Peña Padilla (born May 5, 1962 in Santiago, Dominican Republic) is a retired relief pitcher in Major League Baseball who played one season for the Detroit Tigers. He is the brother of former major league catcher Tony Peña and the uncle of current Boston Red Sox minor league pitcher Tony Peña, Jr. [1]

He was initially signed by the Pittsburgh Pirates as an amateur free agent in 1980, but was released prior to the start of the 1982 season. [1] In 1984 he was signed by the Tigers, spending five seasons in their minor league organization before making his major league debut in 1989. Since Ramón was in the American League while Tony was playing for the St. Louis Cardinals of the National League, and since interleague play didn't begin until 1997, the two brothers never played against each other in the major leagues. [2] [3]

His career was much shorter and less successful than those of his two relatives. In eight career regular season games, had a lifetime earned run average of 6.00, allowing twelve earned runs in eighteen innings, as well as a WHIP of 1.89. [1] Although he didn't earn a decision in any of his eight appearances, he didn't pitch a game in which his team earned the win. [2] He made his major league debut on April 27, 1989 against the California Angels at Anaheim Stadium in Anaheim, California. Peña surrendered three runs on seven hits in 2​2⁄3 innings in a relief appearance in a 10-3 Tigers loss. [4] Oddly, despite his rather high 6.00 earned run average, he did not surrender a home run to any of the 88 batters he faced in the major leagues. [2]

During his five seasons in the Tigers' farm system, Peña served as a part-time closer for the Class-A Lakeland Tigers of the Florida State League, the Double-A Birmingham Barons of the Southern League, and the Triple-A Toledo Mud Hens of the International League before being recalled in 1989 to play for the Tigers. [5] In the minor leagues, Peña had a lifetime record of 34-33, an ERA of 3.05, as well as 50 saves. [5]

Peña served as the Tigers’ special assistant to general manager Dave Dombrowski until he was fired on May 17, 2006. [6] 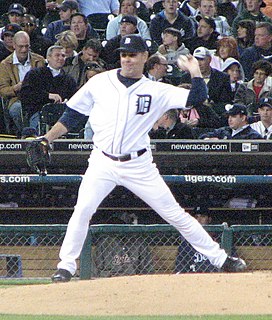 Kenneth Scott Rogers is an American former Major League Baseball (MLB) pitcher. During a 20-year baseball career, he pitched from 1989 to 2008 for six different teams. He won the 1996 World Series with the New York Yankees against his hometown Atlanta Braves and played in the 2006 World Series with the Detroit Tigers. In addition to being known for his fielding, he pitched the fourteenth perfect game in major league baseball history. In 2008, he was the oldest baseball player in the American League. 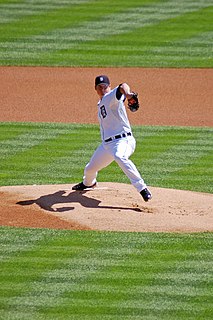 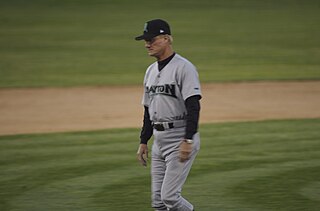 Gerónimo Emiliano Berroa is a Dominican former professional baseball outfielder. He played for nine Major League Baseball (MLB) teams from 1989 to 2000, and also played one season in the KBO League in 2002.

Tony Francisco Peña is a Dominican former professional baseball pitcher. Peña played shortstop until the 2009 season, when he converted to pitching. 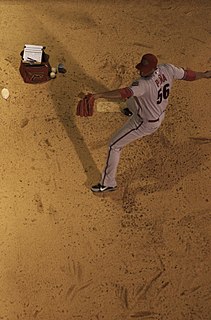 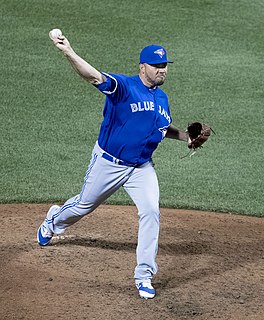 Stephen Joseph Grilli is an American former professional baseball pitcher, who played in Major League Baseball (MLB) for the Detroit Tigers and Toronto Blue Jays. Grilli played for six seasons in baseball, but only played in the major league for parts of four seasons. After graduating from Gannon University, Grilli was signed as an undrafted amateur free agent by the Tigers in the middle of the 1970 season, although he didn't make his major league debut until five years later at the age of twenty-six on September 19, 1975 as a reliever in a game against the Boston Red Sox at Tiger Stadium in which he pitched three innings and allowed one hit without surrendering a run. Plagued by control problems with his pitches and walking more batters than he struck out, he worked out of the bullpen for the next two years until being purchased by the Blue Jays before the 1978 season.

Below is a partial list of minor league baseball players in the Detroit Tigers system. 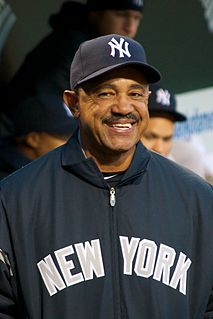 Todd Andrew Smyly, nicknamed "Smiles", is an American professional baseball pitcher for the San Francisco Giants of Major League Baseball (MLB). He previously played for the Detroit Tigers, Tampa Bay Rays, Texas Rangers, and Philadelphia Phillies. Prior to his professional career, Smyly played college baseball at the University of Arkansas. He competed for the United States national baseball team, winning the silver medal in the 2011 Pan American Games. The Tigers drafted Smyly in the second round of the 2010 MLB draft. He made his major league debut in 2012.

José Manuel Fernández is a Dominican professional baseball pitcher in the Atlanta Braves organization. He has played in Major League Baseball (MLB) for the Toronto Blue Jays and Detroit Tigers.

Nicholas Randolph Ramirez is an American professional baseball pitcher in the Detroit Tigers organization. He has played in Major League Baseball (MLB) for the Tigers.